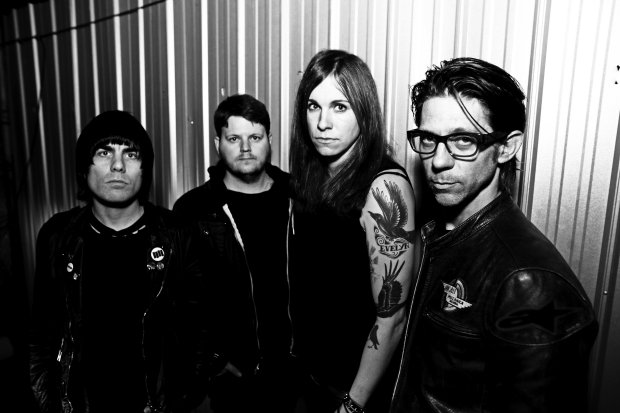 We've espoused our belief that bands should keep it positive on social media, but we can't pretend that's a be-all, end-all rule. The best practices for the medium are not so cut and dry; just like with any aspect of independent music marketing, things can often be quite abstract. But when public blowouts begin to make the rounds among both fans and the media, there's more for onlookers to do than simply gawk as the drama unfolds. For fledgling bands especially, there's always a lesson to be learned.

This is part one in a series of posts recalling last year's most visible social media incidents, from arguments, to offensive content, to bewildering back-and-forths. Because the way you wish to present yourself is solely your (and probably your bandmates') decision, we can't instruct you to view these situations as strictly fails or successes. Instead, we'll simply present the details to get you thinking about what you can glean about your own social media strategy from the goings-on of others.

Grimes sounds off on Ariel Pink

Ariel Pink's frequently controversial comments have created a sect that believes he's a contentious jerk, another that thinks he's an eccentric pop genius, and countless others that are rooted in confusion. The bulk of his questionable remarks don't directly relate to Grimes, like the "maced by a feminist" story or the logic behind his admiration for the Westboro Baptist Church. But when he dubbed all of Madonna's entire post-debut trajectory a "downward slide," Grimes responded with some incensed tweets:

Also ray of light is a masterpiece

To be clear, Grimes' opinion isn't the topic of debate here. What we're concerned with is tact, how her tweets may have affected her fans, and the events that followed as a result. The first two issues are subjective, sure. But fellow musicians also joined in, and Ariel Pink most definitely responded on Twitter, then eventually addressed the issue in a Guardian interview in which he called her "stupid and retarded."

Laura Jane Grace of Against Me! name-calls ex-member

Late-joining Against Me! drummer Jay Weinberg (son of the famed Max Weinberg) announced his departure from the band in 2012 through a tweet posted shortly after the publication of Grace's in-depth, intimate Rolling Stone interview. While that's a bit off on its own, it's what happened last fall that's bothersome. When rumors surfaced that Weinberg would soon join Slipknot, Grace published a series of seemingly vindictive statements.

My maturity level directly corresponds to my caffeine intake. I'm a 5 year old when I first wake up.

We once had a drummer who would go behind our back and tell house light people to focus all stage lights on him. #entitlement

I'm just kidding, none of that ever happened.

Yikes, this one's a doozy. Jack Conte of Northern California pop act Pomplamoose disclosed last year's tour income – and poor outcome – in an essay on Medium which was shared on Facebook and other sites and, by most standards, went viral. At first glance, the story seemed to be a way to explain indie band logistics; for one, that they're not as monetarily successful as they might seem. What Conte didn't mention, however, are his ties with Patreon, a crowdfunding service he co-founded and subtly plugged in that same narrative. After plenty of media backlash, Conte clarified that he does not receive a salary from the company. Still, a bad taste was left in the mouths of many who believe he's not being entirely transparent about the connection.

So what do you think – were these fails or successes? Which social media spats from 2014 would you like to see in future posts in the series? Share your thoughts in the comments below!

And check out part two and part three of this series on social media spats!