Is This the End of Freemium for Spotify? 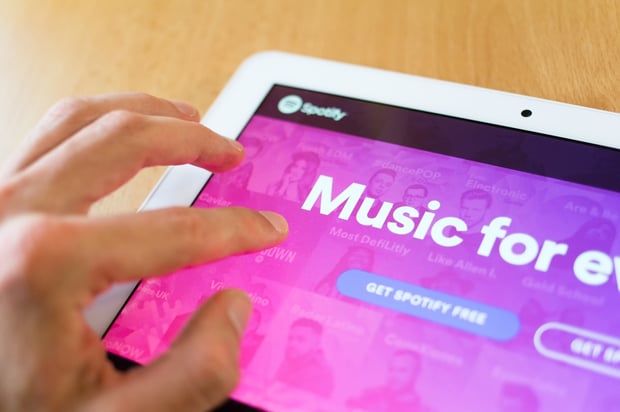 Photo by M-SUR via Shutterstock

This article originally appeared on musicindustryblog.wordpress.com.

"Leaked" Spotify numbers emerged recently indicating that the streaming service has just hit 37 million subscribers, which puts more clear water between it and second-placed Apple Music, despite the latter’s recent growth. It also means that Spotify is now nearly 10 times bigger than Tidal and probably Deezer (which hasn’t reported numbers since its France Telecom bundle partnership ended). It's beginning to look suspiciously like a two-horse race.

But there's a more important story here: Spotify’s accelerated growth in Q2 2016 was driven by widespread use of its $0.99-for-three-months promotional offer. Which itself comes on the back of similar offers having supercharged Spotify’s subscriber growth for the last 18 months or so. In short, $9.99 needs to stop being $9.99 in order to appeal to consumers. Which is another way of saying that $9.99 just isn’t a mainstream price point.

As the IFPI’s 2015 numbers revealed, the average label revenue per music subscriber fell globally from $3.16 in 2014 to $2.80 in 2015, with price discounting a key factor. According to Music Business Worldwide, four million of Spotify’s newly acquired seven million subscribers were on promotional offers and around 1.5 million of those are expected to churn out when their promotional period ends.

That might sound high, but it actually represents a 79 percent conversion ratio, which is a stellar rate by anyone’s standards. Meanwhile, Spotify’s total user base is 100 million, which means the free-to-paid ratio is 37 percent. So price promos are converting at more than double the rate of freemium. Does this mean the end of freemium?

Freemium proved highly valuable to Spotify in its earlier years and continues to be an important entry strategy for new markets. But last year record label execs started to observe that free just wasn’t converting at the same rate it once did in mature markets like the US. This was because most of the likely subscribers had already been converted, and so the majority remaining were freeloaders who were never going to pay, and warm prospects who just couldn’t bring themselves to pay $9.99.

This is where price promos come into play. They deliver the impact of mid-priced subscriptions, which is enough to hook those wavering free users. Once they get used to paying, the majority tend to stick around when the price goes back up.

Mid-priced subscriptions will drive the market, even if by stealth

I have long argued that mid-priced subscriptions are crucial to driving the streaming market, and the burgeoning success of Spotify’s mid-priced-subscriptions-by-stealth strategy provides a bulging corpus of supporting evidence. In fact, the average spend of Spotify’s seven million net new subscribers in Q2 2016 was $3.09 a month. The tantalizing question is whether those 1.5 million promo users who are expected to churn out would take a $3.99 product if it were available.

As the streaming market becomes increasingly sophisticated, the leading players will have to rely ever more heavily on differentiation strategies. For Tidal and Apple, that means urban-focused exclusives; for Spotify (for now, at least), that means algorithmic, personalized curation and aggressive price discounting. And in Q2 2016, it is Spotify’s strategy that is winning out, resulting in 2.3 million net new subscribers each month compared to 1.4 million for Apple Music and 0.3 million for Tidal.

Next up: 6 Easy Steps to Streaming Success on Spotify

Mark Mulligan is a long-term music industry analyst and commentator as well as being the Managing Director of MIDiA Research, an analysis and data company focused on the intersection of media and technology. Mark is also the author of the Music Industry Blog and the book Awakening: The Music Industry In The Digital Age, the definitive account of the rise of the digital music market.