The Essential Guide to Microphone Pickup Patterns: What Every Musician Needs to Know 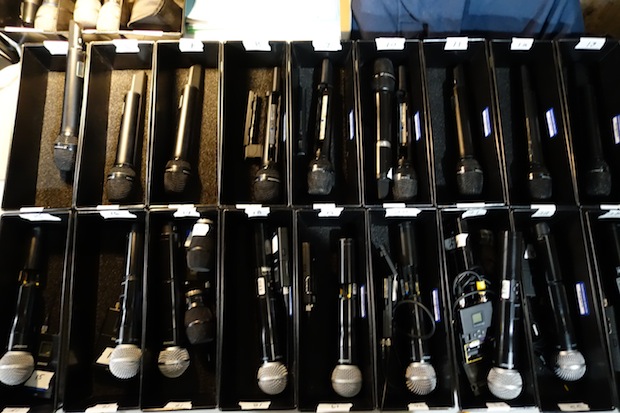 In the world of audio, not all microphones are created equal. For the most part, all microphones do the same thing: take a physical sound and translate it into something that we can control electrically. The way in which they go about doing it, however, can make all the difference in having the best sound you can onstage and in the studio. I thoroughly encourage musicians to get to know microphones, find out which ones work best for them, and own their own mics for that purpose.

Omnidirectional microphones (sometimes shortened to just "omni") are mics that are sensitive to sound in all directions. Whether a sound source is above, below, next to, behind, or in front of the microphone, it'll pick up sound fairly equally – not perfectly so, but I won't bore you with the science behind that. What is attractive about these microphones is that they're coveted for their low "coloration" of a sound and their impressively flat frequency response throughout the entire spectrum of audible sound, particularly in the lower frequencies. These microphones are also less susceptible to noise from wind or the plosive (Ps and Bs) attacks of a vocalist. Because of their pickup pattern, however, these mics are rendered almost useless in most live sound settings and find their use almost exclusively in a studio environment. 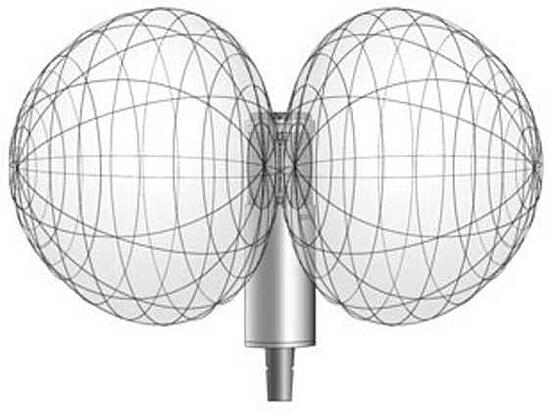 Bidirectional mics (also called "figure eight" mics) pick up sound equally from the front and rear of the microphone. Due to the nature of how these mics function, they're incredibly insensitive to sound sources that are located immediately to the either side of the microphone (90° off-axis). This is another pickup pattern that's difficult to manage in most live sound settings, but has some interesting uses in a studio environment, particularly with creative placement because of its excellent rejection of anything to the sides of the microphone.

Cardioid is the first in our selection of unidirectional microphones, meaning that they're designed to pick up sound in only one direction. You might be thinking that cardioid may have something to do with "heart," and you're not wrong! The cardioid pattern can best be described as a heart-shaped pattern, making cardioid microphones sensitive to sounds directly in front of the mic and not from behind them. Finally, a microphone that excels in both the studio and the live sound world! These mics pick up very little else besides where they're pointed, making them a great first candidate for a vocal or instrument mic.

They aren't without their own cons, however. It's much more difficult to find a cardioid mic without a "character" to the way in which it picks up certain frequencies (though this isn't always necessarily a bad thing). The other phenomenon common to this type of pickup pattern is what we refer to as the "proximity effect." As a sound source approaches the microphone capsule and gets particularly close (somewhere within a few centimeters to actually touching the grille of the mic), there's a noticeable increase in the low frequency response. You may have noticed this when you get closer to a microphone and your voice sounds bigger and fuller than when you're farther away. As a vocalist, this can be exploited to add a certain warmth or fullness to the voice, but becomes problematic if a vocalist has a tendency to greatly vary his or her distance from the microphone, causing unpleasant changes in the timbre of his or her voice.

The cousin of the cardioid microphone, this type of microphone exhibits similar directional qualities with a few small, though very important, differences. These microphones are another great choice in the live sound realm, particularly for vocalists, as they have an even tighter and more directional response than similar cardioid microphones. This is great on particularly loud stages where there may be a lot of ambient noise surrounding a vocalist, and you want to hear only the vocalist in that microphone loud and clear.

On the flip side, however, this can prove problematic for active vocalists, who, due to their movements onstage, may vary the angle of their approach on the microphone, which contributes to changes in tone and general volume. Even moving a little off-axis to one side or the other on these microphones can make an appreciable difference. The other con that one must be aware of with this pattern is the little "bunny tail" to the rear of the microphone because of the capsule design. Your points of rejection now live somewhere between 110° and 125° from where the mic picks up, as opposed to directly behind it. Though nowhere near the pickup response of the figure eight-style mics, care must be taken where the rear of the microphone is pointed. As a vocalist, if you point that "bunny tail" into your floor wedge all night, nobody's going to have a good time, and feedback will be a guest artist sitting in with you for the rest of your gig.

Take this as some food for thought when considering mic choices for yourself, and as always, try things out and see what works best for you.