The Long Haul: A Basic Guide to Keeping Your Band Alive and Well 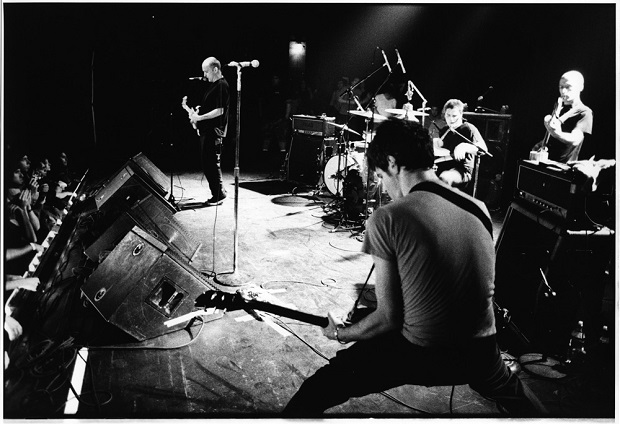 The ultimate independent band, Fugazi made music and conducted its business on its own terms. Their legacy speaks for itself. (Photo by Ed Templeton)

The old adage goes something like this: all bands are like dysfunctional families. Of course you can't choose your family – at least the one you're born into. And even though you choose who you play music with, realizing that you have chemistry with other musicians can elicit feelings so strong that it would seem inconceivable to play with anybody else. And maybe you can't.

Nowadays, I have a few different musical projects, but my favorite is still Teen Getaway. And though we're not currently active, we've stayed together because we love the music we make. It's a unique bond – one that I'm thankful to have. It hasn't always been easy but, when it works, it's a satisfaction like no other.

So whether your band burns fast and bright or is around for the long haul, if you wanna keep making music then you have to find a way to get along. So here are some things to consider.

Do you want to make records? Get signed? How much do you want to practice? Are you gonna tour? Is this serious? Is it just for fun?

Playing in a band should be fun, but no one will blame you for wanting to take things to another level. However, achieving success as a band – no matter what that means – is a lot of work. So before you decide to become a dictator or lash out at your bandmates for not sharing similar levels of enthusiasm or commitment, you need to figure out if you want the same things. These don't have to be lofty goals, but think about the kind of band you want to become.

One of those things should be making art for art's sake. The rush that comes with writing new material, practicing, performing, or just feeling that weird telepathy with your bandmates should be its own reward – it's why you're doing this in the first place.

People have jobs, lives, families, girlfriends, boyfriends, children… you get the idea. Even if everyone in your group wants to tour stadiums, you'll still have to eat along the way. Or finish school. Or whatever it is that people do when they're not aiming for rock stardom – the things that earn (or will eventually earn) you money. Dealing with real world concerns sucks – it's why you'd rather be a famous musician. But what are you gonna do? How about understanding that these are things everyone has to deal with? Nothing hampers a band’s progress like civilian life, but it's just a series of things that can be worked around with the right amount of patience. This seems to get more challenging the longer a band stays active, so you might have to get creative. Easier said than done, sure, but if you're gonna keep everyone happy, then you've gotta respect everyone's life outside of the band.

Whether your band is composed of your best friends or just like-minded players, camaraderie can be inspiring. Don't let all your time together be work. See other bands, take a trip (that's not a tour), watch a movie – anything that can help get the creative juices flowing. In my band, we loved to watch concert films, especially Stop Making Sense and the Fugazi documentary, Instrument, which should be required viewing for every band. (It'll make you want to conquer the world.) Being in a band creates a bond, and doing things that enrich your friendships can also enrich your art. Remember: you're all in this together.

4. Give credit where credit is due

Whether a band is the fueled by the vision of an individual or you write collectively, each member of your band is important. If one doesn't contribute to the songwriting, then maybe he or she does the artwork, makes merch, or takes care of the business of the band like booking shows, maintaining your web presence, or just being the resident adult. Artists don't have to be gregarious to have healthy egos, and it's easy to get so caught up in your work that you might stop considering the other people who are effectively your support system. So be sure everyone gets recognized for what they do, be it in the form of money, songwriting credits, or simple praise – a little of which can go a long way.

5. Learn how to communicate

Everyone likes to crack jokes about Metallica having to hire a band therapist to help them work through their internal issues. (They even made a documentary about it called Some Kind of Monster that's perfect for a band date.) Their example is pretty extreme, but I see the need for it. If you're in a band on Metallica's level, then you're no longer a bunch of knuckleheads making noise in a garage, but a big business – and that brings some pretty unique problems that most bands never have to face. It's enough to do most people in.

I know a lot of this seems touchy-feely, but fuck it: talking helps. And so does listening. I understand that musicians aren't always the most verbally expressive people – that's why they play music – but they are sensitive. Often, sensitive people need support, and being able to find people to share in the expression of music can be hard to do. It's an intimate process, so it's important to learn how to support one another. Like I said in the introduction, that chemistry is mighty powerful, so you should do your best to maintain it. There's no one way of doing that – you gotta do whatever works. That effort can be worth it for you in the long haul.

Be the best bandmates you can be: