5 Things You Should Never Say to Your Bandmates 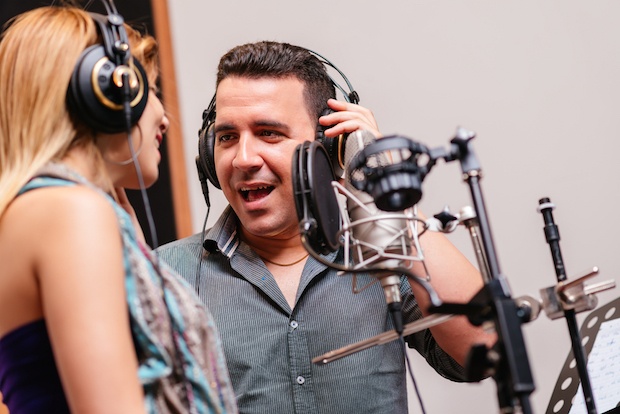 Being in a band is one of the most exciting parts of music. You're collaborating with other musicians, playing shows, recording, and becoming part of a larger musical idea. In many ways, a band is like a relationship, and you need to respect it and nurture it. Not everyone is going to agree or get along, but there are diplomatic ways of dealing with band disagreements. Be respectful, and don't shoot yourself in the foot when interacting with your band. Here are five things you should never say to your bandmates – and what to say instead.

Look, we understand how frustrating it can be when your band member isn't getting the changes right. You have this perfect vision in your head of how the song should sound, yet someone is messing up the flow. It happens. Everyone has their moments when the song is going great, and suddenly, you're lost or you turn on the overdrive pedal instead of the reverb. There's never a time or place, however, where it's acceptable to lash out against someone for making a mistake.

If someone is playing a section wrong, first ask yourself, "Is it wrong to just me?" Perhaps your bandmate honestly believes the way he or she has chosen to play that section is a better fit for the song. If it's an obvious mistake like playing in the completely wrong key, then ask yourself, "Is my bandmate aware of the mistake?" Chances are that your bandmate knows a mistake was made and feels bad about it. Don't be a jerk and rub it in.

What to say instead: "Hey, I noticed in section X that you're playing it like Y. I like what you're doing, but it sounds different than I remember. Did you change it up?"

Many of us have been guilty of doing this one before, but really, it's never a good idea. Unless your bandmate asks, "Can you show me what you're talking about?" and hands you their instrument, you shouldn't "show them" how to play a section. We understand that you have every best intention for the song, but you take the risk of belittling your bandmate. The point of a band is collaborative effort. If one person is deciding how each section sounds, then there's no co-creation. Sure, most bands have a front person, but each member should be allowed to have creative input. If your drummer just can't find the swing beat you have in mind, don't tell him or her to get off the kit so you can demonstrate. Ask for ideas and get a conversation rolling. In the event you're asked to show what you had in mind, respectfully let him or her know what you have in mind, but don't kick them down.

What to say instead: "Tell me about your ideas for this song. We're getting closer to the right sound, and I want to keep exploring."

This is downright pompous, but it happens as if music were some corporate entry-level job. If another band member isn’t holding up – like skipping practice or showing up to shows drunk – we understand that they may need to be replaced. However, it's never acceptable to demean someone in such a cruel manner, nor should you threaten a band member with the harsh reminder that they're replacable. It's true; most musicians are replaceable in the sense that you can find someone else to play their parts, but each person contributes a unique sound to the music. If you get to the tough point in your band's career where you have to replace a member, do it with respect. Your bandmate took time out of his or her life to play music with you and help grow the band. So, while his or her behavior and actions may have gotten out of hand, don't rub it in that you’re going to replace him or her with someone better. Let your issues and reasons be known, then move on respectfully.

What to say instead: "We've noticed a change in your commitment to the band. Your talent and involvement means a lot to us, but we're not sure we're all on the same page. Is everything alright with you?"

4. "I can’t make it to practice because [insert lame excuse]"

Practice is an integral part of a band’s growth, both musically and personally. Time invested into practice is time invested into the power of your music and the power of your relationships with each bandmate. Even if you don't have an upcoming show or studio session, it's imperative you rehearse often with your band. When one person is making lame excuses as to why they can’t come, like, "I'm seeing a movie with my girlfriend," "I'm too hungover," or "I'll just practice at home," it gives the whole band the impression that they're secondary. Sure, everyone needs a day off, but blowing off practice time because you were too rowdy the night before or because something "more fun" is going on doesn't express commitment. Your bandmates want to feel confident that everyone is in it together, trying to make the best music possible, and having fun doing it.

What to say instead: "Unfortunately, I won't be able to make it to practice next week as I have another important commitment. I wanted to let you know in advance so we can hopefully reschedule another time to rehearse."

This is equally as bad as skipping band practice. Practicing songs on your own is just as important as practicing with the band. If your band's new song has an intricate 7/8 rhythm that's been tripping you up, don't wait until the next band practice to work on it again. Take it home, master it, and be ready for the next band rehearsal. Sometimes, musicians form their identity around a band, and the idea of playing music outside of that identity feels off, so, they don't. But it's important to practice on your own time in order to be the best musician you can be – whether it's for the current band you're in or your inevitable career as a solo musician.

What to say instead: "This was a tough section, but after rehearsing it on my own, I think I've got it up to speed. What do you think?"

Communication and respect are two of the most important keys for a band's interpersonal success. Don't let your ego or lack of dedication bring down the rest of the band. Be honest, be committed, and be respectful.