The 3 Rules You Need to Survive in Nashville 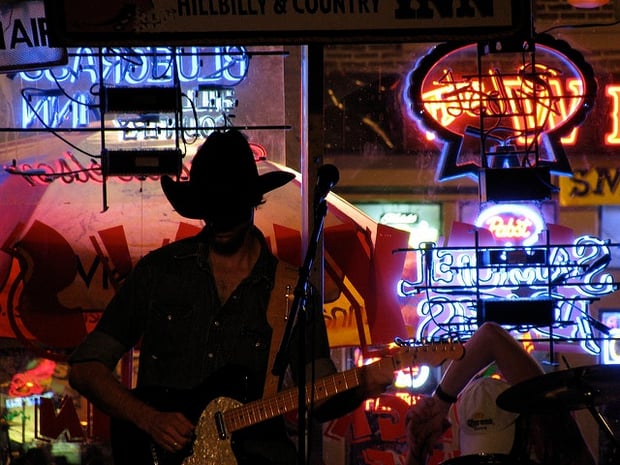 Nashville can be a strange place. Many people come from all over the world jump in with both feet and think they'll be discovered in six months at the latest. In the meantime, they fail to understand the culture and/or why they aren't welcomed with open arms.

It's the South. People will be polite to you, and you may never even know you've committed a faux pas. I'll give an example: I was at an industry dinner with a guy who was just rude. Not to me, necessarily, but he complained about the fried chicken (loudly), the service (also loudly), and finally, the iced tea.

“This tea is disgusting,” he declared, “I prefer Nestea.” An audible gasp went around the table. (Southerners take their iced tea very seriously.) It was clear he was trying to make an impression, and he certainly did – just not a very good one. I heard he didn't get very far, and I wasn't entirely surprised. Be polite. It matters.

2. Don't try to jump ahead in line

This is a strange concept to anyone not from town, and I know it's frustrating. When you hit town and are handing out your business card furiously, you'll be tempted to run up to that writer you recognize, that major artist you've always dreamed of writing with, or that label head you just happened to bump into at Starbucks.

Don't. Just don't. Be nice, say hello, maybe make small talk if the situation arises. But don't give these people your card and please don't give them your demo unless they ask (they probably won't).

It sounds weird, but they kinda know who's been out there kicking ass and taking names – it's a very small town. They know when you're “ready,” and opportunities will present themselves in time. Shoving your business card in the face of a hit writer and trying to hook up a co-write is a no-go 99 percent of the time. You might be that one percent, but don't bet on it.

3. Be friendly with everyone

One of the best pieces of advice I've received from a hit songwriter is, “Be nice to the person on the left of you and the person on your right. They could be sitting across the desk from you one day.”

The guy working in the mail room or the front desk may one day be a major publisher. The young lady serving you a sandwich in the deli may one day be the next Taylor Swift.

Perhaps more to the point, don't make fun of or denigrate your fellow struggling artists. Pay attention when others are sharing their songs; be supportive and kind. Fortunes can seemingly change on a dime in this town, and people remember who treated them well – and who didn't.

There are other rules of the road, of course – dress nice, have good hygiene, work harder on your craft than you do anything else. But these are easily discover-able (and if you're following the rules I've laid out, you're probably already subconsciously doing some of these other things). Equipped with this knowledge, you should be able to get a good start in Nashville. Good luck out there.