This Weekend: Boston Band Leo*Leo Gives Thanks by Giving Back 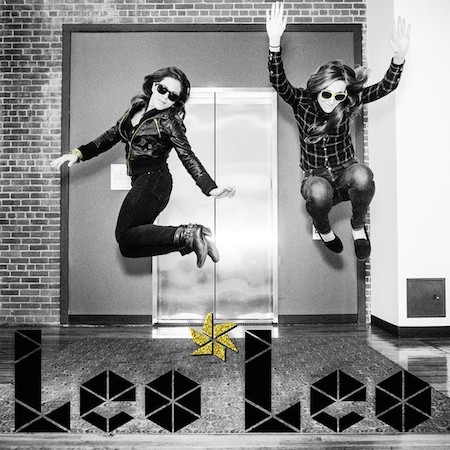 Leo*Leo (above) and The Dejas (below) will be playing the Animal Rescue League Benefit Concert this Saturday.

It’s not every day that a band celebrates their upcoming tour and Pandora radio rotation by donating funds to a local organization. Boston-based duo Leo*Leo, aka long-time friends Sarah Hope and Vanessa Wheeler, are making big moves in the "nova rock" (bossa nova-inspired rock 'n' roll) world, and are about to embark on a tour with Boston’s own Chadwick Stokes of Dispatch/State Radio.

This Saturday, November 29, they’re headlining the Animal Rescue League Benefit Concert at The Midway Cafe in Jamaica Plain, Boston. “Now that our music has been chosen for Pandora, we wanted to do something for the ARL – because that’s where our band bird, Meegs, was adopted from,” says Wheeler.

And their efforts are paying off in a big way. Ami Bowen of ARL Boston shared her gratitude, explaining how Leo*Leo “took it upon themselves to plan the benefit, knowing we can always use the help. We do not receive state funding and count on donations in order to meet our operational costs. This is a great time for a benefit because the Animal Rescue League of Boston gets a lot of calls for distressed, abandoned animals during the cold months.”

“Showing gratitude by giving back – even before we ‘make it’ – is part of who we are," adds Hope. "Every artist makes a greater impact by aligning support for others. Even if it isn’t money, we all have a gift we can give someone other than ourselves. Leo*Leo doesn’t make a lot of money yet from music, [but] we won’t make that our excuse to not do something for someone else.” 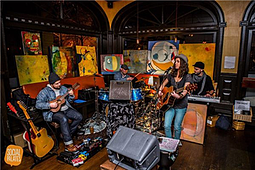 In that spirit, Leo*Leo is also giving back by selecting another Sonicbids band to be a part of the experience and open for them this Saturday. Congratulations to Salem, MA, New Age folk/rockers, The Dejas, for landing the gig!

If you’d like to make a donation to the Animal Rescue League in Boston, you can buy a ticket to the show and mark it as a donation by clicking here!