These Are the Top 5 Most Sampled Songs of All Time 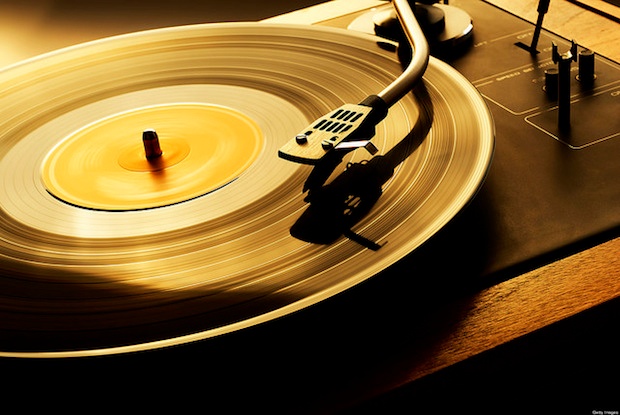 In the words of producer Mark Ronson, "In music, we take something we love and build on it." Sampling is just that: taking a song we love and crafting it into something new and of our own identity. It's an art, one that's found its way into iconic classics.

Sampling in music is defined as "the act of taking a portion, or sample, of one sound recording and reusing it as an instrument or a sound recording in a different song or piece." Its origins began with experimental musicians who would physically handle tapes and vinyl. But the popularity of sampling caught on quickly with electronic and disco music in the 1970s and 1980s and spread like wildfire. Sampling has been the backbone for the development of several different genres, but this holds especially true for hip-hop, which stems from spinning and sampling.

The larger impacts of the craft are evident, but to what lengths have samples influenced songs that were inspired by them? Here are the top five sampled songs of all time.

Throw down some beatboxing and sing-song raps, and you've got "La Di Da Di." This song has had a major impact on some of yesterday and today's biggest music icons. Samples from the original song have been utilized along with individual interpretations.

James Brown does it again and again. It's no surprise that James Brown's songs are heavily sampled. This 1970 single brings a tenor sax, an organ, a drum break, and ab-libbed vocals to the table to make for a classic track that inspires even beyond his own music.

"Think (About It)" was recorded and released as a single in 1972. James Brown both wrote and produced the song, and much like his other hits, this song became heavily sampled. The song's rhythmic groove and the "Yeah! Woo!" exclamation are recognizable samples.

In the 1980s, a French producer named Jean Caracas came to New York City and met Fab 5 Freddy. Together, they created an "experimental electropop record" that became the birth of "Change the Beat." Freddy raps both in French and in English on the record, making it ever so electropop-y.

1. "Amen, Brother" by the Winstons

"Amen, Brother" was a little-known B-side released in 1969. While the song was overlooked during its heyday, the drum solo has been particularly influential. It's been sampled hundreds of times by all different types of artists, but very unfortunately, the band never received royalties for the solo.

Next up: Borrowing Success: How to Legally Sample Music