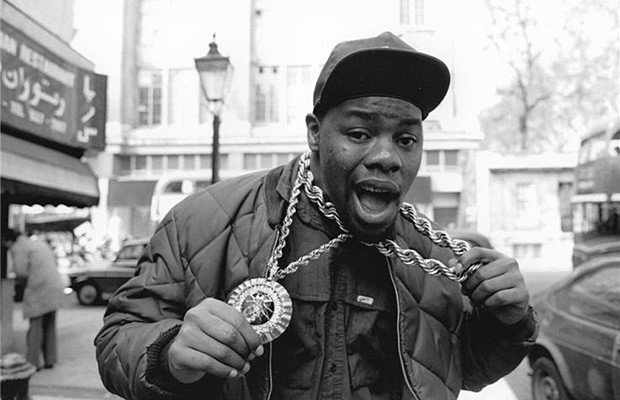 Often associated with '80s rappers, sampling occurs when songwriters and recording artists use borrowed sections of music from other compositions or recordings in their new works. The motivations for using clips of preexisting music and recordings in a new song are varied; sampling can lend new songs a sense of nostalgia, quickly give artists and producers a desired sound or riff, and even help new songs benefit from the proven success of a hit. To hear sampling in action, listen to this medley compiled by William Goodman for his Huffington Post article entitled "12 Hit Songs You Never Knew Used Samples from Older Songs."

There's a reason, however, that sampling isn't as widespread among mainstream artists today. Contrary to popular belief, the US courts have ruled that sampling in commercial recordings is NOT fair use (no matter how short the sample) and have even referred infringers like Biz Markie, whose story is below, for criminal prosecution. So if you've ever considered using a sample in one of your recordings, make sure you do it legally.

How do you legally sample a song?

It's important to remember that samples typically contain two individually copyrighted works: the underlying composition (the song itself, usually owned by the songwriter or publisher) and the recording (usually owned by the artist or record label). When you sample, you must get permission from both the owner of the composition and the owner of the recording before you release any copies of your new recording. If both parties approve your request to sample, you'll need to enter into a sampling agreement with each copyright owner.

Getting permission to use the composition (the song itself)

To record songs that don't belong to you, a mechanical license (typically available through the Harry Fox Agency) is usually all you need. When combining two or more songs into a single song/recording, however, you need special permission from each song's owner because you're making a derivative work, which renders a standard mechanical license insufficient and forces you to go directly to the song owner/publisher.

Find out who the publishers are for each song you wish to use (try ASCAP's ACE title search) and request a license to sample the song. To be successful in your request, be prepared to offer them as much information as possible about your planned use of the material. Be ready with information such as which section of the song will be sampled, how many seconds the sample will last, timing of the overall recording, the number of units you plan to create/distribute, and what types of media you will use (CD, ringtone, streams, etc.).

Getting permission to use the recording

As with the request to license the song itself, when you seek to use part of someone else's recording in your new recording, you're making a derivative work. Artists and labels may be wary of requests to sample because of the possibility that the new song will diminish the value of the original recording. Find out who owns/administers the master recording that you want to sample (start by contacting the record label) and request a license to sample. Just like the request to sample the underlying composition, you have a greater chance at success when you're prepared to offer them as much information as possible about your planned use of their recording. In addition to the information listed above, you might even be asked to include a demo of what your new recording might sound like if it were to include the sample.

How to be a good copycat

Although it's illegal to actually use someone else's recording, it's not illegal to sound like someone else (just think of all the Beatles tribute bands). So if you're able to get permission to use the composition but not the recording, you could create your own soundalike recording and sample your own recording instead of the original. It might not be as authentic-sounding, but it's legal!

How much does it cost to legally sample a song?

How much it costs to legally sample a song will depend on the owners of the underlying composition and the recording you're sampling. Because there's currently no compulsory license for sampling, there's also no statutory rate. So unlike typical mechanical licenses, which cost 9.1 cents per copy for songs of five minutes or less, you'll have to negotiate sampling rates for each song you sample.

The 2010 edition of Kohn on Music Licensing suggests that royalty rates for samples of sound recordings range from a fraction of a cent to five cents per unit and carry advances starting at several thousands of dollars, but the rate you negotiate will depend on several factors including the success of the initial song and recording, your own success, the length of the sample, how it will be distributed, and more.

Upon receiving your request to sample, both the owner of the composition and the owner of the recording may refuse to license, or they might try to negotiate one of the following payment methods:

As always, if you're considering entering into any type of legal agreement concerning one of your songs, consult an attorney specializing in entertainment law first.

What happens if you sample illegally?

In a 1991 landmark case on sampling, a federal judge ruled against rapper Biz Markie for his sampling of Gilbert O'Sullivan's song/recording of "Alone Again (Naturally)" in Markie's "I Need a Haircut." In addition to an injunction (taking all copies off the market) and a huge fine, the court actually invoked the seventh commandment, "Thou shalt not steal," and referred the matter to the US Attorney's office for criminal prosecution, resulting in the case Grand Upright Music v. Warner Bros. Records, Inc., 780 F. Supp. 182. But for his next album, Markie made it clear that he understood the court's message, titling it All Samples Cleared.

There's still a streak of defiance from some musicians such as Girl Talk's Gregg Gillis who, along with his record label Illegal Art, purposely and unapologetically samples in the name of artistic freedom. Although he doesn't seem to have been the subject of a scathing legal action (yet), the laws regarding sampling haven't changed, and illegal sampling can be difficult to cope with financially.

According to the precedent set by the O'Sullivan and Markie case, if you sample illegally, you could be taken to court, made to pay profits and damages, have all copies taken off of the market, and be criminally prosecuted. So before using a sample, make sure you ask for permission (and get it in writing), and don't use the sample if your request is refused.

Jamie Davis-Ponce is a professional musician and graduate of Northeastern University's Master of Music Industry Leadership program with a concentration in entrepreneurship. She has been a music lecturer at Ithaca College, and is deeply involved in Boston-area arts and music organizations, having worked with ArtsBoston and held internships at Handel & Haydn Society and Boston Symphony Orchestra. You can view more of her writing on her blog on Music, Business, and Creativity.