Understanding Artist Management Agreements, Part 3: How Are Managers Paid, and How Much? 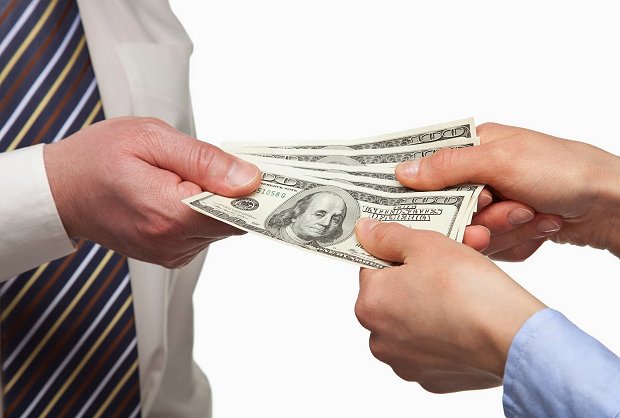 Disclaimer: This article is for informational purposes only and not for the purpose of providing legal advice. Applicability of any legal principles discussed may differ substantially in individual situations. The sample contract is for illustrative purposes only, and has not been verified for compliance with the law of any particular state. If you have a specific legal problem or concern, you should consult an attorney.

Now that we know what responsibilities fall onto the manager's lap and how long a contract between artist and manager should typically last, here comes the part that might make or break a deal: money. How much should a manager get paid, and how do you fairly negotiate? Get all the answers to your questions here.

While compensation can be based on an hourly or monthly fee, it's most often based on a percentage of your earnings (a "commission"). The percentage is typically in the range of 15 to 20 percent, but it can be lower or higher.

For example, if your record company makes payments to you which are used to record your album, you would want to make sure that this deduction is taken into consideration in order to avoid your manager being paid a commission based on monies that will be "passed through" you and payable to others as your expenses. Other deductions include payments to producers and musicians who are not members of your band.

What does a manager get paid for?

Usually the compensation a manager receives under the agreement is tied to the scope of the services the manager will be providing you (discussed above). For example, if your manager will not be managing your acting career, unless agreed otherwise, you should ensure this activity is not commissionable under the agreement. Furthermore, even if the scope of services is limited to the music industry, you should make sure there are no other issues which may need to be considered. For instance, if you have a part-time administrative job at a recording studio or provide music lessons, you should likely carve out any commissionable income in these areas.

Can managers continue to get paid even after the contract is up?

For example, if you sign a four-album deal with a record company and your management agreement ends after the first album is released and during the recording of your second album, your manager may be commissioning not only earnings from the first and second albums after the term, but earnings on the two subsequent albums which were not released or even recorded during the term. In addition, a subsequent manager who you may be working with on your second, third, and fourth albums will surely want to be paid a commission on earnings from these albums. Thus, in this scenario, you would be paying two management commissions: one to your former manager and the other to your current manager.

Wait, that sounds weird. Can the "in perpetuity" clause be edited or left out?

To counter this long period of time in which the manager would otherwise be entitled to payments, you may want to negotiate your commission payments so that they aren't continued too long after the agreement is over. An example of one of many possibilities here may be that the manager would be entitled to full commission on the first album, half (50 percent) of the otherwise commissionable percentage on the second album (for managing the first half of the album cycle), and no commission for the third and fourth albums. Language specifying this arrangement would have to be included in the agreement.

It would be ideal to include another provision in the agreement where post-term commissions do not last in perpetuity (called a "sunset clause") and the commissions get lowered, like a sunset, over time to where they eventually disappear. For example, during the first year after the term, the rate is 75 percent of the commissionable rate; during the second year after the term, the rate is 50 percent; during the third year, 25 percent; and in the fourth year and beyond, there are no further commissions paid to the former manager. As you can see, this area of the agreement needs to be well thought out, as there are many variations here to be explored and properly addressed, particularly with your attorney.

While this series addresses some key points of the management agreement, it's recommended you work with a lawyer to help properly structure the agreement and who can help navigate through all the nuances, particularly the thorny post-term commissionable income area. You and your manager should also have separate lawyers to avoid a conflict of interest and to ensure that the attorney is representing solely your interests. Paramount to everything is finding the balance in the agreement, which reflects you and your manager's mutual trust and shared vision.

Barry Heyman is founder and principal attorney of Heyman Law. Barry has been practicing music, entertainment, intellectual property (copyrights and trademarks), and new media law for over 14 years. Barry is also the founding and current department chair of the recently established music and entertainment business program at the Institute of Audio Research, the world’s oldest audio engineering school. For more information, please visit the law firm website at heylaw.com.