What Musicians Need to Know About Copyright and Likeness Rights 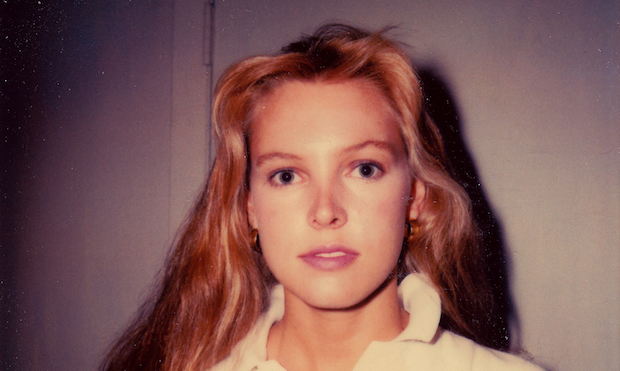 A copyright dispute occurred over the album image for Vampire Weekend's Contra. (Image via performermag.com)

Designing the artwork for your band's gig posters, website, album covers, and promotional materials is no easy task. Between artist designs, photographs of public places, and Google's near limitless array of images, the line between what's public, copyrighted, or otherwise restricted is not easily drawn. Here's what you should know before your next poster goes to the presses.

The two most common legal issues that a band will face while creating artwork are intellectual property (i.e., copyrighted materials) and publicity law (i.e., likeness rights).

Copyright issues may arise if you use someone else's artwork or photos in your band's artwork. Copyright is a legal protection for those who create "original works of authorship." This extends to all images and essentially allows the copyright holder to control the rights to his or her work. No formal filing or paperwork is required for the existence of this protection: it is protected upon creation.

So what does this mean for you? Essentially, unless you have the artist's expressed permission (called a "license") to use his/her photo, painting, drawing, logo, or digital image, you're violating the copyright laws. Infringement can also occur if you use the work beyond the scope of a license; adapt an image without permission (called "art rendering") or ask a photographer to identically recreate the image. Remember, this protection is not limited to artists within this country alone. Due to international agreements, artistic works are mutually protected in nearly every country in the world.

If a court finds that you've infringed on someone's copyright, you can be held liable for statutory damages (between $750 and $30,000), actual damages and profits, or – in rarer circumstances – criminal penalties.

Of course, there are ways to legally use someone else's work without express permission. First, under the fair use doctrine of the copyright laws, it's permissible to use limited portions of a work (including quotes) for purposes such as commentary, criticism, news reporting, and scholarly reports. This, however, is not likely to apply to your band’s artwork or promo materials. The second (and more applicable) option would be the use of images and artwork from a stock image resource, either fee-based or free. These websites use images that are public domain or have been created or licensed specifically for use by the site. Members are then allowed to use the materials in their own work. However, subscriptions and rights may vary. Finally, you can use images with certain types of "Creative Commons" protections, which, depending on the level of protection, may allow for use without consent. For more info on Creative Commons licensing, go to www.creativecommons.org.

In 2010, Vampire Weekend was sued by model Ann Kirsten Kennis for alleged unauthorized use of a photograph gracing the cover of their 2009 album Contra. At the heart of the suit was a single Polaroid of Kennis taken in 1983 and whether Vampire Weekend or its record label ever attained Kennis' permission to use it. As a defense, the band (and the individual who took the picture) claimed that they received permission from Kennis, obtaining a signed release from the model. The lawsuit was settled in August 2011 for an undisclosed amount.

In addition to using a copyrighted work, you can be also be sued for using someone else's name, likeness, or personal attributes without permission (most often when used commercially).

The right of publicity is essentially the right to control the commercial use of your identity and image. The most common way to get in trouble here is by using the legally protected name or likeness of another for commercial gain without consent. This differs from violation of copyrighted materials, because the claim is for the use of the person/likeness, not of the image itself. Here is an illustration: if you were to use a picture of David Hasselhoff on your next album cover without permission, the photographer may have a claim for copyright infringement, and Hasselhoff would also retain a claim for violation of the right of publicity.

Several years ago, American Apparel used a photo of filmmaker Woody Allen, taken from his film Annie Hall, on a promotional billboard. Allen sued, stating, "American Apparel…calculatingly took my name, my likeness, and image and used them publicly to promote their business." The company ended up settling for a reported $5 million.

How to avoid legal trouble

The truth is, you won't likely get sued over your promo poster for cover songs at the local college dive. That being said, here are some steps you can take to avoid issues.

Adam Barnosky is a practicing attorney and writer specializing in entertainment law and business development. He has worked with musicians, actors, and playwrights in Boston and New York City. Follow him on Twitter @adambarnosky.