What’s the Difference Between a Music Library and a Music Publisher? 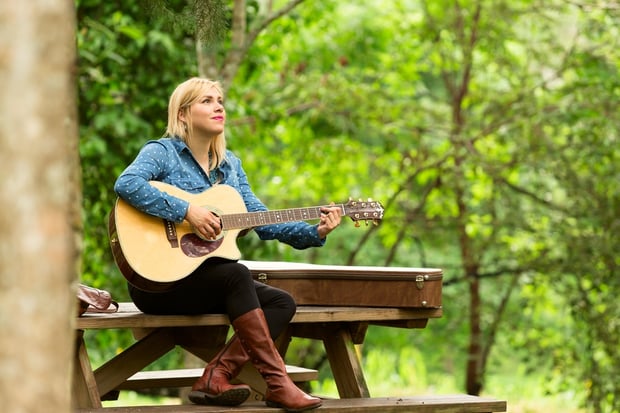 Music libraries have exploded in popularity since musicians and composers discovered synchronization ("sync") placements as an opportunity to make money and gain exposure in the music business. However, songwriters are often confused about the differences between music libraries and music publishers, especially because many libraries are trying to cross over into the publishing space. Here's what you need to know.

Music publishers have been around since the late 1700s in America, and they serve as the overall administrators of a songwriter’s compositions. Publishers perform many functions, including:

Music publishing deals often come with an advance, which justifies the fact that a writer may have to transfer copyright ownership upon signing a new deal. Because publishing deals are exclusive and manage all aspects of the compositions, no retitling of compositions is required.

These deals can be exclusive or non-exclusive, require a transfer of copyright ownership or not, and may retitle the writer’s compositions (or not). Many libraries realized the value of owning the catalogs of music instead of just acting as a licensing agent and making money on licensing fees. Thus, many libraries decided to do their deals on an exclusive basis and require the writer to transfer to the library a copyright ownership share in the compositions, usually at least 50 percent. Typically, these deals have some sort of threshold where the writer has to earn a certain amount in licensing fees before the obligation to transfer copyright is triggered.

On a more frequent basis, I'm seeing library deals labeled as "co-publishing" deals. These deals provide for a 50 percent copyright ownership transfer, but only a 50/50 income split, which results in less money to the writer than under a traditional co-publishing deal with a music publisher. These deals offer no advance, and require a transfer of copyright ownership triggered by a low threshold of licensing fees. If a writer is close to the threshold but hasn’t met it yet, some companies will even pony up a few hundred bucks to meet the mark, which means the writers are selling out their copyrights for a very small chunk of change.

This scenario may be acceptable for a songwriter who makes his or her living from writing for film and TV and is churning out new songs every day. But in my opinion, these terms are unacceptable for career musicians who are marketing albums, playing gigs, etc. and are seeking placements for extra money and exposure.

The benefit to a library deal over a publishing deal is that a writer can give the library only certain compositions, while leaving others in his or her catalog open to a publishing deal or another opportunity. To be fair, libraries that are incorporating more publishing-like terms in their deals are also doing the work to manage and administer the compositions. However, with many of these companies it remains uncertain whether they have the connections to get other artists to record the writer’s compositions, pair the writer with substantial co-writers, etc. Anyone can act like a music publisher, but the difference lies with whether the longstanding business model and connections that publishers have are present.

That's not to say that a library deal can't be a great start for a new artist or writer – it can be a great way to earn extra income with songs that otherwise wouldn’t generate any. However, you need to look carefully at your career goals to see which path is really right for your intended career direction. It would be beneficial to consult with an experienced music attorney to discuss which type of deal is the right career choice for you.

Do you have questions that you’d like to get answered in an upcoming "Ask a Music Lawyer" article? Please send topic requests to askamusiclawyer@gmail.com. Please note that specific case advice cannot be given, and if you have questions pertaining to an issue you are personally experiencing, you should seek a consultation with a music attorney.