5 Common Types of Music Publishing Deals All Songwriters Should Understand 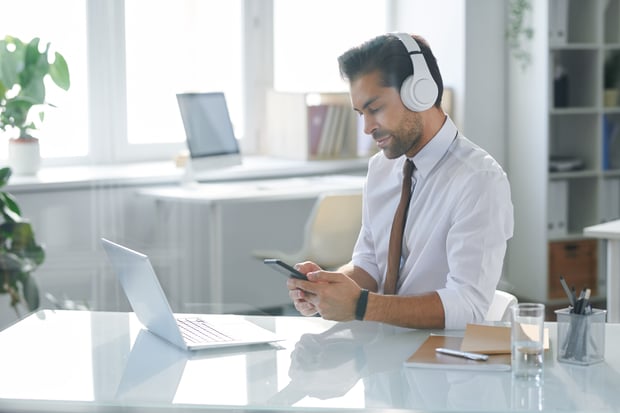 Music publishing is something that many small artists don’t think about, and, to be honest, some of them don’t need to. If you're truly just starting out in music, focusing on getting the word out and racking up a good number of listens comes before delving too deeply into the complicated world of music publishing. Having said that, publishing is a very important (if less-than-sexy) part of the industry, and, if you’re successful enough or even just performing for any real length of time, you'll have to deal with it at some point.

Two things are important when venturing into music publishing: hiring a lawyer and understanding what’s going on. While you should be aware of who's handling your work and what's happening with it, you don’t have to go it alone. There are plenty of lawyers out there that can help navigate these contracts – for a fee, of course. Many deals for smaller artists can be routine and painless, but that doesn’t mean you shouldn’t know the particulars or have help.

According to ASCAP (the American Society of Composers, Artists, and Performers), here are five of the most frequently signed deals.

One of the most common and straightforward types of deals, you, as the writer, acquiesce the copyright of your work (which can be a single song or any given number of previously-chosen tracks) to the publisher. For this, the company will pay you a portion of the money it earns over time from the song(s). This can be a good way for artists to get their publishing feet wet, as these deals are typically easy to work with. Also, since they only apply to a select number of songs – even just one – you’re not tied down to just one publishing firm. You can sign with a handful, giving each company a track or two, and deciding later which you feel most comfortable with.

Under this type of deal, you agree to hand over the rights to everything you create during a certain time period, which can be as reasonable as a year or two. The publishing company you sign with pays you a predetermined amount of money per week or month, regardless of how much business is actually done around your songs. Much of the money you earn is treated as an advance – meaning that you still make the same set amount no matter how much the publisher is earning from your songs. While it can be frustrating to hear your songs everywhere (commercials, radio, etc.), but only make a small amount, it's a good option for those looking for a steady paycheck from their creations. This kind of deal helps you worry less about where next month’s rent is coming from.

Co-publishing is nice work – if you can get it. Though it can involve more legal work on the part of the artist and his or her legal team, in this deal, the songwriter co-owns the copyright of the song with the publisher – which is reassuring to many who don’t want to completely give up control of their work. Usually, you, personally, don’t co-own the copyrights, but a company you start does. When you see several names of publishing companies in liner notes of songs, at least one of them is typically really just the artist. This sounds complicated, but it can help you earn more money. For instance, in this scenario, the company you own earns 50 percent of the income, plus a songwriter’s share on top of that.

Even though administration deals are usually longer in terms of time (five years isn’t uncommon), they can help put a songwriter or performer at ease because someone is always trying to make the compositions work for them. With this agreement, a publishing company doesn’t own the rights to your work, but they do have the right to “administer” it, i.e. license it where they can. While the percentage earned is lower here than with other deals – somewhere between 10 percent and 25 percent – you can earn a lot of money in the end, based on the publishing company's efforts.

This is essentially the same thing as an administration deal, but involves foreign partners. In this globalized, all-online world, don’t look at international publishing as a pipe dream, even if you're just starting out. You may have a deal with an American publisher, but it may not have the time, resources, or expertise to do your work justice in other territories. In those cases, sometimes it’ll work with other companies to represent your work where these partners are based. These are referred to as sub-publishing agreements, and, depending on how big you and your songs are becoming, it is possible to have several of these for one body of work.

Hopefully, you now have a slightly better idea of what these deals involve. These are, of course, incredibly simplified explanations, and your entertainment lawyer will be able to go deeper into the official jargon when the time comes. Again, while you should hire professionals to make sure your best interests are represented and you are taken care of, please do your best to make sure you know what’s going on and that who you hire is doing his or her job well. If you want to make a living off your music, staying on top of things – like your publishing deals – is crucial.