Why Unsigned Musicians Should Worry About Popularity, Not Money 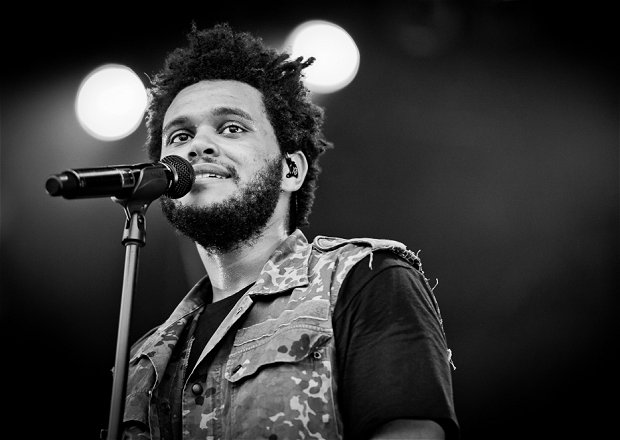 Even in 2015, unsigned musicians are still releasing their music and asking, "Where's my money?" right out of the gate. It's extremely important that every artist look deeply into this question. First of all, in my view, the expectation is flawed. If you have fewer than 10,000 genuine fans and you're hoarding your music waiting for those iTunes sales to save you, you're shooting yourself in both feet.

Build your audience first. Then you can sell to that audience. Not before they're "on board."

That's easy to say, and most would nod in agreement with that statement. But it's the method that many balk at. In order to get the popularity, chances are, unless you have a rich uncle or an investor who really believes in your cause, you'll need to invest in yourself... and invest, and invest, and invest again, before you see any return. This is a fact. Musicians who believe that they deserve a return just because "they spent so much for their studio time" or "they put their blood, sweat, and tears into the new album" are getting left in the dust every single day. And they're not usually missed either, because people have a tough time empathizing with self-righteous ideas.

What you put your blood, sweat, and tears into is your music – your product. Let's find a parallel. The passionate Italian restaurant owner puts his blood, sweat, and tears into his product as well, which is his food. So you have your high-quality CD and he has his high-quality food. Now, forgetting the hundreds of thousands the restaurant owner has already invested in order to get a location, supplies, staff, and decor, you're both in roughly the same situation – you have a product and you want a return on your investment. However, the restaurant owner knows from the get-go that popularity is the highest of all currencies, so he expects a loss initially.

Have you ever bought anything from deal websites such as Groupon? Did you know that many of the companies advertising on those websites don't make any money? Many of them take a severe hit, as the deal websites typically request a 50 percent discount for the public, and then take 50 percent of the remainder for themselves. So next time you assume that just because you see a heavily distributed advertisement the business is raking it in, keep in mind they're probably investing, investing, and investing some more, paying their dues so that you, slowly but surely, begin to recognize their name.

This is exactly the kind of scenario that unsigned musicians in 2015 tend to protest against when it happens to them. "How many sales will it get me?" is the common question when they are recommended advertising via Facebook, Twitter, Google AdWords, or anywhere else. Forget about the sales. Take a hit. Stick your neck out. Your currency should be new fans and new fans only. Even hobbyists of all persuasions invest consistently, and a lot, into their craft, whether it's coin collectors or mountain climbers. There's no need to be stagnant because of a cliche idea that you deserve payment for merely creating something. 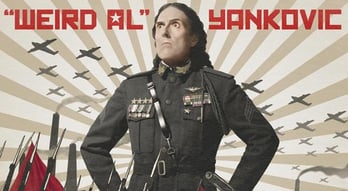 Even for major stars, it's not about sales anymore. Weird Al got a number-one album in 2014 with "Mandatory Fun," but only after investing what must have been an incredible sum of money creating eight high-quality music videos and securing deals with eight high-profile sites to debut each of them on consecutive days. What was the currency here? Popularity. And that's what led to him landing his first number-one album in his career. But CD sales are much lower than they used to be… and they're considered small potatoes. What else happened for Weird Al? Heightened interest in his world tour, which will no doubt sell out in every location it hits. His phone is ringing off the hook with advertising, partnership, and licensing offers, some of which he's already accepted (remember the Radio Shack campaign in December?).

Do you think that R&B star The Weeknd focused on money while he was building his name? No. He gave away his music – three extremely high-quality EPs released within a year's time all for free with no email address required from his official website. He invested and built his audience. Now he plays for $50,000+ per show and sells merchandise to his loyal fanbase. Pretty Lights went about things in a similar way, focusing only on popularity until he could engage his fanbase.

Popularity thinking is long-term thinking, something not everyone is capable of.

Pretty much every artist you read about or see on a festival lineup today has sacrificed and focused on building their name above all else, and the smartest ones treat it like a startup business, which it is. Think of yourself as a startup and options will open up for you. You're not just a musician who doesn't know your way around. Building popularity often means giving away your music for free – but did you know you can leverage free music?

You run your own startup company, and you're free to employ any tactics you like. Advertise locally and in your favorite publications. Team up with viral content companies for contests and campaigns to engage your audience and spread the word to new fans. Outsource duties you don't excel at, such as tour booking, publicity, or securing licensing deals. Hire freelancers around the world to push your music through sites such as Elance and Upwork. Learn how to set up hyper-targeted advertising campaigns through Facebook, Twitter, and Google AdWords. Try targeting your favorite sites through Blogads.com. Experiment with celebrity tweets. Create incentives for those who spread your message. Offer exclusive content to quality publications – often. Give your product away. Expect to invest over and over again.