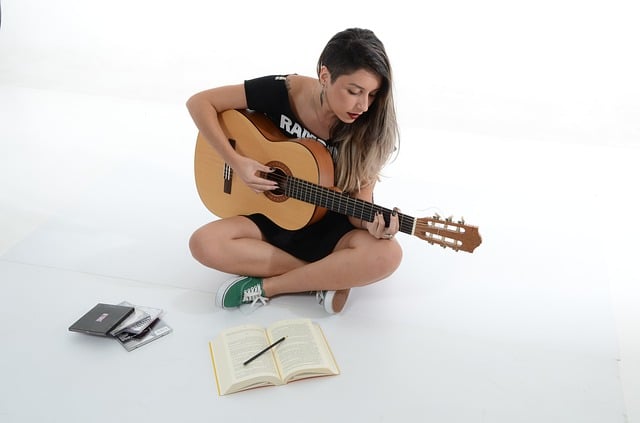 For the most part, musicians want to create as much music as possible with the smallest amount of stress involved. But as you know, it's never that easy. Sitting down and trying to write or practice a song can be a painstaking process.

Why is this? Music is something we all love, and we like to think that it should come naturally and without any negative thoughts. Well, it doesn't, and unfortunately there is no simple solution to solving your productivity dilemma. But just because there's no simple solution, that doesn't mean there isn't a solution out there. Increasing productivity is a strategic process of organization, dedication, and building good habits.

There aren't musicians out there who are more gifted in the art of productivity than others. They just know how to use their time more efficiently. You, too, can be one of these individuals, but first, you need to understand why you're not productive to begin with.

Saying there's not enough time may seem like a cheap excuse, but it's actually quite valid. After all, there are only so many hours in a day. Musicians lead busy lives, and finding the proper amount of time to work on music can be a daunting task.

So how does one forge time? Is there a magical time factory somewhere with magical time elves hammering away at magical time you're not aware of? As cool as that would be, no such place exists. You're not going to find more time, and you'd be stupid attempting to. The foundation of the problem isn't time itself here. It's about prioritizing.

Think about the reason why you show up to school or work. Sure, it's important and pays the bills, but those two activities are on a schedule. You clear out a certain part of your day to attend to these matters, and the same can be done for music.

Take a look at your day. Odds are that you'll find some gaps in there. Maybe it's an hour watching TV, a couple hours getting drinks with friends, or a few minutes scanning various social media platforms. You just might realize that you have more time for music than you think.

This is where prioritizing comes in handy. You need to have a hard look at your life and spend less time doing the unimportant activities. You don't have to break up with your significant other or quit the basketball team, but a little organization can go a long way.

Start small. Perhaps find a couple of hours throughout your week that you can dedicate to music without any interference. Don't go too hard and burn out, though. Keep it short and easy, but be sure to treat this time with respect. You may find other people trying to squeeze into your time, but if you respect the schedule, you'll deny their efforts.

If you set a time for music, follow through with it and don't give in to any temptations. For those really serious about a career in music, you'll need to create it. The only way to do this is by organizing a plan and sticking with it.

"I don't have the right equipment"

Like the time excuse, saying you don't have the right gear for productivity is quite common. But be real with yourself for a second. Do you honestly think that you need a new microphone to sing or specific guitar to write a song? Sure, the right equipment may make you sound a bit better, but it's not related to productivity at all. Real musicians just need the bare necessities to create something beautiful. Yet, the excuse remains a popular one.

So how do you stop thinking like this? Well, as a wise shoe company once said, "Just do it." It's not a difficult concept to wrap your head around. Are you a songwriter? Surely you can find a computer or even a pen and paper around. That's the first step. If you're a musician, odds are that you have an instrument of some sort. (If not, then perhaps you need to do some self-evaluation.)

So now that you have an instrument and a writing utensil, you're ready to start making music. Once you have the bare necessities, it's time to go back to your schedule and find time for musical productivity. Maybe your lack of equipment won't sound like the professionals, but you can worry about that later. For now, just put in the hours, and churn out some content.

For whatever reason, those in the creative arts like to think that all their greatest ideas are solely born from a magical source of inspiration. In a way, there's a dollop of truth to that. Many musicians will claim their best work comes out during times of inspiration.

But some people take this notion too far and put off music altogether unless they're feeling "inspired." They think that they're wasting time trying to write while in an uninspired state. Unless you're some kind of super music hero who's inspired 23 hours a day, this way of thinking is just unrealistic. If you want to talk about wasting time, think about how much time you're wasting waiting around for inspiration to come. That's an inefficient approach that will damage any musician's career.

The key here is forced labor. That may sound unpleasant, and for some, it probably is. However, it's a necessary evil. If you force yourself to sit down and play, the number of creative ideas that will pop up will increase. If you sit down and write music three times a day, it's a simple fact that you'll come up with more ideas than someone who only does that activity once a day. Just the act of playing or writing will eventually generate inspiration.

So, in a way, you can use those uninspired times to build your own creativity. Why wait around for those great ideas to come when you can hunt them down yourself? The power of music may seem like some mystical force, but it's much more simple than that. By making a schedule, sticking with it, and repeating the process, your productivity is guaranteed to increase.

[5 Ways to Find Inspiration When You're In a Creative Rut]