Why You're Putting Off Playing Music (And How to Change It) 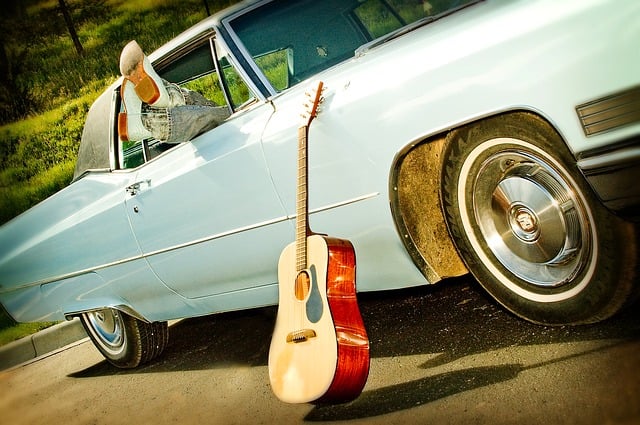 We're all guilty of a little procrastination from time to time. After all, that guitar isn't going anywhere, right? It'll still be lying around while you nap for an extra few minutes, watch another episode of Sesame Street, or play a few more games of Monopoly. Dodging creative work is almost a part of the creative work itself. Although it's common, that doesn't make it right. We all know that avoidance is a fickle beast. You can try to dodge it all you want, but it will always find a way into the corners of your mind, itching for you to accept that fact that you have work to do.

Everyone is guilty of these behaviors, but do you actually know why you have them? It's not as simple as laziness. Many times, the reason for why we dodge our work lies in the work itself.

Anxiety is killing your creativity

Creativity is beautiful. In music, we need it to set our voice apart from other musicians. As you know, though, creativity doesn't come easily.

When practicing and writing songs, the motivating force is to improve upon skill and hopefully create something new. Sure, playing someone else's music is enjoyable, too, but there's a certain kind of pleasure that comes from creating an original piece. To do this, you have to go above and beyond. You have to stretch your limits and strive for greatness.

The problem with this kind of creativity is the unknown. When creating something unique, you have to venture into a territory that's not there yet. This mysterious territory is filled with anxiety and fear of what's ahead. No one is just a natural musician. There's discomfort involved in the creative process. Working hard to produce something that might not have a good result is part of the trial-and-error method, and this frustrates some people.

Many musicians just want a hit single to show up on the first try. Who can blame them? Sadly, that's just not how it works. You're going to create a lot of bad music before something good comes up. That's just the nature of art. It's this notion that can be hard to overcome.

As you're sitting there eating pizza while your piano glares you in the eye, it's all too easy to become discouraged. You know that playing the piano will bring some failure, and that's not exactly a motivating force. So what do you do? You have another piece of pizza. Then another. After that, you clean the house, walk the dog, grab a coffee with some friends, and by the time you come home, it's "too late" to practice. In reality, the anxiety of failure is getting the best of you and hurting your music career.

Like many problems out there, the problem of avoidance has a solution. You'll be happy to know that it's an easy one, too. The key to solving your procrastination woes lies in awareness. That's basically it. You simply have to notice the avoidant thought as soon as it arises. (The last thing you want to do is procrastinate on thinking about your procrastinating thought. That will take you down a dangerous procrastination hole and possibly make you insane.)

So when you have one little thought of putting something off, you need to target it before succumbing to its comfort. Of course, it sounds better to jump in the hot tub instead of practice a difficult song, but you can't give into that thought. You need to act on your intentions immediately.

Say you've finally worked up the gusto to approach your cello. On the way to the practice room, you look outside and notice the garden needs weeding. You think that you'll go out there, pick a few weeds, and get back to the cello. Even if you do, it's still procrastination. Instead, next time you have a thought like this, acknowledge it. By targeting that thought, you might find restored enthusiasm for music, and you'll dash to the practice room.

After you've captured the moment of avoidance, the next step is to replace that thought with something better. Leaving an empty space where that avoidant thought was is just asking for another one to move right in. Instead, replace it with a thought of positivity. For example, say to yourself, "I love practicing my glockenspiel." Right there, you associate a positive feeling with the art of practice, and you'll begin to look forward to playing once again.

So you've noticed the avoidant thought, immediately dismissed it, and replaced it with one of affirmation. Now the most important part is here. All of this thinking is useless unless you act on it. Do it with full intention. Odds are that if you're reading this, you're thinking about playing music. So stop reading, get up, and get to work.