How to Motivate Yourself to Practice, Even When You Don’t Want To 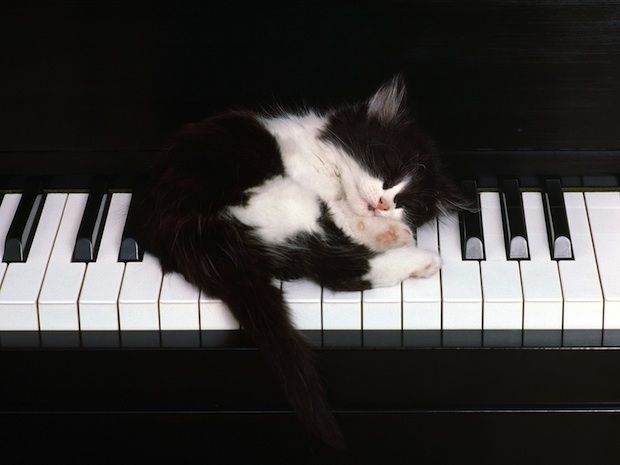 Many of us have been there: it's been a stressful week filled with things you hate doing and people you'd rather not talk to, and when you finally make it home, you stare at your songwriting notebook or your beloved instrument, and all you can see is a torture device instead. Suddenly, you hear Netflix calling your name, so you shove the nagging thought of, "I should be practicing…" as far back in your mind as possible.

Most of the time, the instant gratification of shirking our responsibilities leads to future guilt and frustration, as we look back and wish we had had the stick-to-itiveness to just suck it up and pick up that guitar and strum. Here are a handful of tips for those times when you know you should be doing something musically productive, but you can't quite bring yourself to do it.

As is oft repeated, those who forget the past are doomed to repeat it. Chances are, this isn't the first time you've found yourself neglecting your musical duties, and if you think back on the last time that happened, I know you'll remember exactly how that felt afterwards. Becoming acutely aware of the negative feelings that followed your few hours of "harmless fun" should be one of your first thoughts when you next consider repeating the cycle. It's the same thought process behind someone on a diet forgoing the ice cream sundae and sticking with strawberries for dessert instead – the ice cream will be amazing for a few minutes, but regret tends to last a lot longer.

Think of it as making a sacrifice for your future self, who – don’t forget – is still you. Your present self will disappear in an instant, but you'll always have the future, so you need to take care of that fellow. Associating mindless distractions with the reminder of guilt is the first step to getting into a more eager mindset when you know you need to work.

2. Think of it as a career stepping stone

The natural segue from thinking about what bad feelings you'll be avoiding is thinking about what good ones you'll be experiencing later on. Consider for a moment some of your nearly achievable but still slightly-out-of-reach goals. Use simple but effective if-then statements in your thinking, such as: "If I sit down and write one more song, then I'll only need three more to finish up my EP." Write these thoughts down for added impact. Naturally, you'll become excited at the prospect of being that much closer to accomplishing your goals.

The best way to get into this mindset is to write down all the steps you need to take in order to reach a certain goal, chopping them up in manageable pieces. Move away from the vague and heavy (make an EP) to the specific and light (write one more song, record tracks, put on SoundCloud…). Put it someplace you'll always see it, and cross off items when you're done with them. Being able to visualize yourself getting closer to success will make work that much more inviting.

3. Plan out your sessions with breaks

So, what about staying motivated while you're working? It doesn't do you any good to pick up the pencil if only four minutes in you give up. Each practice or writing session, make a definitive plan of how you want the session to go. If you've allotted three hours to practice, then after every 50 minutes or hour, allow yourself a break, just like we're told in school to take breaks during long study sessions. If you burn yourself out with too much work, it'll become counterproductive. Breaks give you small, easy things to look forward to.

Be warned – there's a right and wrong way to break. Right: eat a healthy snack or do some light exercises. Wrong: turn on the TV or get on your favorite social media. Behaviors that you already know to be addicting and highly distracting will turn 10-minute long breaks into, "It's midnight already, but how?!" and then you've lost all momentum.

4. Create a schedule with an emphasis on routine

The previous three steps work great for the immediate change of mindset you might need to power through one night, but your ultimate goal should be to create a lifestyle of productivity. The last two tips have a lot to do with planning, and so will this tip, while also throwing routine into the mix. Consistent practice will eventually become a habit, and that's the ideal scenario. Having a schedule automatically focuses you on the things you set out to do without the endless procrastination of, "I can just do it later," and it's all the more regretful when you try to avoid working because you've already acknowledged what you need to do.

At the start of each week, make a thorough plan for every following day. You don't need to micromanage every minute, but each hour should be accounted for. It's important to be honest with yourself. You should have a good idea of how long it will take to achieve a certain goal, so you don't take the easy way out and schedule only 30 minutes of practice on Monday when you know you could (and should) go for longer. Of course, things come up in everyday life, and you need to be flexible, but scheduling practices around the same time each day will make falling into the routine that much easier.

It's time for some tough love. Even if you can’t change your mindset to a more positive one or bring yourself to make a schedule, you're still capable of getting meaningful work done, and most of what's going on in your head is just making excuses. If you wait around to spontaneously become motivated – well, that probably won't happen. As someone who knows the pain of writer's block, I used the phrase "I'm just waiting for inspiration" more times than I can count, but really it's always an excuse for not sitting down and just doing it, Shia LaBeouf-style.

You're not always going to be eager to do work, you're not always going to be looking forward to that practice session, and that's perfectly okay. It's actually completely human. Don't equate not feeling like doing something to not having the ability to do it. I promise you will always have that ability. And you will be amazed with what you can accomplish despite "not feeling like it."

Hopefully these tips have given you something to think about and apply in your life. Unfortunately, life is filled with stress, boredom, fatigue, and work, but don't forget that you are 100 percent capable of pushing past these walls into future success and a sense of accomplishment. Now go pick up that pencil or instrument!