3 Steps to Identifying and Understanding Your Fanbase 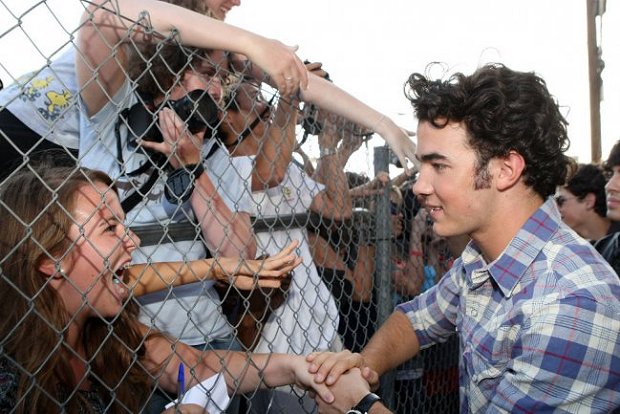 Are you frustrated because you feel like your social networks are at a standstill? Despite all your best efforts to engage people on Twitter or Facebook, do the retweets, replies, comments, and likes seem to be a method of mystery? In order to engage your fanbase and build upon it, you need to speak their language – not just your own. First and foremost, you need to know who your fans are if you want to stand a chance of engaging with them.

I've always had a knack for filling in the blanks and knowing exactly who a person is and where he or she is coming from pretty quickly. This talent translates well when I'm determining a band's fanbase, what motivates them, and how to communicate to them effectively. How do I do it? Here's the simple, three-step process I use.

I often start with Twitter to see who's following a band and notice if there are any themes with the followers. For instance, maybe I notice a lot of followers mentioning social causes in their descriptions. This tells me that a social component, charity, or world perspective is important to them. Or perhaps I notice most of the followers are pretty girls in their early twenties who follow fashion. I know in this case that they probably read fashion magazines or blogs and care about their appearance.

Look around you at your shows and who's engaging with you on your social networks. Who are they? What do they like to do outside of listening to your band?

2. Fill in the blanks

Now that I know their main interests, I need to fill in the blanks and determine what would be important to them. In the case of someone who's interested in social causes, I look at what else could be of interest to that type of person. Most likely, those folks are avid readers, like music with a message, hang out or work at coffee shops, volunteer for nonprofits, and are well-traveled. This may not include every fan, but the characteristics run through many of them.

Now that I have a clear picture of the fan, it's time to start communicating the message to engage with them. Once again, taking the example of the socially passionate fanbase, I want to think about what would be important to them. The obvious one in the news right now is the legalization of gay marriage, which is most likely important to the socially conscious fanbase. In this case, you would want to tweet your support of it or maybe even create some rainbow imagery to clearly identify the support. Perhaps you would line up a benefit show for another cause that would be important to both you and your fans, and then communicate via your social networks on how they could make a difference. If you know they're avid readers and a thought-provoking book came out that you’ve also read, you could engage that way.

At this point, you may be shaking your head in disbelief that I have yet to mention anything about your band in regard to your fans. That's the point in the case of social networks. It's not about you. It's about your fans and how to build loyalty so they do want to know about your band. Yes, you should mention what your band is working on, but you should also identify with your fans by talking about what they're working on that connects with you as well.

Above all else, any messages you communicate should be authentic to you as a band where you can easily connect. Most often, the fan is a clear reflection of the band's interests and values, so it comes easily.