3 Things All Musicians Need to Understand About Concert Photography

If you ever look directly down while you're performing, you'll often see camera lenses looking right back at you. The folks behind them dart in and out of the crowd, aiming those lenses high and low in search of the perfect shot. Though you're probably more focused on the show itself, have you ever wondered what those photographers are thinking?

Contrary to fans who capture memories for themselves (or posts for Instagram) with their cameras, a concert photographer strives to tell the story of the show through images. This is mainly accomplished by playing with lights, focusing on the performer's movement and emotions, and relying on various focal lengths to capture the right moment – as it happens. Here are three elements that every photographer considers when shooting a live band. 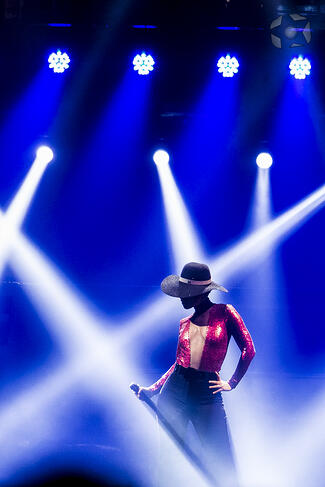 One of the more important elements in capturing the image – at least technically – is nice, white light, which provides the best skin detail. If none is present, we search for lighter colors that can add interest and contrast in an image. Placing lights in the background adds visual depth to a scene and also lights the often un-photographed drummer. (Sorry, guys! We love ya, but no light usually means no photo.)

Photographers try to avoid that nasty red-wash light that kills all skin detail. Sure, we have tricks to process the image so it’s not as bad – and it does set a great mood for the fans – but if you avoid it for the first few songs, photographers would flock to your shows, and you would be considered the new messiahs. (Okay, no promises!) 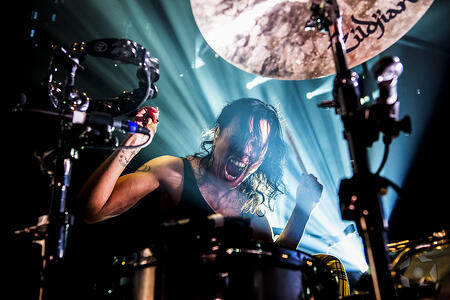 Your stage presence and emotions feed our creativity. If you just stand there and play, the images won’t be as compelling, but, if this is your schtick, then so be it. Personally, I always prefer someone who acts naturally on stage and pushes me to make great images.

A choreographed show, like, say, KISS, is fun to shoot – as fun as shooting fish in a barrel. It's great for a few minutes, then the lack of a challenge makes it (and the images) repetitive. Having an artist who's comfortable onstage is not only great for photos, but one of the reasons fans pay to see a show. So, while being yourself is key, some smiles, gestures, and a bit of movement can go a long way for us photographers. 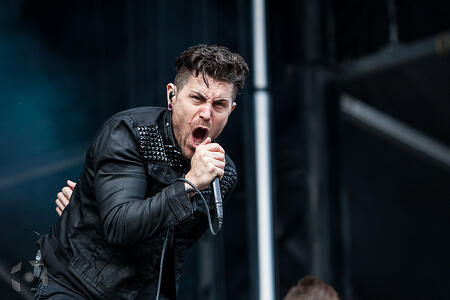 Fans want to feel that connection to an artist when they see him or her live, or else they'd just stay home and listen to the album. Likewise with photographers. I want to connect with an artist, either by hearing the music and beats to anticipate a moment, or actual eye contact, even for a brief moment. The fans who see the images the next day will also feel an extra connection if the artist is looking back at them.

It's the musicians' job to put on the best show possible for the fans paying to see them. It’s a hard life; you do it because you love it. The same goes for concert photographers. We are a dying breed, slowly being replaced by camera groupies who just want free access. Those of us who care about the art also care about your image and your fans as much as you do.

During POUZZAFEST last year, I attached a GoPro to my camera to give people an idea of what we see and how we capture our images. While not portfolio-worthy, the video below does give a little glimpse into the process of shooting a show.

Pierre Bourgault is a Montreal-based professional photographer who specializes in getting the image of "that one moment." You could say that he's a photo journalist, but he prefers to call himself a storyteller. For more info, please visit http://pierrebphoto.com.