Ask a Publicist: 4 Elements of a Great Music Blog Pitch 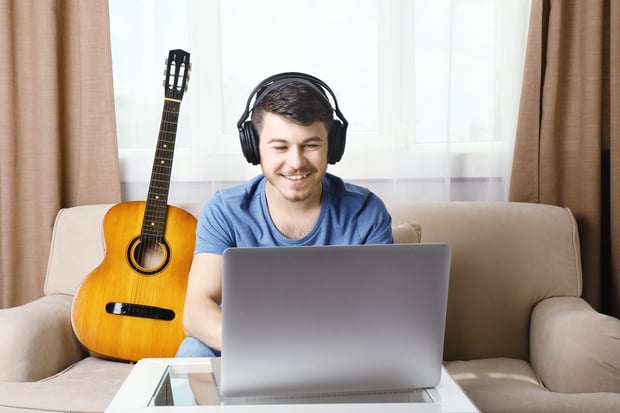 "We emailed blogs, but none of them ever responded." Sound familiar? The truth is that blogs are burdened by submissions and only have so much time in the day to listen and check out every band that comes their way. If you want to be the one who gets heard, there are a few things you can do to increase your chances. This all starts with how you write your email. The ultimate name of the game? Make writers' jobs as easy as possible.

Every outlet has different submission guidelines and sets of rules to increase the chances its writers will listen to your music. While it can be burdensome on your end to email 100 blogs each requiring a different submission guideline, you will find most of the guidelines overlap with each other. Create a list of guidelines for each blog to determine the commonalities, and then make sure you have all the information in your basic pitch. Once you start pitching to each blog, it'll only take a few small tweaks and a bit of rearranging to cater to their specific needs. Yes, it’s a pain. But you do want to be covered, right?

2. Give a reason why they should cover you

You have to give the contact a reason to cover your band. If you're a hip-hop artist contacting a writer who only covers folk, "We have super dope beats" won’t suffice. The same goes if you're a folk artist contacting a hipster indie blog, telling them, "This is the best record I’ve ever made." It’s not about you. It’s about them. What have they covered that is similar to your band? Is there something they’ve written about that makes you think they could like your music? If you can’t find a reason why they should be interested, then you shouldn’t reach out. It’s that simple.

3. Ask for what you want

Specifically ask for the type of coverage you want. But first things first: make sure the blog you're contacting actually does that type of coverage. If it’s a blog that only posts MP3s, you shouldn’t ask for an album review. This will just tell them you know nothing about the blog. Do they have a specific column where you could be a fit? Mention that column. Know what they cover in advance to show you're paying attention, and don't waste their time with what they don’t.

There are a few things you should include in absolutely every single pitch to make it easy for the writer. All of these should be direct links to the information, rather than attachments. The only time you should send an attachment is if it's specifically requested.

As mentioned, media is always working against time constraints to get everything done. There simply is never enough time. If you take the few simple steps above into account, you’ll be on your way to building a stronger relationship in the future. The pitch may still not receive a response right away, but don’t get discouraged. Just follow up in a week or two weeks to see if the media contact has had a chance to listen.

Get more tips for pitching the press: