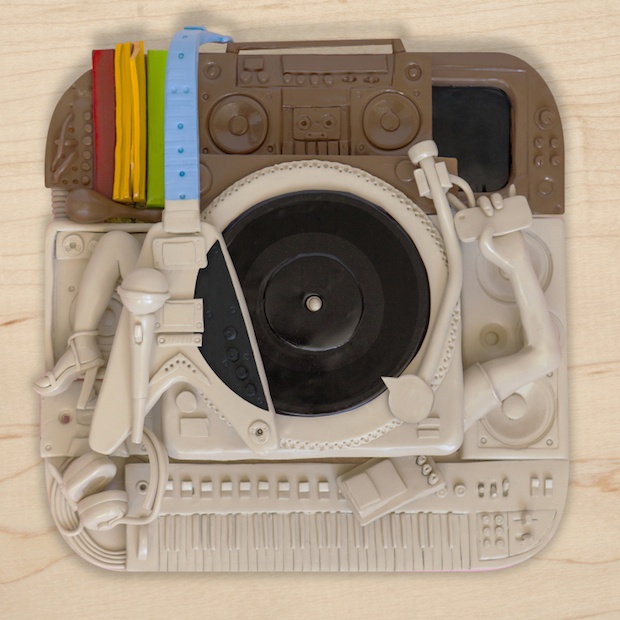 A picture is worth a thousand words, and these days, a thousand fans and comments. Instagram recently launched @Music, an official account dedicated to "capturing and sharing the world's musical moments." Each week Instagram features a selected photo that shows "a different side of artists you know and love."

Highlighting the value of storytelling, Instagram goes beyond your average 140 characters to share moments that are personal and inspiring. These snapshots give followers a glimpse inside the minds of some of their favorite artists and a taste for what drives them – all with just one photo.

Considering musicians comprise one-quarter of the most popular accounts on Instagram today, it makes sense that the photo-sharing app wants to highlight this dynamic sector of its user base, and there's a lot musicians can learn from the account, the featured artists, and the stories being shared.

Calling Asaf Avidan’s (@asafavidanmusic) voice “distinctive” doesn’t do it service. It’s high-pitched, ethereal, androgynous, and over the last decade, it has turned him into a star. The Israeli native still stays humble, though, by capturing the authentic bits and pieces you don’t always associate with rock stars, from ironing a shirt 10 minutes before a show to signing hundreds of CDs for a future giveaway. “I would find myself back in this little scene of loneliness waiting for time to pass or needing to iron my clothes because you crumple them up in your luggage and carry them around and you have another show the next day and you aren’t going to have time to wash it,” he says. “I find these little moments so ironically pathetic and beautiful because they are so real.” Photo by @asafavidanmusic

If Instagram @Music can capture compelling anecdotes with one photo, consider the potential to create a continuous narrative that fans can follow from one photo to the next. Not only documenting day-to-day activities, but sharing personal stories, experiences, and discoveries along the way.

Israeli singer-songwriter Asaf Avidan likes using his Instagram account to show the quiet, mundane moments that are as much a part of a rock star's life as late nights and parties. From ironing and mending his clothes, to working on his laptop, to documenting his favorite snack (banana and peanut butter), Avidan balances out the stadium photos with unfiltered acts.

"I find these little moments so ironically pathetic and beautiful because they are so real," he says. Revealing these intimate snapshots amid the star's whirlwind lifestyle lets fans feel connected to the man behind the music.

2. Think outside the "square"

Writing a 15-second song seems simple enough: come up with a riff, play it for four bars, then finish. Still, it delivers its own unique challenge, one that Dawes (@dawestheband) lead singer Taylor Goldsmith was up for when he started sharing his own creations via the hashtag #songsjustforinstagram last year. “I liked the idea of doing these contained, melodic ideas that wouldn’t be found anywhere else,” he says. “Rather than just setting up a phone, playing piano or guitar and picking my favorite 15 seconds, I thought it was cooler to try to come up with an idea that started and ended in those 15 seconds.” This June, Dawes is going to spread the #songsjustforinstagram love to the world by releasing a special edition seven-inch vinyl of Taylor’s creations with the group’s new album “All Your Favorite Bands.” “We basically just put on as many as we could fit,” he says. Video by @dawestheband

Dawes frontman Taylor Goldsmith connects with his fans literally through his music. The singer started recording original 15-second songs especially for Instagram using the hashtag #songsjustforinstagram. He enjoys the challenge of creating something specifically for this medium, while followers enjoy a peek at his creative bursts. The venture gained so much traction among fans that Dawes even released a special-edition vinyl of the Instagram songs in conjunction with their LP, All Your Favorite Bands.

Don't forget that Instagram's video feature is just as valuable as the photo feature, especially for musicians. Goldsmith came up with a creative way to share his art within the medium in a fun and creative way that really resonated with his fanbase.

3. Focus on the details

“I wanted to do something that captured our intimacy. I also take a lot of bare photos of people. A lot of what I do with my art is to try and change the conversation. So luckily Leon was willing to be part of that conversation. Again, it’s just representing us. It’s just what we look like.” – Erin Margaret Alison Rambo (@rambo), on taking pictures with her best friend and emerging soul singer Leon Bridges (@leonbridgesofficial). To see more photos of their adventures from the road, head to blog.instagram.com. Photo by @rambo

Everyone loves a good selfie or concert photo, but what makes yours different from the next band's?

When sharing these images, think about what's truly being captured. What type of story does the photo tell? What kind of energy is conveyed? Is this a sweaty, head-banging live show or an emotional, intimate show? What happened that night that made this concert different from the others? Were there any close calls with gear or traffic, was the green room amazing, or were the sound guys awesome?

Think about the photos that make you stop, read, and respond with a like or comment. Then think about whether your shots achieve the same impact. By personalizing photos with framing and context, artists can communicate their persona and temperament to fans, creating engagement that lasts beyond a quick scroll through their photo stream.

Soul singer Leon Bridges posed for his friend and photographer, Erin Margaret Alison Rambo, to capture their close relationship, and yet the photo achieves much more. Black and white filters all of Bridges' Instagram photos, alluding to the vintage influences present in his music. The singer's downward gaze reflects Bridges' introspective nature as he rarely posts photos looking directly at the camera, opting for contemplative profile shots. Lastly, the personal portrait also parallels the intimacy present in his music.

Bridges' consistency in every photo he shares has helped him carve out his image and identity and garner a fast-growing, devoted following.

4. Make your fans feel connected to you

While she hasn't been featured on Instagram @Music (yet), Taylor Swift is a great example of an artist who uses the platform to reveal her life behind the scenes. Through Swift's photos and videos, we've learned about her comical relationship with her cats, with her female peers (Lorde, Haim, Karlie Kloss), her family, and even her childhood best friend.

Swift doesn't take herself too seriously, which makes her relatable to fans despite being one of the biggest pop stars on the planet. Coversely, this relationship with her fans has played a significant role in Swift's rise to superstardom. Fans feel connected to her, making them interested and excited to see what she shares next.

Even on a small scale, creating content that resonates with followers can lead to a strong community of engaged fans. Instagram affords lots of tools for musicians to capture their experiences, while @Music offers insight into effective ways of achieving this through showing and telling.

Take advantage of captions, filters, framing, and most importantly, your thoughts and experiences, to share moments that leave an indelible impression.

Get more tips to make your band's Instagram stand out: