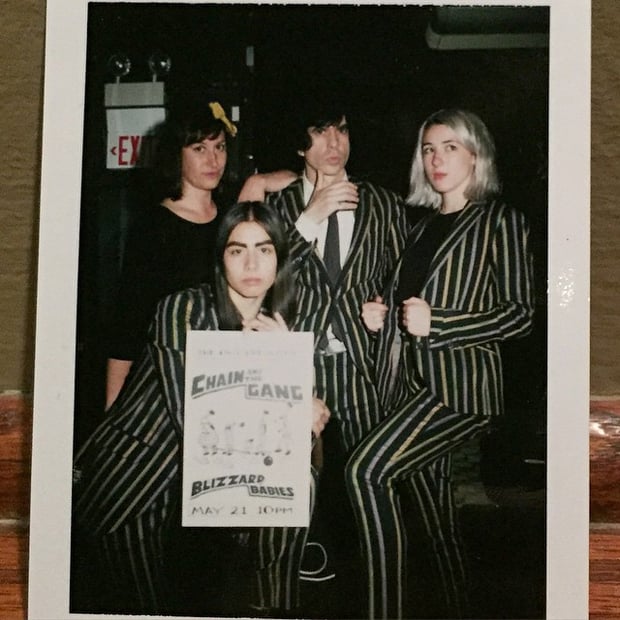 D.C. punk band Chain and the Gang takes a different approach to a group photo on Instagram. (Image via instagram.com)

Navigating social media as an independent band or artist is a subjective effort, like anything else in your DIY endeavors. Still, there are methods commonly regarded as either successful or unsuccessful, and in the latter there are types of posts typically agreed upon as mistakes. Taken to extremes, these errors can cost you more than just followers. You could lose fans – like, IRL. We've compiled four of the most prevalent – and most easily avoidable – social media faux pas below.

We aren't saying you absolutely cannot address heavy subjects, but we do believe you should not do so carelessly. If you want to publicly take a stance on any issue, that's your right. Just make sure your intentions are true, and that in trying to spark a healthy conversation or raise awareness you're not inflammatory or offensive.

A few things to consider before posting:

2. Neglecting to use social media on a regular basis

Your online presence is paramount in growing and maintaining your fanbase. Bands don't have to use every platform available, but failing to use any of them is a giant missed opportunity. Instagram accounts with only two images posted and dusty Facebook pages with timelines that offer no current info are unlikely to warrant a follow or a like. If you're struggling to keep up with your accounts, try this schedule.

Yes, posting flyers and links to upcoming shows is important. You should always keep your fans updated on where they can see you perform next. The best social media accounts, though, offer followers more than that.

We've compiled a list of topics to post about other than your music here. Some highlights and extras:

The most common mistake in this area is to inundate your followers' feeds by relentlessly posting about your upcoming show. Make an announcement, post about it sporadically for a few weeks, and then post again the day of the show. Don't get overzealous!

Other too-much techniques that could annoy your fans: