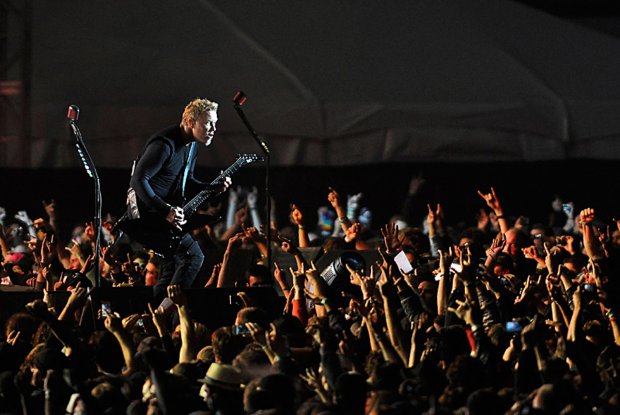 Success doesn't come easy. I've used this quote from Dicky Barrett of the Mighty Mighty Bosstones before, but it's worth repeating: "If it was an overnight success, it was one long, hard, sleepless night." If you want to be successful, you have to work hard and not skip any steps or take shortcuts. But you already know this – or at least you should if you're here, reading our advice!

Here are four things you have to stop telling yourself if you want to be successful, simply because these thoughts or sayings could derail you from your desired course of action and end result.

Erase that thought from your brain and don't allow it to be part of your mantra. Negative thinking doesn't do you or your bandmates any good. Some bands may blow up seemingly overnight, but go back and trace their history and you will find most acts have been toiling for years. Ed Sheeran used to play pubs. Finger 11 released several albums and hung out in Creed's shadow before finally having a hit. Modest Mouse was the king of college radio and indie rock until one song pushed them through. The same can be said for alt-rock angst queen Liz Phair, who was a critical darling before she had a pop radio smash. It can happen at any time, and it ain't happening without a plan. So have a plan and execute it as best you can.

Don't compare yourself to another act in that way. It's not productive. Instead of bemoaning someone else's success, focus on your own or how to create your own. Crib from their playbook instead of sulking about it. Look at what they did and how they got to where they are, and try to replicate it with your own unique spin and in a way that properly applies to your sound and situation. But don't compare your trajectories as good vs. bad, big vs. small, have vs. have not. Use the information at hand and turn it into action.

Stop being a self-crippler with that type of thinking. I know – it sucks to be working hard and seeing minimal financial return and having to have a side job while pursuing your dream job. But you have to, well, suck it up. As is the case with any investment, it's not always instant. ROI take times and effort, and you have to accept that from the get-go. You have to sacrifice. If you aren't willing to put in the work and suffer some of the losses, then maybe this isn't for you. Just remember that anything worth having is worth struggling for.

It's your art. It's not a waste of anything unless you deem it so. All art will eventually find its audience, but you have to think positively and believe in what you're doing in order for that connection to be made. If you're telling yourself that it's not worth your time, then why would anyone else invest precious time listening to it? Be positive. Seriously.

[Is Negativity Holding Your Band Back?]