Is Negativity Holding Your Band Back? 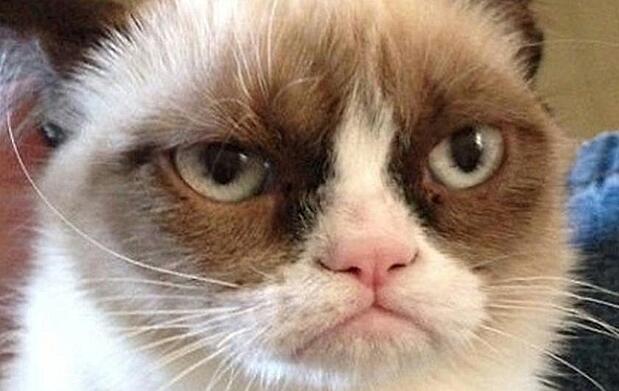 When a band is at their best, there's an aura of positive vibes emanating. They're working together in sync and letting their ambitions get them to a higher place. It's a major characteristic I've seen in bands that grow from small-town to national to global. They fight to maintain positivity, and it isn't always easy.

So what keeps other bands struggling and stuck in the opposite groove? Negativity. Let's face it – everyone’s guilty of succumbing to negativity every once in a while. Whether it's letting someone else's negativity bring you down, or your own bad attitude keeping your band from finishing a song, it's safe to say that negativity can keep you from reaching your full potential. Negativity is your fear getting to you, and it can act as a creative block if you allow it to.

You may not notice it, but negativity could be holding your band back right now. You could have fallen into a funk in which many before you have found themselves trapped without even noticing.

Answer "yes" or "no" to the following statements to determine whether or not you're in a rut:

If you answered "no" to two or more of these questions, you might have a doom monster growing in your gut. I know it's not this black-and-white, but I hope these questions have highlighted some of the very normal negative traps that can affect you.

If you really want to make it in the music world (or any creative field), it means trying to see every problem as solvable, looking at an issue in a different light, ignoring those who might be bringing you down, and taking full advantage of the opportunities that come your way.

Here's some advice to get ahead of those adverse feelings.

1. If at first you don’t succeed, try, try again

Too many artists quit when the going gets tough. Just because you've hit a bump in the road, or heard "no" one too many times, doesn't mean it's time to give up. Use any failed starts, bad experiences, or mistakes in your career as learning opportunities. Be sure to continue to grow both as an artist and as a business professional (because after all, music is your business) and see the potential in everything you do. And remember, your past is not indicative of your future. Just because your first band broke up, or your last album wasn’t a hit, doesn’t mean that this time is going to be the same. Don’t keep a tally of your failures as a record of self-defeat. Let it go. Make note of where you can improve and take the steps necessary to do so. Seek professional advice when you can't find it on your own, and never give up if this is something that you're passionate and serious about.

2. Stop caring about what people think

This is a tough one. It's probably one of the hardest things to get over in any industry, but it needs to be done. Don't let Negative Nancy and Norm get you down. Make the distinction between haters and constructive critics. A good way to tell the difference is by looking at where these critics are coming from – are they a reputable source? Are they people you know and respect or just anonymous commenters online? Have they been there since the beginning, or are they jumping in only to tear you down?

Try to separate comments from people who are just being rude and those who want to help you succeed. Make sure you acknowledge positive and constructive feedback, and make a point to really take their notes to heart. Always remember to pick your battles, and have the strength to know when to walk away. Some people are simply trying to bring you down. Determine if their comments are worth your time, and if they're not, just brush them off. Not everyone will want to see you succeed. Value those who do, and ignore those who don’t.

"I don't have time," "I can't right now," "I won't ever succeed." Excuses, excuses, excuses. It's easy to shift the blame on outside circumstances and think your time will never come. An important thing to remember is that busyness is a state of mind. Take full ownership that making up excuses is a negative approach that'll stop you from actually going anywhere.

Don't think that someday your time will come. Your someday is today! It's your job to make the time needed to succeed. If this is what you want in life, and I mean, really want it, then why make excuses? If you can complete a task in five minutes or less – like sending an email to a booker or getting a schedule ready for next week – do it now. And on the opposite end, if you're unsure of something and have spent all your time obsessing over it – whether it's how a song is progressing or where to go next – leave it alone for a day and come back to it with fresh eyes and ears. The more you think about the future as unattainable, the less you'll get done today.

If you're looking to make music your full-time career, you're going to be spending a lot of your time with your bandmates. Which means you'll inevitably have lots of highs and lots of lows. On tour, you'll be in cramped vans and playing in small venues with five people watching you. Things will get rough. But know that pretty much every band goes through the same trials, and the point is to not buckle under pressure.

But if someone in your band is making decisions that are affecting the group negatively or making everyone else feel terrible about the show the night before, you need to take a moment for a breather. Make sure there's open communication, and people can really vent their frustrations. And don't bottle up things that are keeping you down. Resentment will build up; the band will implode. You can always turn negative circumstances around into a new approach.

You have to follow your gut. There's so much that could go wrong, so stop being afraid and start thinking about what could go right. The fear to fail can be just as detrimental as failing itself. It can be paralyzing. Express yourself. If you're afraid that something is going to go wrong, talk to your bandmates about it. Perhaps they're feeling the same way, or maybe they're able to reassure you and help you move forward. Think of what's already right. Be thankful. Positivity will fuel your work and can lead to success.

Audio Blood is a full-service band and brand development firm specializing in creative marketing campaigns, publicity, and strategic brand management. But more than that, Audio Blood is a community of young, culturally engaged, and inspired tastemakers. Audio Blood has earned their name as Canada's go-to hub for groundbreaking events and talent by making genuine and honest connections with every person they work with. It's AB's so-crazy-it-just-might-work approach to marketing that have people turning their heads internationally.