4 Tips to Get Better at Playing and Singing Simultaneously 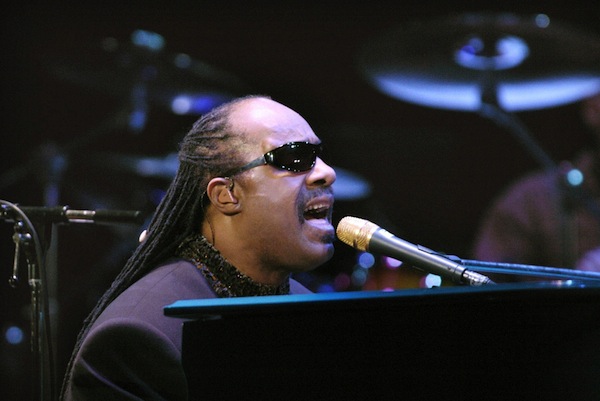 If you want to be an active professional musician, you should learn to sing. It's an incredibly beneficial skill for your ear development, and it's a lot of fun as well!

There are tons of benefits to being able to sing and play an instrument at the same time. For musicians that are primarily instrumentalists, this will allow you to sing backup vocals and harmonies in your groups, thus making you a much more valuable player. Plus, if you start a group but can't seem to find a singer, you can just do it yourself! Additionally, it's great for singer-songwriters, as they can learn to accompany themselves without having to hire extra musicians, which gives them a lot of mobility and makes it much easier to book tons of gigs and tour.

However, singing and playing at the same time is hard! Doing one at a time can be difficult enough for many people, so how are you supposed to do both at the same time? Well, the short answer is lots of practice. Aside from that, here are four tips that I've picked up along the way that may help.

First of all, before you even think about playing something and singing it at the same time, you've got to be completely comfortable doing each part individually.

Spend the majority of your practice time on each individual part, and make sure you get super comfortable and can execute each at a competent level without thinking about it too much. This is especially true if you're fairly weak in either singing or playing, as is often the case with instrumentalists who want to pick up some vocals, or singers who want to learn to accompany themselves.

The "without thinking about it" part is the key here. Your brain doesn't like to multitask. It doesn't do good work when it has to multitask. Thus, you need to take as much thinking out of the equation as you can, and the way to do that is through slow and careful practice of both the singing and the accompaniment individually.

2. Map out the song's priorities

As I just mentioned, your brain doesn't like to multitask. And no matter how much conscious thinking you're able to avoid when working on each part individually, it will still require a ton of brain bandwidth in order to make playing and singing simultaneously happen.

When you're feeling ready to start practicing putting the pieces together, make a mental note of what needs to take top priority. If you're playing guitar and singing in a hard rock band, you might need to sacrifice a word or two of the vocals in order to make the technical guitar work happen. If you're a folk singer-songwriter, you may need to miss a chord change or two here and there to make sure that you deliver the vocals in the way you want.

This mental priority shift doesn’t need to stay consistent for the entire song. There will likely be some parts of the song that require more attention for the accompaniment and other parts will be more demanding for the vocals. After you run through the song a few times, you'll start to get a good idea of where these spots are, and you can spend some time really mapping out where your attention will go during the song.

3. Try playing along with other musicians

I often have a way easier time singing and playing at the same time if I'm playing in a group setting than when I'm practicing it on my own. There's a variety of reasons for this, and as soon as you start getting comfortable singing and playing, it's a good idea to start trying it out in rehearsals.

First of all, there's less pressure on you and your playing when there are other players in the group backing you up. The drummer will be helping to hold down the time, and the bass and additional chordal instruments will help keep the harmony going even if you need to drop out for a second to nail a vocal delivery.

Of course, you'll still want to keep practicing the skill on your own, as it will challenge you more and help you grow. But playing in a band is still a skill in itself, and if you want to play and sing in the context of a band, you'll want to be practicing in that context itself as much as possible.

4. Trust that you'll improve over time

If simultaneous singing and playing is a new skill that you want to develop, you want to really take the time to dig in and practice it using one song that you're really familiar with. It's a bit of a process and will take quite a bit of time to get used to. However, as you go through the process of individual practice and map out where you want your attention to go, it's something that you'll get much faster at doing. Eventually, you'll reach a point where your mind knows how to shift its focus appropriately with very minimal effort or thought on your part, and you can really spend your time focused on learning each part really well individually. I can't stress this individual practice enough, as the better you know each part on its own, the easier it'll be to make the transition to singing and playing at the same time.

Another thing to note is that this mental focus and ability to shift back and forth is a universal skill. If you are equally as comfortable on a piano as you are on a guitar and know the song equally well on both instruments, you should be able to switch from the guitar to the piano and vice-versa when accompanying yourself without having to start the learning curve over on a new instrument.

Bonus tip: learn the drums, even if you don't intend on being a drummer!

I feel like learning the drums is very beneficial to every musician, but I remember specifically how the skills I learned while picking up the drums benefited me when I wanted to get better at singing and playing simultaneously.

When you sing and accompany yourself, you've basically got two things going on at the same time: playing and singing. When playing drums, that number actually doubles! Advanced level drummers are capable of using both of their hands and feet to play four individual parts that could be completely independent of one another, essentially playing four different instruments at the same time. This requires the same sort of mental focus and shifting that singing while playing does, and learning to play a drum set can help you to develop your coordination skills much faster.

Next time you and the band are hanging out, see if your drummer can help you learn a basic groove or two, and see if he'll let you practice them on his kit before or after rehearsal. It'll help you in more ways than one!