4 Ways to Keep Your Fans From Forgetting About You 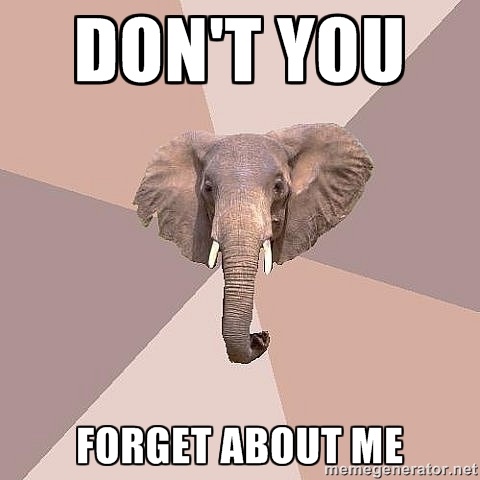 When a band or an artist is off the road, in between albums, and/or taking a well-deserved break, there's the fear that fans will "forget" or move on. Granted, there are diehards who will never, ever harness their passion for a band. But the more casual or middling fan might quickly cruise on over to the next thing. Fickle is the music fan when there are so many acts assaulting their ears and their senses with songs and social media.

When you don't have new music to share or a tour to keep you in the face of your fanbase, there are some cheap, effective, and easy ways to keep them from forgetting about you!

When you're off-cycle, stay active and in direct touch with fans. Reach out. Engage in an impromptu or scheduled Twitter Q&A, and then respond directly to fans. Conduct a Reddit AMA. Be present, and be direct.

Don't just post generic items. Go deep with fans. Release an old song or demo on Facebook or Twitter and ask for feedback. Share content that has nothing to do with your music, too. Engage the fans in multiple ways, and make them feel rewarded with little pieces of your life.

2. Do a random interview

Ask your publicist to set up random interview with an outlet that you know your fans read or that they check daily. Give them a big and all-encompassing update that will get some buzz going and keep the chatter happening.

If you don't have a publicist, then make friends with the editors and writers at your local outlets and partner with them, or post a comprehensive band update on your website or Facebook page.

3. Clean out your van and do a Twitter contest

Clean out your tour vehicle and offer up some stuff you find on Twitter, like unsold shirts, the actual shirts you wore onstage, a crumpled up setlist, or other ephemera from the trek. It's super cool stuff the fans can't get anywhere else and comes across like a gift from you to them.

You can also clean out your storage or rehearsal space and offer up old drumheads or guitar picks. Make it easy for fans to win this stuff. Make it fun and engaging, and give fans a chance to interact with you repeatedly as the contest shakes out. It gets them talking and keeps them excited. It also deepens the connection, and you can never undervalue that.

4. Did we mention interaction?

Have a contest where fans can name a song or can vote on album titles. Ask for their early opinion on snippets of songs. Make any connection and interaction count. If it's super personal and not mass/generic, it makes these fans feel like they have ownership of your band, and they're more intimately involved and connected. Just don't overdo it. Apply the concept of quality over quantity.

Essentially, fostering a direct connection with fans and being reachable during your downtime is critical. Did you ever notice how every now and again, an artist like Taylor Swift will make national headlines for directly conversing with one of her fans on social media? It might not grab media headlines for you or your band, but it will certainly make your fan's day in the same exact way. Remember that!