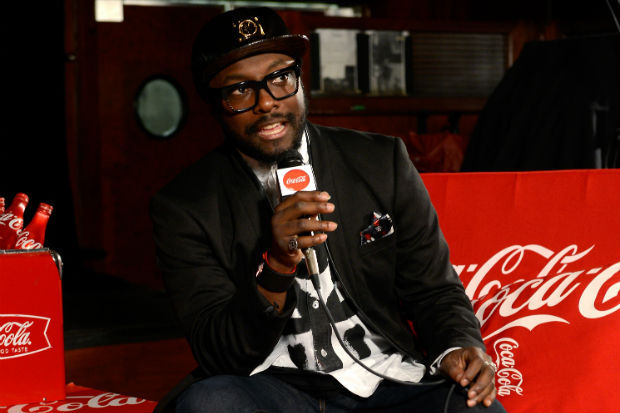 The Black Eyed Peas' will.i.am at a press conference. (Image via usnews.com)

You've probably heard the media adage that there's no such thing as bad publicity and that all PR is good PR, since it means you're top-of-mind and being discussed in the press. That's mostly true. But you can make some simple, common PR mistakes that are often repeated by many bands and artists in interviews.

Here are 10 of the most common – yet easily, easily rectifiable – interview missteps.

1. Forgetting you're on the record

Remember, you're being recorded and you're on the record, so anything that you say is fair game. So don't say something you might regret later or without asking for something specific to be off-record. Granted, even innocuous statements can get misinterpreted or reworked in the final piece, so it's always best to take care with your answers, or it could bite you in the ass.

This goes for both the things you say during the interview and any sort of personal friendship – casual or not – you may develop with a writer post-interview. Befriending writers is totally fine, but there's always a "buyer beware" element. Unless the writer is someone you might ask to be your kid's godfather, or someone you invite to your wedding, or call when you're off-cycle just to check in and see how he or she is doing, you need to be careful about how much you share and giving out your digits. You don't want your personal life to become media fodder.

Interviews might not be the most thrilling part of being in a band, but they're how fans and readers get to know you – via a filtered lens, of course. So keep every interview fresh, and keep your quotes different in different interviews, even if the interviewers ask the same things. Repeating yourself and giving what feels like canned interviews is a waste of time and doesn't show the real you. Think it's hard to say the same thing different ways? Talk to your PR person about media training. That will solve a lot of concerns and prep you for this repeat behavior. Also, good writers will ask you unexpected and fun questions, keeping things interesting and unpredictable – so be prepared for that as well.

Don't do it unless you have a really good excuse (usually involving something serious like hospitalization). It's just not professional. It's frustrating for the writer, who is on a deadline, has copy to file, and other stuff to do. It's also frustrating for your publicist, who has to drop what he or she is doing to reschedule, in addition to massaging the situation and apologizing profusely on your behalf. It's not "just an interview." Be respectful of the writer's time and deadlines, or that lack of discipline can be used as color detail or commentary in the piece. It's 15 minutes of your day at most. Be productive. Do the work of being in a band and being an artist besides making and performing music.

If you're in a bad mood, tired, drunk, hungover, dealing with band infighting, or any other personal drama, it's best to reschedule and give the writer and your publicist as much notice as you can. You don't want to go into an interview giving one-word answers or incoherent replies, because once it's printed, it's public record and requires too much effort to change or retract – and that goes for the words and the perception. So do another "re," as in reschedule for when you're in a better mood or better equipped to deal with the situation.

Don't be texting your friends or you significant other while you're doing an interview or a photo shoot. Be present, be in that moment, and focus on making that piece of press the best representation of you. Your publicist and press kit will love you for it. If your loved one must be there, that's fine, but make sure he or she is not intruding on or complicating the task at hand. Most of us don't take our romantic partners to our jobs and would likely get fired for doing so. I love making friends with and spending time with the partners of my artists when they're on tour or in town, but said partners always know to stand back, let the interview happen, and not be invasive. Your loved one should not be sitting on your lap while you're talking about your new album to a professional writer. That might seem like the rock star life, but it doesn't always translate well. Plus, it's a cliché. Do something more original.

You should always know who you're talking to and for which outlet. As a publicist, I often supply notes with my interview schedules, letting my band and their manager know when a writer is A-list, has multiple outlets that could lead to more coverage, is a huge fan, whatever. I want them to know who they're talking to and why they're important. Knowing is half the battle, right? Plus, there's nothing more insulting than walking into an interview and asking a professional writer, "So, what's this for?"

8. Being nervous when your publicist sits in

For major covers or mainstream features, I've sat in on the interview with the writer and band member or members. Don't let that make you nervous or dismiss the PR person from the room, since he or she can help diffuse awkward questioning. I've had an artist ask me to leave and later regretted it, since answers to uncomfortable questions were published and I could have easily cut those off during the interview. And trust me, interviewers are used to having a looming PR person there during a chat.

The best interviews come from chats that are like conversations, where the artist and the writer play off one another, discuss a wide array of topics, and connect on a few levels as humans with interests. Allow that to happen. It makes for the best finished product and gives the reader/fan an inside insight they can't get anywhere else. Don't be stiff, disengage, or put up too high of a wall that can't be scaled. You don't need to give the writer a ring and be betrothed, but don't check out, either.

10. Being controversial, silly, stupid, or outrageous for the hell of it

Don't be any of those things "just 'cause," to get a reaction, or to seem cool or crazy in the published piece. Only do that if that's how you are 24/7. Essentially, be yourself. Be real. Don't do something because you think you should. Be natural.