5 Little Ways to Make More Time for Music This Week 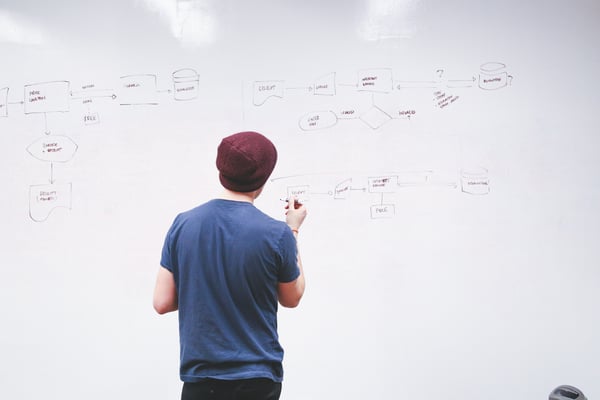 Finding more time for music doesn't have to be complicated. (Image via stocksnap.io)

If you really care about something, you'll find a way to make time for it, right? Whoever believes that hasn't struggled to balance a full-time job, a DIY music career, and the general obligatory stuff of being a human. Even musicians who truly love the craft can find themselves short on time for practice, songwriting, or playing gigs.

You meant to allow a half hour to tweak that new song today, but a stop for gas, some unexpected traffic, and a surprise call from a friend you've been neglecting and – bam! There goes your songwriting session.

Life getting in the way of your music-making is inevitable, but it's also manageable. These five tips can help you reclaim that time and develop habits that will help you avoid losing it in the future.

Step away from Facebook, Twitter, Instagram, or whichever platform is your time-killing kryptonite. Think about how much time you spend scrolling through your feed. What are you even getting out of it? Probably not any improvements in your skills as a musician, and that's what really matters to you.

You'll need to spend some time on social media for your band for marketing purposes. (But even that can be trimmed in time if you do things efficiently.) You might use your personal account for networking, too. All of that is understandable and necessary.

What we're referring to here is the fruitless stuff we all indulge in: Viral videos, funny memes, historical trivia articles, Reddit, celebrity gossip, and anything starring the cutest and silliest cats and dogs. We get most of that content through social media, where we're also inundated with political arguments and updates from other people about their lives and baby photos and whatever else they want to share. We're not asking you to give all that up – only that you keep it to a minimum.

Designate specific windows of time for personal social media use and stick to them. Allow yourself a realistic amount of time; you can always lessen it later. After a while, you'll find yourself less compelled to constantly check your feed – which gives you more time for music.

In any area of your life – the band, work, home – are you unfairly carrying the heaviest load? Do your roommates never help you clean, and you're always stuck with all the chores? Do you take more tasks on at work than your job description allows? Are your bandmates making the term "DIY" feel painfully literal?

You shouldn't be expected to bear the brunt of the work of any relationship, whether professional or personal. If you think that's your situation, talk to the people involved about how it affects you. Make the changes necessary to ensure you've got the time you deserve, and dedicate it to your ambitions.

Besides social media, there are plenty of other focus-annihilators to dodge. And the less focused you are on whatever task, the less efficiently you'll complete it – which eats up the time you should be spending on music.

Consider what's interrupting you, and fix it. If you have roommates, shut the door. Silence your phone, turn off notifications, turn on auto-reply if you need to, or just shut it down altogether.

Once you've gotten distractions out of the way, now make sure you're dedicating the appropriate amount of time to non-musical responsibilities.

Are you over-explaining your email responses? Use concise answers to move through your inbox faster. Do you go out to eat a lot? Cook meals for the week in advance at home instead. Do you tend to chip away at tasks rather than tackle them all at once? The latter actually saves time.

4. Fill your downtime with music

Staring at your phone is one option, but listening to music podcasts, reading about music, or reviewing your own recordings while you're riding the train or waiting in a long line are far better choices for your career. Whenever you find yourself with nothing to do but wait, you can use that time to educate yourself or get inspired. You can do a few of those things while driving, too, of course.

If you've run out of gas, head to bed. Rather than spending your last two or three hours groggy-eyed and unproductive, get sleepin', and wake up a little earlier. Devote that extra time, either right away or somewhere later in the day, to music.