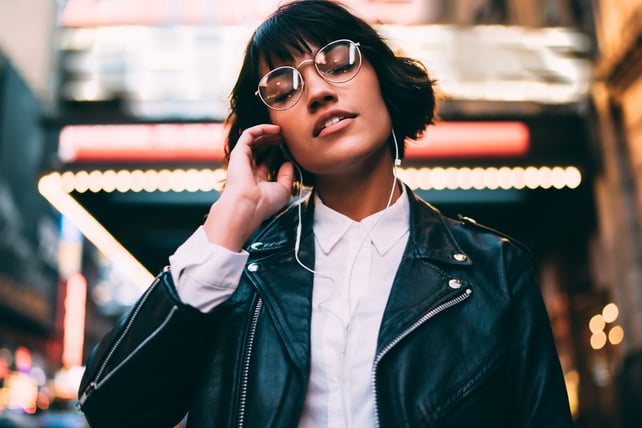 Releasing an album is hard. It’s what most musicians want to do the most (that and play live), but it is also one of the most difficult things you’ll have to do as a working artist. One of the things that can make the process so stressful is how long it takes and how many resources it eats up.

Between writing, rehearsing, perfecting, recording, mixing, mastering, and actually releasing the collection (which also typically includes a promotional campaign and shooting music videos), years can go by between proper full-lengths, but in today’s fast-paced musical world, that is not the best way to keep your career on the fast track.

Instead of rushing your next album, why not put out something different in the interim? Keep your fans happy, maybe make a little money, and buy yourself some more time before people really become impatient with how long it’s taking you to finish your latest masterpiece (even if it hasn’t been that long in your eyes).

EPs (otherwise known as extended plays) are an excellent first option when it comes to releasing some type of collection while you finish your album, but be careful, as if you do too many, you can set yourself back!

An EP is essentially just a short album, and they can be from three to eight songs long, typically. While your fans will always want more music from you, I wouldn't suggest going with an eight-song EP, since that’s just a few extra tracks away from being a full-length. Sticking to three or four songs still allows you to release something more than a single, but it’s not enough to truly pull you away from crafting an album.

Also, since they are very short, EPs typically sell for less money, and that might mean a few more fans are convinced to purchase your latest, as opposed to simply streaming it, which might not bring in as much cash.

[How to Record an EP on a Shoestring Budget]

"Mixtape" has become the hot word in music these days, even though the format certainly isn’t new. Mixtapes have been around for decades, but they have taken on a new importance in the age of SoundCloud, Spotify, and free music.

While they may often be as long as regular albums (or sometimes even longer, depending on how much work you want to put into them), most people understand that mixtapes are supposed to be a bit rougher around the edges, so you don’t need to make sure everything is perfect before you release it.

Mixtapes are a great opportunity for you to try new things, work with people you wouldn't normally collaborate with, and just go wild! If you’re giving the mixtape away completely for free, people shouldn’t mind if it’s experimental, whereas they might if they paid for a full album and it isn’t what they expected.

3. A collection of demos

Most artists don’t want to let their demos go out into the world and be heard, and that’s an understandable mindset. There is a reason why they are demos and not finished products, but if you’re savvy, you can find ways to make money and connect with your fans over every single piece of content you create.

Releasing a collection of demos can be a great way to show the progression from start to finish for the tunes you released, as well as how much work goes into one song!

I’d suggest against releasing demos of songs until long after the polished versions are out, because after a few years, they take on a nostalgic feel, as opposed to sounding as if they weren't ready for primetime.

Singles typically precede albums, and you can certainly feel free to begin the promotional campaign behind a new full-length months before it’s completed by dropping what could become a hit, or you can gift fans a single that isn’t connected to anything.

Feel free to make it clear that the new track is simply meant to keep people happy in between proper releases, because if you don't tell your fans that, they’ll immediately wonder if this latest release, which might come with a promotional campaign and even a video (if it’s a real single) means a lot more music is coming very soon.

Keep in mind that a single can also be the first taste of not just a full album, but also an EP, or perhaps a re-release.

Speaking of re-releases, these collections, which have become much more popular with major artists over the past five or 10 years, is not only a good way to make the break between albums seem shorter, but also to further monetize something you’ve already released.

Re-releasing an album would involve tacking on a few new songs, perhaps some remixes, launching a single (if you really want to get the most out of your efforts), and getting new art created. The idea is that fans will rush back out and pick up a second copy of your album, or perhaps those who weren’t convinced the first time around will now want to own a copy.

For those who don’t feel the need to invest in a second copy, they can still purchase or stream the new songs featured on the deluxe, re-release version, or you can make them available as a standalone EP in addition to a special re-release.

There’s a lot you can do with this type of marketing plan, and it’s fun to think up the most creative way to get people to continue to remain interested in the music you’ve been pushing for some time by giving just a little bit of new.