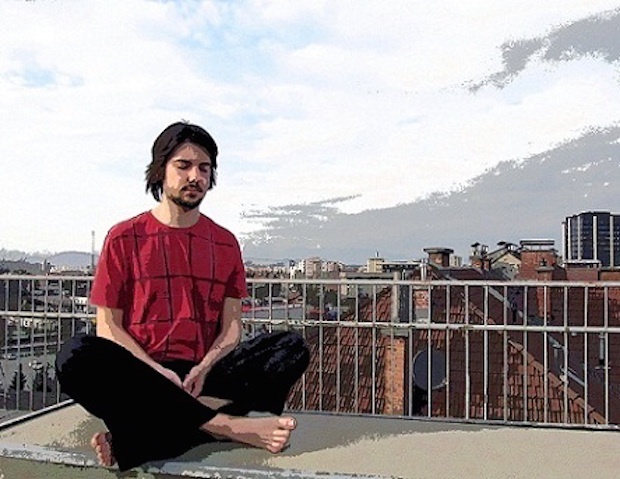 As you may know, there's more to becoming a successful musician than practicing. You can learn all the scales in the book and perfect your technique, but if you don't have certain psychological skills in place, all of that effort will have been wasted.

Oftentimes, musicians completely negate the psychological aspects of their trade. It's tough to measure them because they're not physical. They cannot be seen like the notes on a piano or the waving of a conductor's baton. Despite that, these skills exist and they should be considered. Without further adieu, here are five performance psychology skills that all musicians should practice.

Being a musician is a tiring career. Between the long hours on the road, longer nights on the stage, and the physical toll taken on the body, it's common to feel exhausted at the end of every day. Usually, when it comes to thinking about why we're tired, the physical reasons pop up first. They certainly play a large role, but it's possible to wipe ourselves out through psychological effects, too.

According to a study from the Harvard Business Review, a common solution to exhaustion is time management. That's the method society has chosen, but it's failing us. It's not that time management is causing us stress and fatigue, but, rather, a lack of energy management.

Physics defines energy as the capacity to work. In the human body, energy mostly comes from the mind, emotions, spirit, and the body itself. In each of these sections, energy can be renewed regularly with practice.

For example, when practicing music, make sure to take regular breaks. Divide up your day evenly so you're not doing one activity for too long. Keeping organized can also help reduce stress and therefore save energy. There are various rituals like this you can take part in. Getting involved with mindfulness is a good place to start.

In terms of psychology, resilience is defined as how one can successfully adapt to life's problems despite a disadvantage or poor conditions. For example, let's say someone lost a family member or has relationship issues, health problems, or money concerns. All of these issues lead to stress. How well one handles that stress is what we call resilience.

In order to succeed in life (and music), you must learn to be resilient. It's not a rare skill to have at all; in fact, resilience can be found in everyone and developed even further. It's less of a trait and more of a process.

When you look at professional musicians onstage, they still make mistakes. However, it's the way they bounce back from those mistakes that sets them apart from amateurs. Sometimes, professionals may not be more musically talented than a local bar band, but it's qualities like resilience that set them apart.

There are plenty of ways to build this up. Check out this article by the American Psychological Association for some quick pointers.

As musicians, building confidence is an essential psychological skill to master. More often than not, a confident musician is a successful one, and that becomes quite obvious to everyone that musician meets as well. Confidence can be used as a launching pad for taking big chances with even bigger rewards.

For those who lack confidence, the disadvantages begin to pile up. Making performance mistakes, writing uninspired songs, and avoiding competition for fear of failure are just some negative aspects of poor confidence. To avoid this, you need to start building confidence.

Building confidence is a delicate task that needs to be approached properly. It's not a matter of faking confidence and diving right in. Doing that will only put you out of your element and damage your confidence further. Confidence must be nurtured.

At first, start by setting realistic goals that can easily be accomplished. Learn a few easy songs and play in front of your friends to get used to a crowd. Additionally, learn to develop a positive response to stress. Over time, your confidence will begin to grow and you can start to increase the difficulty of the goals. It's important to keep in mind, though, that confidence is not the same as cockiness. No one likes a show-off.

[6 Ways to Look and Feel Like a More Confident Musician]

You've seen this cliché a million times: the wise, old sensei teaching a promising young lad the importance of mastering focus. It may be an overused aspect of nearly every martial arts movie, but that doesn't mean it's not true. This same wisdom can apply to music.

It's easy to get caught up in the emotion of the music and the energy of the experience, but being able to control that will make you a better player. You don't have to sacrifice that performing energy for focus; both can coexist.

Focus requires quieting the mind. At any given time, there can be several different thoughts going through your head that distract from the moment. These thoughts will take you out of "the zone," and the music will suffer for it. Quiet the mind the best you can, and keep your thoughts solely on the music.

Now, there many ways in which to do this, and different strategies work fo different people. Some musicians suggest focusing on one part of playing the instrument, like how the fingers move. Others think that chewing gum, meditating before a show, or staring at one object while onstage helps them out. It might take some experimentation, but once you find focus, your music will benefit.

You may think that preparing in music simply translates to practicing. While it's true that mastering a song before you go out to play it is an effective method, there are elements of the psyche that need to undergo preparation as well. According to psychologists, mental preparation is one of the key aspects of performing under pressure.

In music and many other instances in life, there are high-pressure situations that place intense demands on us. When we're in the proper state of mind, these demands are easily met. In order to get in this proper state, mental preparation is needed.

One easy way to practice preparation is through visualization. Don't picture the negative outcomes of a given situation but, instead, picture yourself succeeding. Just picturing it won't make it happen, but it'll help ease anxiety and get you in the mood to perform.

Additionally, it helps many musicians to set up routines before performing. They don't even have to be musical routines – just anything that keeps the mind in a certain zone. Maybe it's counting pickles at the bar, going over scales, or running around the venue three times. Whatever routine your mind responds to the best will help you enter a state of preparation.

Of course, these psychological tips should never replace the act of practicing music itself, but paired with them, they can help you become a better musician.

Anthony Cerullo is an avid keyboard player, writer, and world traveler. He has spent the past few years touring the US in bands, and now finds himself exploring the musical spectrum that various countries of the world offer.