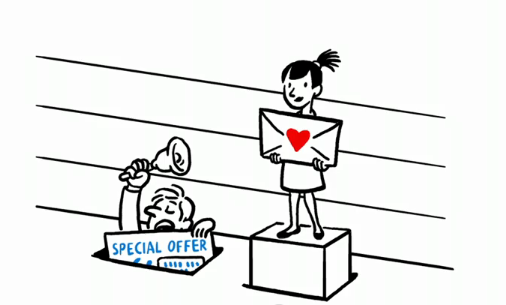 “Email newsletters, an old-school artifact of the web that was supposed to die along with dial-up connections, are not only still around, but very much on the march.”

That quote is from a recent New York Times article, “For Email Newsletters, a Death Greatly Exaggerated.” We thought it was a good time to reiterate why we think email newsletters are still one of the most effective promotional tools for musicians today:

For bands that have been around since MySpace was still a thing, remember all those fans you had? Well, MySpace owned their data, not you. If you didn’t get them signed up to your mailing list, chances are you lost contact with many of them when you had to start over on Facebook.

As for Facebook? Same deal. They own the data, and they can also disappear. Or, as it seems to be happening, it gets too crowded and noisy. Statistics show that only a small percentage of people actually see updates from Facebook Pages, and it’s getting worse.

Social media sites are great tools for interacting with current fans and finding new ones, but with social media, you don’t own that fan list. As Benji Rogers (Founder of PledgeMusic) said in a must-read blog post: “If email is not the biggest part of your social strategy, then you are giving the power of communication with your fans to companies who will gladly take them and whose advertisers will thank you to no end for providing them with eyeballs.”

2. Use the data to book shows

The data you can collect from email newsletters is incredibly useful. You not only see who opens the emails and clicks on links to measure how effective your content is, but you can also see where your fans are from. Using this data, you can tangibly reach out to fans in a certain area if you play a show in their town.

So if you have a list with hundreds of people from the city you’re trying to book a show in, you can use this data to help convince bookers and clubs to book you.

An email list is the ultimate in permission marketing. Once a fan gives you their email address, they’re telling you that they want to hear about your career, your latest album, your next show, your new merchandise, etc.

Note: Don’t EVER add people to your mailing list without their permission. Spamming people can do irreparable harm to your career, as you will likely lose those people as potential fans forever. Also, it’s illegal.

4. It's the most effective way to sell music and merch

When it comes to selling music and merch, email newsletters are still the best way to convert fans to paying customers. In fact, inside and outside of the music industry, mailing lists see some of the highest conversion rates for sales.

This makes sense, given point #3 with permission marketing. If you send fans a message announcing your new album with a clear link to buy, they’re getting it in a controlled environment (their inbox) and they want to hear from you, so chances are much higher that they’ll make a purchase.

5. It's the best way to stay in touch with fans long-term

Social media sites come and go, but people rarely change email addresses. So a mailing list is the best way to stay in touch with your fans over the long-term, regardless of which social media site is popular at the time.

As noted artist manager Emily White has said, an email list “is an artist’s retirement plan.”

Here are some other posts about email newsletters that you might find helpful: