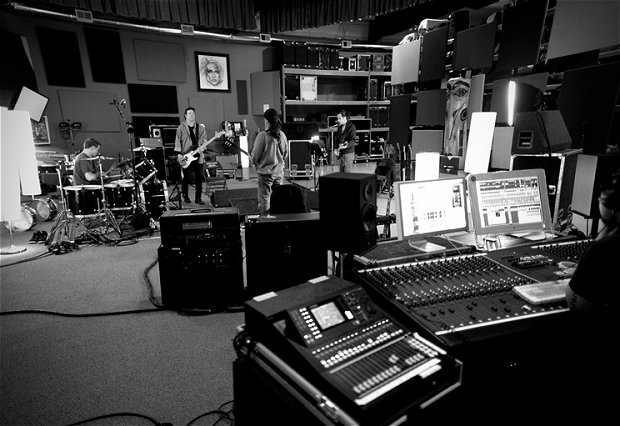 A version of this article originally appeared on the CreativeLive blog.

You finally have the songs, the time, and the money. You've picked the studio and the person who will record it. So what can go wrong? A whole lot. To make sure you only have to deal with the small fires that flare up during every studio session, try to avoid these following recording mistakes at all costs.

1. Not playing the material live first

It's not a great idea to wander into the studio without having played your songs in front of other people. It's not like after your set is done you'll poll the audience, but if you're perceptive at all, you'll know when something is effective and when it's a lead balloon. Going from your practice area to the studio is just going from one bubble to another, and you need to give them space.

2. Not letting the material cool

You also need to let your songs breathe. You don't eat a cookie right off the baking sheet, and you also shouldn't record a song that you wrote the day before or even a couple weeks before. Songs that seem amazing right after creation can wind up pretty irritating given enough time. Demoing songs and listening to them over and over will allow you to figure out if what you have is ready or needs to bake a little longer.

It's hard to top the awkwardness, frustration, and dreariness of being in a studio when one member of the band just can't get something right. It can happen even to the most seasoned musicians, but it definitely happens to those who don't spend their free time beforehand working on their parts and wind up flubbing them for way too long while the rest of their bandmates cringe behind the engineer.

If your guitar solo was perfect on the take where the drummer dropped a stick, then you need to figure out, as a band, which is more important. You write music together and you play shows together, so you should be able to decide what is better for the record. But so often it turns into crab mentality, where each member cares only about how good he or she sounds. And that not only makes the process take longer and increases the chances for a blowup, but focusing on one instrument is rarely what makes a song actually good.

5. Dwelling too much on the final product

Recording is exciting and stressful, and you want the very best music to come out of it. But even if you do everything right, when it's done, you may think to yourself, "This is it?" Post-recording doldrums are very common because the record has sounded one way in your head for so long that you can feel you wasted so much time and energy just to hear it sound another way. That's why the first day you get back to the practice space, you put those songs and the studio and the whole process out of your head and start writing something new.

Learn more about getting the most out of your recording time: