5 Respectful Ways to Let Your Bandmates Know They're Sucking 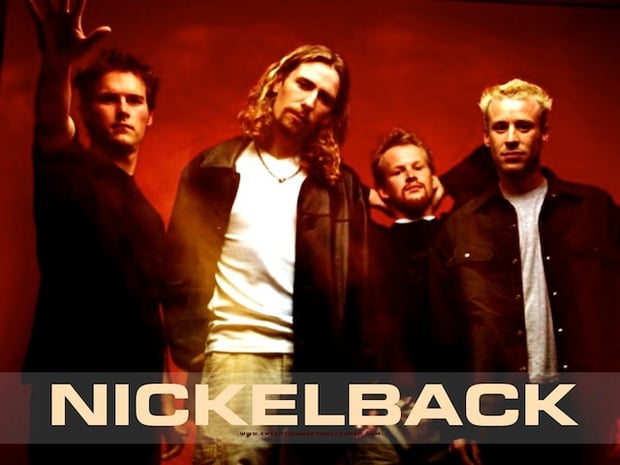 So... who's gonna tell them? (Image via fanpop.com)

We all have had big aspirations of standing on a huge arena stage and playing an incredible concert that completely blows people's minds. However, reality isn't always so epic, and you might find yourself in a band that happens to sound… well… below the "rock god" standard.

Whether it's the skill level of the players, the lack of group cohesiveness, or unfortunate song arrangements, you may very well find yourself in a band that stinks at some point in your career. The easy route, of course, would be to leave the group. But if you see some potential within your group that could be achieved with a little polishing, there are some ways to inspire your bandmates and put some fire under their butts without unnecessarily hurting anyone's feelings.

1. Record rehearsals to let them hear what they sound like

You can fudge and sugarcoat the truth all you want, but the microphone never lies. If you want to gently let the band know they aren't sounding good, there's no better way than to let them hear it for themselves.

Have you ever heard a recording of yourself speaking, and been really surprised at what your voice actually sounds like? The same thing can happen as an instrumentalist. It's really hard to get a clear, unbiased understanding of what we sound like when we are focusing on playing. (That's one reason why taking private lessons is so valuable!) However, hiring a band coach/producer can get very pricey. Why not make a little recording of your next rehearsal or gig, and show it to the band at the next practice?

You don't even need to tell them you are recording. Just take some audio (or better yet, video), and ask them to watch it and make suggestions later. Perhaps even compare it to some live footage of pro bands and talk about what sets their set apart from yours. This can be a big wake-up call to folks who didn't know they were sounding bad, and is sometimes all the motivation they need to step their game up.

2. Make suggestions rather than criticisms

The next easiest way to tell the band that they aren't sounding so hot is to talk to them about it using positives. Instead of saying, "You're playing really sloppy," or, "That part you wrote really doesn't sound good," you could try, "Have you ever considered playing it like this?" Or, "Let's experiment with some other ideas before we settle on one."

This method obviously doesn't fit everybody's personality; it can feel fake or passive aggressive if not said properly. And of course, sometimes you'll be playing with a musician who is particular sensitive (or egocentric) and will take it badly regardless of how you say it. There's only one way to find out, though! Give it a shot at your next rehearsal.

3. Go to really good concerts together

It can be easy to think you sound really good if you've never actually heard a really, really good band live. Sometimes, you just have to help people see how it's really done.

If you know of any really tight local bands, invite your bandmates to come with you to go see them. Sometimes, just hearing how tight a band can really be will be enough of a reality check for your band members to realize that they have work to do. Other times, they might need to be steered in the right direction with phrases like, "Hey, they sound awesome! Why aren't we that tight?" Or, "We could easily be as tight as they are if we practiced this and this." You may even want to get together with your band after the show to watch some footage from your last gig, and let them make some comparisons.

You may find yourself in a situation where other members in the band are on the same page as you; they think that the band is sounding bad, but don't know how to bring it up. If you're ever in a situation where you find yourself alone with one of your band members, ask them about how they think the band is sounding. They'll likely feel more comfortable being honest if they aren't addressing the group as a whole. Try to do this with as much of the band as possible, and it will certainly inspire an open conversation at rehearsal at some point.

However, you may find that some or all of your band members think that the band is sounding just spectacular. If that's the case, try asking them about what they think the band could be doing better. At that point, it's a good idea to try one of the other strategies I've mentioned.

In any serious band that wants to be really good, people should be practicing and learning their parts at home so that rehearsals can be used to tighten up as a group and to work on arrangements. This could be all that you need to really tighten up your group!

The key to playing really well as a group is to really be listening to each other at all times. In fact, I recommend listening to the rest of the band with more focus than you listen to yourself with. If everybody in the group takes this approach, you'll end up with a more cohesive sound than you could believe. However, it's not possible to open up your ears to the rest of the group when you have to devote all of your focus into getting your own part right! That’s why it's so important for everybody to be working on their parts outside of rehearsal, so that when the band gets together, all of the focus can be on tightening up.

This is something that can be approached in a very straightforward way with your group. At your next band rehearsal, bring up individual practice. Ask the other players if they work on their parts at home at all. You may be able to come up with some ground rules to help encourage them; perhaps ask everybody to spend a certain number of hours per week devoted to band material. If the group is feeling iffy about it, ask them just to give it a shot for a few weeks to see if it makes a difference. I can tell you, it almost always will.

Learn more about being the best bandmate you can be: