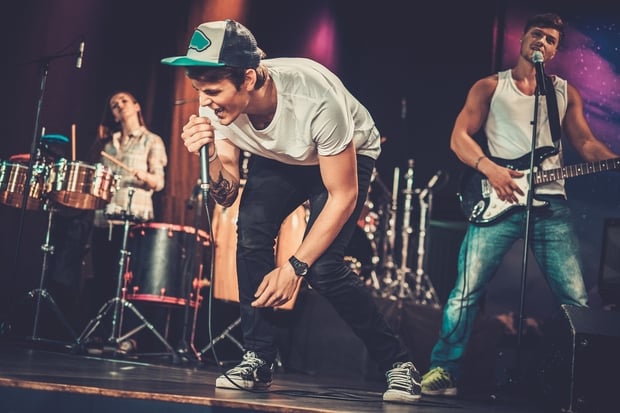 There are plenty of articles with suggestions about how to be more productive, more successful, and with tips on how to become the person you want to be... but what about the things you need to give up? Those artists who have made it have qualities in common, including many things that they have all dropped and learned to live without. Not doing something specific can be just as important as picking a certain action. Here are five things you should abandon in your drive to be a successful musician.

We all do it, so don’t beat yourself up, but do get better about actually getting off your ass, closing Facebook, turning off the TV, and doing whatever needs to be done to get you closer to your goals. Procrastinating can hurt you so much more than you realize, as it saps all of your valuable time, and little by little, you lose out on opportunities. It happens before you even notice, so the first step to stopping is to catch yourself procrastinating, which itself can take a lot of time.

Whenever you open a website, pick up your phone, or change the channel, think for just a millisecond about what you're doing. Is this really the best use of your time, or have you really earned it? Don’t start justifying all of your actions either. Be honest with yourself!

2. Constantly getting wasted or high

Well, okay, you don’t have to give it up exactly, but you really should start thinking about the time these actions require if you’re serious about being a full-time musician. There’s nothing wrong with hanging out and blowing off some steam from time to time, but take a look at how often you either get drunk or high, and then think about what you do when you’re incapacitated.

Being hungover can ruin a day that would otherwise be spent working, and high isn’t the best state in which to book a show or think about business decisions, is it? Sometimes creating music while under the influence can work well, but you shouldn’t rely on it. Don’t make it a habit and you should be fine.

3. Trying to make everything perfect

Many artists get caught up in perfectionism, and because of that, their work is never really done. That might be artistically interesting, but it doesn’t help your productivity. Believe it or not, your fans aren’t really that into the fact that you’ve spent years making sure every tiny detail of your new album is flawless, and many of them may end up forgetting about you.

Now, I’m not saying you should churn out bad, sloppy work. There’s no excuse for doing your job poorly, especially if it’s something you love. It’s really about being able to recognize when you’re going overboard, and when the music you’ve created really is very good (and good enough). Don’t let perfect be the enemy of good.

Those who want to truly make it big might think that the best way to get there is by not quite copying, but sounding just like their favorite superstars. If there is such a demand for Bruce Springsteen, U2, and Katy Perry, there is surely room for someone else just like them at the top, right?

Wrong. Not only will this strategy not make you hit number one, it’s not likely to take you anywhere. Being inspired by someone who has become wildly successful is great, and you should absolutely learn from the artists who've come before you, but they’ve already done it, so you need to go your own route.

On the other side of the coin from the previous tip, this can be just as damaging to a budding career. Some people look up and see the stars at the top and think, “I’ll never get there,” and with that thought, you’re certainly not going to. Don’t start comparing your music to those with million-dollar producers, don’t feel bad that your video doesn't look like something that could win an MTV VMA, and DON’T start believing that it’s impossible.

Sure, the odds are that you’ll never have a number one hit, and becoming an international superstar is...not likely, but that doesn’t mean you shouldn’t continue to do your thing. Everybody starts somewhere, and even if you don’t get to the top of the charts, you can still do what you love. One of the first steps is giving up your crushing doubt.