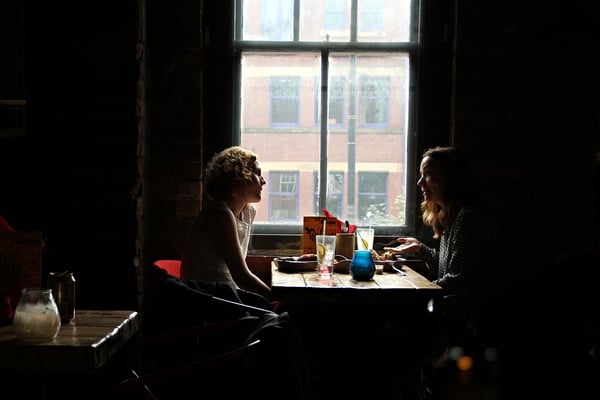 In case you thought you were alone in feeling like your mind goes to mush during interviews – you're not. Even people who consider themselves outgoing can find themselves so anxious they can't think straight when asked questions on the spot, on the record. But talking with the press is an important part of promoting your music, so you absolutely must deal.

To be honest, I personally struggled with this. As a music journalist, I'm used to being on the other side, but since opening a music venue a couple years ago, I've been asked for interviews a handful of times. I thought my years of conversations with bands and artists had prepared me – nope! Again and again, my nerves have hit such brain-draining highs that I can't even bear to check out the story once it was published.

But, like you, I know I've got to get over my jitters somehow. I really do want to be a great interview subject, so I've created a five-step plan (yup, planning is key!) that I think will get me there. Maybe it'll help you too. Good luck!

The last time I was interviewed, it was by phone for a radio show in Germany. A friend recommended me; the interviewer wanted to know about the music scene in San Juan, Puerto Rico, where I live. I didn't think I needed to prepare – after all, I'm very involved in the independent community here. I know what I'm talking about.

Surprise – I was wrong.

If I'd asked the woman who interviewed me about what she was looking for, I would have known she was going to ask me to recommend a song. Instead, I totally floundered when she asked and had to scramble to pick a track from the newest LP of a local band I like.

At first, I was a bit disappointed and confused by my lack of readiness. I mean, hello? I can't name a single song off the top of my head? Of course I can. But I was caught off guard then, and my mind went frustratingly blank.

Whenever you're asked for an interview, take the time to learn about the outlet it's for. Search for stories by that person specifically and read them. Look for interviews, especially Q&As. Try to get a feel for what kinds of questions they ask other bands and artists.

Finally, ask about the angle of the interview to get a better idea of the topics you'll be asked about. Publicists sometimes do this on behalf of clients, though not always. You shouldn't expect the writer to go into full detail about his or her plans for the story, but asking for the gist and the impetus for the interview isn't totally taboo.

[8 Things Musicians Should Never, Ever Say During Interviews]

2. Rehearse the interview in your mind

Now that you know more about what the interview could be like, imagine some potential questions you might be asked. How will you answer? It might seem like overkill, but if you think up – or even write down – responses to those possible questions in advance, you'll feel more confident going in. Even if you're not asked exactly what you prepared for, you'll still have a better grasp on talking about yourself in general.

For the extra nervous interview subjects: Try a mock scenario with a friend. Use the questions and answers you prepared. Again, this is something that can boost your self-assuredness, regardless of whether or not the real interview looks anything like the rehearsal.

3. Pick a chill spot for the interview

When your thoughts are jumbled, a bustling, noisy environment doesn't make it any easier to straighten them out. If the interview is being conducted in person, pick a spot that's generally calm and quiet. Avoid taking interviews in places like cafes at lunchtime or coffee shops during the morning rush. Anywhere with that level of noise and movement is basically a minefield when you're trying to think clearly.

If your interview is by phone or video chat, follow the same rule – take the call someplace where you're not distracted, where you can be fully present.

All the preparation in the world can't save you if you don't allow yourself time to think before you speak. Rushing is a product of nervousness – for me, at least. Remember that's okay to take a moment to gather your thoughts before answering a question. Slow down.

You can even say, “Hmm, let me think for a moment,” and then respond. The interviewer won't mind. A well-considered response tends to make for better quotes than rushed answers, and ultimately, good quotes are what they're looking for.

First of all, it's unlikely that you'll misspeak to a degree that's impossible to recover from. Go ahead and erase that possibility from your anxiety fueled thoughts. If you trip up on your words a bit, it's okay. When you feel you've said something that isn't clear – even if you realize it much later in the interview – you can ask to readdress it so you can better explain yourself.

Even if you don't get that chance, it's still alright. A bad interview isn't the end of the world, no matter the prowess of the publication. There will be more opportunities; you'll get better at being interviewed over time.

Also, don't forget that the interviewer wants the conversation to go smoothly, same as you. Jumbled responses don't do much to help them in writing a story, you know? Keeping that in mind will help relieve some of the pressure. In reality, you're the one in control of the stress that you're feeling – give yourself a break!

For more help keeping cool during an interview, check out journalist Jamie Ludwig's guide for first-timers.