5 Times You Should Use Facebook Live to Engage Your Fans 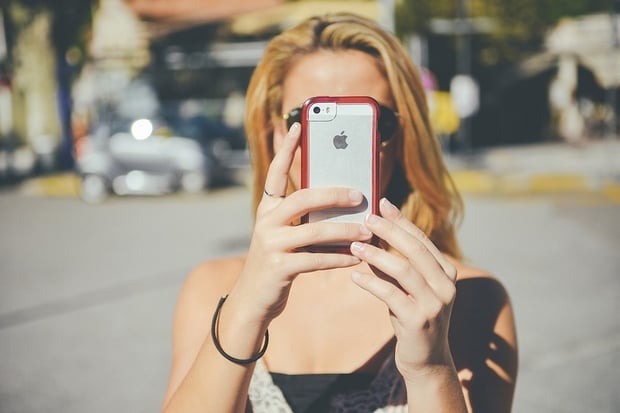 Social media is a powerful tool for musicians. Sure, it's easy to log onto Facebook and post a picture of your upcoming tour, share a link to your latest music video, or send out mass event invites to all your friends. But, believe it or not, there are several more effective ways to engage your fans on Facebook.

Facebook Live is an interactive tool that allows you to post a live video that your followers can view in real time. The live stream is an incredible tool for engaging your followers and connecting them to your music. However, few musicians go the extra mile and use Facebook Live to their advantage. If you don’t know where to start, we've got you covered. Below are five perfect times to pull out your phone and record a quick live update.

1. Just before you jump onstage

Some of the most intimate experiences happen before you even set foot onstage. There are several ways to connect with your fans at shows using Facebook Live – record a video of you asking people to come out to the event, you interacting with the crowd in line, or asking for song requests for the night. This is so much more engaging than creating a text post as a Facebook status.

[6 Stage Hacks to Engage a Crowd]

2. In the studio or behind the scenes

You can give fans an inside look into the band’s day-to-day shenanigans by posting clips of simple, behind-the-scenes tasks. If you’re working on writing a new song, post a live video of you talking about your thought process! Things like working on your new album, hanging out at the merch tent, or going through soundcheck will make your fans feel more connected to you and your work.

3. When your friends announce a new project

As an up-and-coming band, networking with other artists is important. This doesn't mean just sharing music, but sharing work of photographers, sound engineers, and graphic designers. Maybe the band you opened for last month released a new single, a local artist created a logo for your friend’s band, or your favorite venue is hosting a cool show. Take a minute or two to sit down and talk about it for a while. Build and foster your relationships early, and you never know what opportunities they could lead to.

4. When you're announcing a new project

The same goes with your own music. If you just released a new song or music video, make a minute-long live stream urging fans to go check it out and give some background information on the project. This will allow you reach your loyal fans while bringing in new fans that might like your music. Seeing you in real time will push people to listen to your work because they find your approach more personable and tangible.

5. Hanging out with the band

You know those times just after a show, when you’re eating take-out on the couch, or hosting an arm wrestling championship with your bandmates? Those are the perfect opportunities to document your downtime adventures. Sometimes fans forget that musicians are real people, too. Documenting your day-to-day experiences for your fans will show them that you are, in fact, just like them.