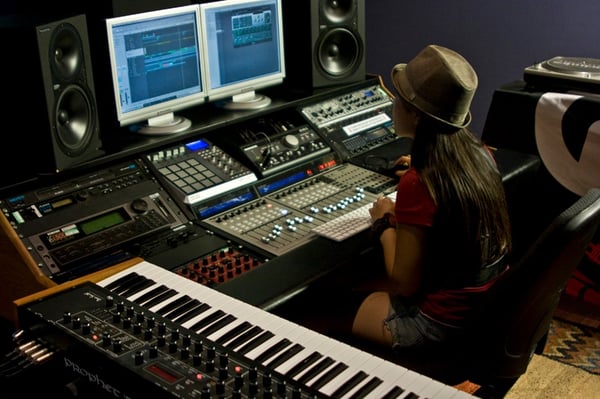 A succinct explanation of how the music was made can sometimes help describe a sound. (Image via educationcareerarticles.com)

To the readers who complained that my recently published "5 Worst Ways to Describe Your Band if You're Trying to Get Press" piece lacked suggestions for successfully relating your sound to music writers: here's your answer!

While these tips are meant to help guide you in successfully illustrating your style, I'd like to point out that literally hearing the music is the only surefire way for someone to really get your sound. Explaining it with words is meant to lure the intended party into doing just that.

I pointed out that certain tags, like fusion, indie, or alternative, are too broad to use alone – but you can use them in conjunction with other terms. Think of those three specifically as starting points to which qualifiers should be added. For example, alternative refers to a subversion from the traditional, so if your brand of country, rock, pop, R&B, or what have you does not conform to the mainstream, adding that tag might work for you.

So few bands and artists stick to the essential elements of a single genre these days that, if they do, emphasizing their adherence to its classic qualities is pretty necessary. The takeaway here: be specific. You can't just name one category, whether it's electronic or hip-hop or something else, and be sure that a writer will fully understand what you mean. Think of those designations as starting points for further elaboration rather than terms that can stand alone.

Ask yourself what emotions are sparked by your sound. Is the music soothing? Does it reignite anger? Does it make you feel wistful? Nostalgic for youth? This can be subjective, of course, so after thinking about it on your own, consider polling friends or family for a more thorough understanding.

Example: Motormouth Media recently described Mind Over Mirrors' new album The Voice Calling as having a "prayerful patience, its simultaneously formal and folk aspects, and its unabashed (if intermittently anxious) beauty."

3. Describe how the music was made

Naming equipment and detailing how it was used helps relate the sound quite specifically, no? This method won't work for everyone, but it can work well for bands or artists who take a complex approach, like the aforementioned. It might also help a sound that's especially simple, like acoustic guitar and piano. Like with every attempt at describing, however, adding further details is necessary (e.g., "bare, slow-paced acoustic guitar work juxtaposed with deep, dramatic piano crescendos").

4. Name artists as inspirations (without comparing yourself to them)

I mentioned before that describing your sound as a blend of famous bands makes it seem like you believe you're on their level – and in most cases, you aren't. You can still name your inspirations, though. Just be sure you're positioning them as influences, not comrades. Additionally, what inspires your sound does not necessarily have to be musical. Personally, my interest is always piqued when a band or artist culls influence from art, film, or other creative works.

Another way to fine-tune the description of your sound is to group yourself with acts you think your listeners also like. It's easy to let your aspirations run amok, though, so be sure to ask friends or family if they agree with your choices. Does your sound really belong in the group you've selected? Oftentimes, PR groups will list several as RIYL (recommended if you like), and the same might work for you. Just try your best to be honest, not hopeful.