5 Tips for Learning Any New Instrument 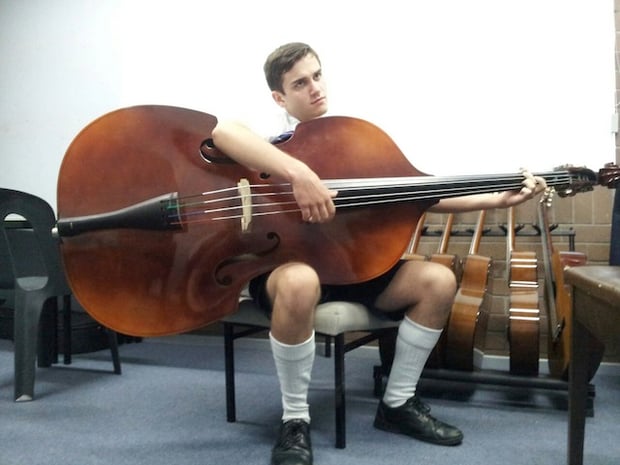 Learning a new instrument can be a really, really great thing for anybody who's been playing for a while. It will allow you to step back from your primary instrument and come back to it refreshed and with new perspective, and it'll often inspire new compositional ideas that you wouldn't have had on your main instrument. If you get good at a second instrument, you might even be able to use it to get more gigs!

Though learning a new instrument can be a lot easier once you already have a musical background, becoming a multi-instrumentalist can present its own set of challenges. Here are some things I've done that have helped me develop my skills on a few different instruments.

1. Start slow, and be patient

Once we know the feeling of proficiency on one instrument, it's difficult to recall what it was like to be a beginner. Oftentimes, when you pick up a new instrument that you aren't proficient on, it can be frustrating to be unable to execute the ideas you hear in your head that you could easily execute on your primary instrument.

In this scenario, the instinctual response is to try and force the ideas out and push to play beyond your limits on the new instrument. This is a very dangerous approach; at best, you'll develop a lot of bad habits, and at worst, you could develop performance injuries that might restrict your ability to develop on your new instrument, and possibly even damage your abilities on your primary instrument.

Take it slow. You're a beginner again; relish it! Play your scales at painfully slow tempos and shed on "Mary Had a Little Lamb" until your ears bleed. It'll be worth it.

2. Use your existing technical knowledge

If you're playing an instrument that's in the same family or similar to your primary instrument in any way, there will likely be some crossover as far as technique goes. You can use this technical background to help you develop faster on your new instrument.

Obviously, if you're a clarinet player who's trying to learn the drums or a bassist who's trying to learn the bagpipes, you're out of luck here. Picking a new instrument to double on that has similarities to your primary instrument is going to lead to the fastest learning and even potential gig opportunities. For example, many violin players double on mandolin and/or viola, sax players often double on flute, drummers learn hand percussion, guitarists learn banjo or lap steel… the list goes on. It's the technical stuff that you'll have to build up on your new instrument, so you'll already have a leg up by leveraging some of the skills you already have.

3. Study up on music theory

Anything and everything you know about music theory can and should be applied to any instruments you choose to pick up. Your knowledge of theory will likely allow you to pick up many concepts on your instrument that might take the average beginner years to understand or master.

You'll also find that going through this process will actually strengthen your grasp of theory as well. Since you have no (or limited) technical background on the instrument, you're relying on the theoretical knowledge you've developed. This will show you quickly where your knowledge is weak and will help you to strengthen said knowledge.

Playing with other people is one of the fastest ways to get better at your instrument. You probably realized this as soon as you started playing in your first bands. Once you've had a little time to develop your secondary instrument, the first thing you should do is try to get involved with a group.

It can be a little nerve-wracking to try to join up with a band when you aren't fully developed on your new instrument, but if you find a supportive group of players, it's a lot of fun. You might even be able to rope some of your friends into it! Try to organize a weekly jam where nobody is allowed to play their primary instrument! I've done this in the past, and it's a total blast, and it helps everybody improve on whatever secondary instruments they are working on.

Alternatively, try looking at some of the local music schools in your area. Oftentimes, in addition to lessons, they'll offer "band"-type performance programs that you can get involved in. These aren't free, of course, but they'll offer you a safe and supportive environment in which you can grow and play with other musicians.

[6 Things I Wish I Knew Before Joining a Second Band]

This is a bit of a given, but it's still an important reminder. Getting lessons with a good teacher will allow you to learn any instrument faster and more efficiently. Having somebody to guide you and show you how to avoid bad habits early on will save you a lot of backpedaling and relearning down the road. If you have a friend who plays the instrument you’re trying to learn, you can always ask to trade lessons with him or her; your friend will give you a lesson on your new instrument in exchange for you giving him or her a lesson on your primary instrument. There are ways to make it work – and it is so, so worth it.