5 Tips to Increase Your Chances of Getting Press 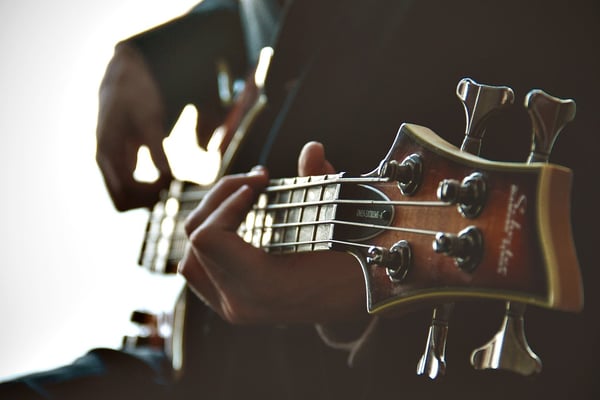 Most music writers will agree: we get way too many press emails to actually read every single one. In fact, some are never opened. What can you do to make sure yours is seen? How can your band stand out in so thick a swarm?

Honestly, there are tons upon overwhelming tons of unread emails from publicists in my inbox. My freelancing schedule falls somewhere between part- and full-time, and I always say I'll make time to read every one – but there are days when the best I can do is skim the subject lines. It's unfortunate; a lot of music I'd probably love is overlooked entirely or discovered too late to for a story to make sense.

There are a few ways to significantly boost your chances of catching the eye of the writers you reach out to, though. Content isn't mapped out the same at every publication, but most editors are already looking a few months out on their schedules, probably even further. That means writers are pitching stories correspondingly – so if what you're trying to promote is happening in a week or two, you may have already missed your window of opportunity.

Ideally, you should begin your campaign three months ahead of when you're hoping for press. That said, how can you increase the likelihood that your perfectly timed email will be read and actually considered?

We can't stress enough how important it is to know who you're emailing rather than just blasting a ton of writers at random. Consider what outlets they write for and the kinds of music they typically cover – is your band a good fit? If the answer is no, your press request is probably a waste of your time (and the writer's). It's far more efficient to send out just a few emails to carefully picked writers than to lump together a list of 30 who you aren't at all sure will be interested.

2. Use the subject line to your best advantage

A successful subject line is about more than just getting the writer's attention – so, you know, don't resort to the very unprofessional and jarring EVERYTHING-IN-ALL-CAPS-with-a ton-of-exclamation-marks method. Even if you know the writer, the subject line is your first impression in your press-seeking efforts. And if we're all as avalanched by press emails as I think we are, it may be your last one, too. Make the most of it by featuring what's newsworthy first and foremost.

A few real-life examples pulled from my real-life inundated inbox:

Two crucial takeaways: All of them all include a date, which is helpful for writers when considering whether or not they'll pitch a story, and the most important info is placed earliest – so it'll be seen even if the subject line is too lengthy to be fully visible in the general inbox view.

You press release (what goes in the body of your email) should open with the newsworthy bit before your band bio. At the end, you should include links to social media and contact info. Variations of that blueprint can work, but if you're worried you might overlook an important element or you're new to DIY press-seeking, consider following this standard template.

[How to Get Your Music Featured on Blogs: Crafting Your Email Pitch (2 Examples Included!)]

It'd be a shame to a lose a writer's attention not because he or she wasn't into your music, but because of your behavior. A degree of professionalism is paramount – as is being nice and polite in general. If you're unsure if your etiquette is up to par, follow these guidelines.

5. Develop a rapport with writers

Once you've gotten press, the best way to ensure your emails will continue to be seen is to cultivate a professional relationship with writers. Keep them updated about your band by writing emails specifically to them with the outlets they write for in mind. Do this with every writer who takes a liking to your band and you'll eventually amass a solid, totally individualized roster of folks to hit up anytime you're looking for press.