5 Ways to Be More Eco-Friendly While on Tour (And Save Some Money, Too!) 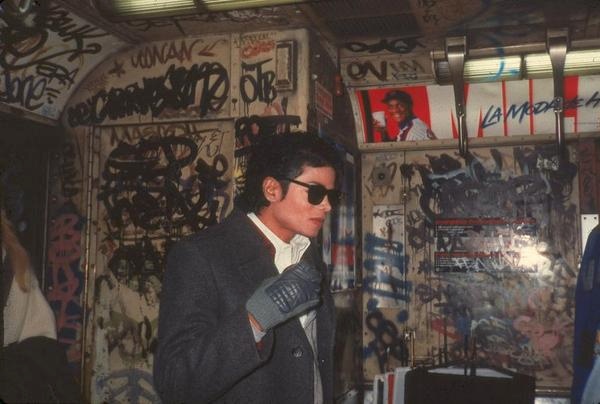 Take the subway to gigs, just like MJ. (Image via ideclareacolorwar.com)

These days, being environmentally friendly is important to many of us, and if it's not yet, it'll hit the rest of the population at some point in the near future. The idea of staying green in all aspects of life is something that everybody should keep close to their hearts, including musicians. If you're headed out on tour and you want to try and stay as environmentally friendly as possible while you're trekking across the country, here are a few tips you might want to keep in mind.

1. Bring reusable items with you

This is probably the easiest of the options on the list, and at this point, it should almost be a given... at least for those of us who try to think of Mother Nature often. There are certain things you can do that will keep your wallet full and that are also green, such as refilling one water bottle instead of buying new ones every time, or using washable plates and utensils (which will also allow you to purchase food on the road instead of always ordering prepared meals, be they fast or other) every day.

Nothing here is terribly difficult – they are inexpensive and eco-friendly, so they're all pretty much win-wins.

2. Stay in homes instead of hotels

This is also a pretty simple one for most touring musicians to follow, as it's also a money saver. Though there are a few cheap ways to make hotel bookings work for you, they are, for the most part, the most expensive option for lodging when traveling. It might sound nice, but your very own room may have to be considered a luxury if you're on a budget. Plus, hotels are not known for being conservation-friendly, as they take up space which is often wasted (how many rooms per night go unfilled?), and they typically aren't really worried about the environment.

No worries! Staying inexpensively can also be green. Options like Airbnb, hostels, or crashing with friends or fans (even if it's just on a couch or a floor) are all better for the planet.

[Touring on a Budget: 6 Places You Can Sleep for Cheap (or Free!) on the Road]

This may or may not be your call based on a number of factors – you may be taking any show you can get, or you may have a third party booking your shows – but if you can, take a few minutes and look into this. Is there one venue that's noted for its recycling policies in one city that you're going to, and if so, is it one you might be able to play? This suggestion is one that's not very scientific, but at this point, every little bit helps, right? If you're using a booking agency for your tour, feel free to tell them that you're interested in places that are big into recycling or using recycled materials or green electronics, and if they don't know any offhand, it can be your duty to suggest some from your own research.

4. Encourage fans to use public transportation

Again, this option isn't for every fan and every show, but that doesn't mean it isn't important. In fact, this can honestly be one of the least difficult things you can do to have even the slightest positive impact on the environment if you're touring.

If you're playing a show in a metropolitan area, there are surely public transit options that are available for your friends and fans to get to the venue. Don't assume that they're aware of them (especially outside of major cities like New York), and share the details where you can! When you post information about the show on social media, include what bus or subway stop the venue is nearest, and include more detailed directions in newsletters, Facebook posts, and the like. This can make things much easier for some fans who don't know the landscape well, and it never hurts!

5. Buy an eco-friendly car or van

I purposely put this last because it's one of the most difficult suggestions on this list, and I realize that. Most musicians who are buying a vehicle to tour with are strapped for cash, and they're simply trying to buy something that will get them where they are trying to go and that won't break down... at least not on the first venture. I get that, but it doesn't mean I shouldn't mention this! Greener vehicles became the rage several years ago, so that means that now might be a good time to get a deal on a years-old Prius. If it doesn't work out, don't worry too much about it, but it never hurts to look at vehicles that have better gas mileage or even that might be part electric. You never know what you'll find until you look!