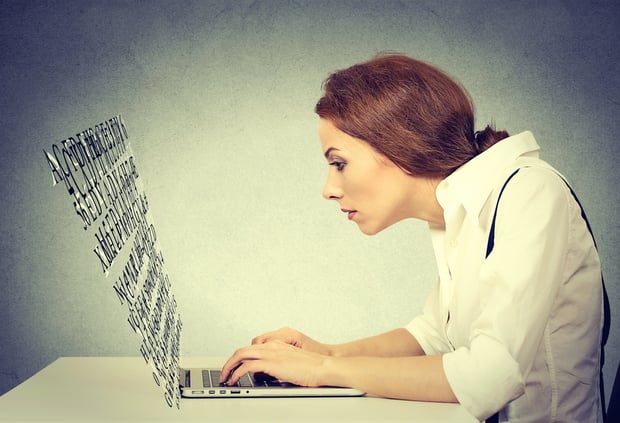 Email has become something of a losing game for everyone involved these days. We all receive too many of them, and most of us send too many as well. It’s impossible to get to them all, no matter how much we’d all like to.

This statement is especially true for writers in almost any field, as we are inundated with messages day in and day out. Unfortunately, because of the pressures put on PR people, managers, record labels, and the like, most emails sent these days in the hopes of getting writers to notice a new talent go unanswered and ignored, as they aren’t the type that demand attention, or perhaps they aren’t appropriate.

You might be reading this looking for a surefire way to make everyone open and reply to your emails, but it just doesn’t exist. Sorry! However, I can tell you that there are certain words and phrases that will probably help in the quest to get your emails read. So as you’re writing pitches and crafting headlines, keep these suggestions in mind.

This is first and foremost because it’s the thing many of us actually see the least. One of the first things that many writers ask for is personalized and thought-out pitches, and yet the vast majority of emails aren’t relevant, and few actually say my name or show any sign that the person on the other side of the computer actually knows who I am.

Adding people's actual names is a sign that you put in some amount of personal effort. Now, there are programs that allow people to enter the names of writers by the thousands (or millions – we’ve all gotten the newsletters from massive corporations, and there's no way they are personally addressing all of these), but when the emails come in daily by the hundreds, every little bit counts.

Most writers only have time to glance at the headline of an email, and quite often, it isn’t compelling enough to warrant opening. I don’t always get around to them, but I find myself drawn to emails with the word “invite” or “invitation” in the subject line, because it shows that this message isn’t just someone sending me something else to listen to, but inviting me to a party, concert, or event that I may want to attend. It’s hard to get music writers out to your show, as there are so many events happening every day, but nobody minds the invitation.

Many artists claim their music has no genre, and that it simply cannot be compared to anything. You may think that helps you sound original, but not only is it likely not true, it’s not very helpful.

Making sure a genre that at least somewhat represents your art is imperative in not wasting people’s time. Many publicists (you might not want to hear this, but it’s the truth) will send everything they are working on to every writer out there. It’s not how it should be, but it’s how the industry works these days. Writers get annoyed at this, especially when they only cover one specific style of music, but they still get bombarded with everything under the sun.

Including what kind of music you play, be it rock, metal, dance pop, or anything else, helps writers make split-second decisions on whether or not to open your email. That might sound detrimental to your cause, but believe me, if you're a jazz singer and you send your music to a metal writer but you don’t mention it in the email, that’s not going to get you where you’re trying to go. And that person might remember that you were the one who didn’t bother to send over something he or she could actually use.

Many artists and publicists send out music all the time, and it isn’t always attached to a release or something special. By including a date in the subject line or immediately at the top of the message, it gives the recipient the idea that whatever is included in the email is at least somewhat time-sensitive.

I've opened many emails a few days after getting them only to realize that whatever was happening has already passed. Adding in a date doesn’t necessarily mean your email will be opened or your music will get the coverage you're seeking, but it gives the person with hundreds of emails a sign that perhaps this needs to be opened right away.

Other than our own, of course. (That was a joke.)

If you’re a brand new artist, this is tough, but there's usually a way to incorporate some well-known figure into your email. Perhaps you hired the same mastering engineer as an indie darling, or you’ve opened on tour for a legendary folk artist. Maybe you think you sound like a certain pop star, or your video has reminded some writers of a famous rapper.

It doesn't really matter what the actual association is – just do your best to make sure that when writers see a celebrity's name, they aren’t entirely disappointed to find out how you two are “connected.” If you do sound or look somewhat similar, it might help in an eventual write-up. If it’s completely false and you just wanted to catch someone’s attention, your email goes in the trash.

Next up: 9 Things All Music Journalists Hate to See In Pitch Emails More Than Anything