6 Qualities That All Successful Musicians Have 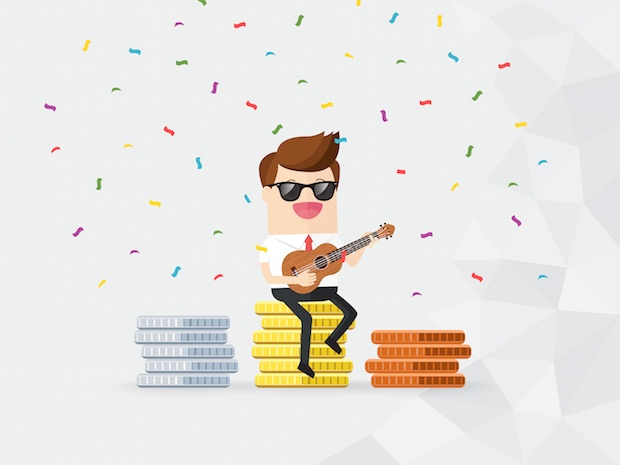 The music industry has always been competitive and cutthroat at heart, and these days, income is becoming harder and harder to find. Making a little money playing music on the side isn’t so hard, but in order to turn a passion into a career, you have to want it more than anything else. Though there is a ton of luck involved, many factors can be influenced to put you in a position to launch a musical career. However, it’s important not to have unrealistic standards about how things will be once you're able to quit your “day job.” Here are six qualities that successful musicians possess.

1. They have no other choice

Some professional musicians got where they are today due to the fact that they struggled to get other work, or just weren’t capable of doing anything else. When you have no Plan B to fall back on, Plan A will have to be what works out for you. In an interview I did with violinist Jenny Scheinman earlier this year, she described moving out of the house at age 16 and busking around Santa Cruz to make ends meet. Though this alone will not guarantee you a successful music career, it sure is a good motivator to get started.

The bottom line: Successful musicians are confident and adventurous enough to dive into their music careers headfirst.


2. They're willing to work hard and educate themselves

A professional musician must fill many hats these days. Often within a band, members will split the roles of manager, promoter and booking agent between the group. There are also many solo artists who take on all of these roles or more by themselves. Thus, it’s important to be able to educate yourself on the many different aspects of professional music-making, and to enjoy this process.

Of course, filling these roles results in a lot of work. John Roderick, who acts as the frontman, songwriter and manager for his band The Long Winters, once told me about the 18-20 hour days he would put in while in the process of releasing and promoting a new record. Of course, the payoff is that there is one less person to pay, and he is thus able to make a sustainable income.

The bottom line: If you think that going into music will be an escape from doing “real” work, think again.

Depending on the path you take in the wide world of music, it’s possible that you may never have a stable income. Even if it is stable, it might take years or even decades before it's large enough for you to have certain luxuries. This doesn’t have to be a source of fear or anxiety as long as you know how to live within your means. Try to create some kind of stable cash flow in order to cover certain expenses such as gas, food or utilities. Teaching lessons or workshops is a great way to do this, if you feel comfortable educating others. That way, you can take a few things off your mind while doing your budgeting and focus more on making rent. In the end, it comes down to the question of living an easy life versus a fulfilling life.

The bottom line: It's okay to dream big, but if the only reason you want to be a musician is because you think it'll get you a large house with a yacht, you'll quickly get weeded out of this business.


4. They have a patient, persistent attitude

This might be the most important out of the entire list. A career does not appear overnight, and especially not one in the arts. Even artists such as Lorde, who seemed to appear in an instant and blow up the charts out of nowhere, had been planning and preparing for that time for years.

Of course, very few people have the good fortune to be signed and developed by Universal at the age of 13. Whatever your musical craft may be, as long as you are making steps to improve every day, you will eventually be one of the best out there. However, it could take years before you're capable of competing against other professional musicians. If you seek out new opportunities persistently, it’s completely possible to find the gig or job that sets you up into a more stable position, especially once more and more of your competition gives up and looks for other work.

The bottom line: Instead of becoming preoccupied with trying to get a "big break," the most successful musicians nowadays focus on growing their careers gradually.


5. They're willing to (and enjoy) working on their craft every day

No matter which aspect of music or the arts you're passionate about, it’s essential to practice your craft every day. By doing this, you will continue to improve while others stagnate, eventually being better than most others at what you do. In a first-year entrance speech that Derek Sivers (founder of CD Baby) gave to Berklee College of Music’s class of 2010, he recalled the old martial arts saying, "When you are not practicing, someone else is. When you meet them, they will win." In order to not only compete, but succeed in this hyper-competitive musical world, it’s absolutely vital to be on top of your game at all times, and be consistently raising the bar for yourself. And in order to make the most out of it, you have learn to really enjoy the process of improving and practicing as well.

The bottom line: If you don’t want to put in time to practice, you might be better suited as a hobbyist.


6. They're creative at generating income

One of the best things you can do when trying to stay afloat with your music is to find multiple streams of income. A great way to do this is by licensing out your music to be used in television shows, ads and movies. Even beyond that, taking on the management of a more established artist in your area or teaching private lessons/workshops can provide a “day job” alternative that will still grow you as an artist and a person, while also providing you with some really great networking opportunities.

Depending on your location or time of year, it may be very difficult to keep multiple income streams flowing your way. That’s where the creativity comes in. If there aren’t any opportunities to showcase your talent, you have to create the opportunities yourself. Activities such as busking, if done consistently and in a good location, can generate a good amount of money over time. Another alternative would be to try and find a restaurant that you think would sound great with live music, and go to them with the offer to perform weekly, bi-weekly or even monthly. It all adds up in the end, and sooner or later, a little bit of cash here and there can evolve into something spontaneous and beautiful.

The bottom line: Successful musicians don't wait for opportunities to come to them – they seek them out or create them themselves.