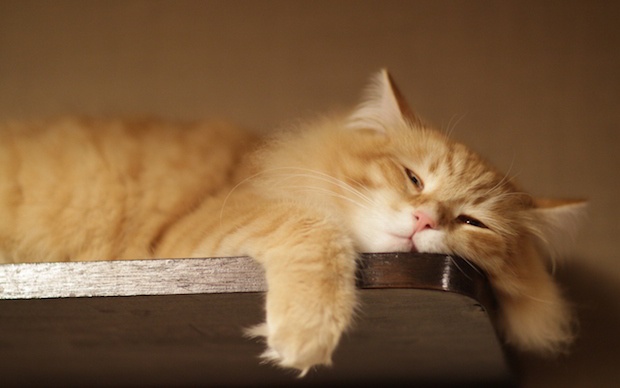 Nobody said being an independent band would be easy. And if someone did, they totally lied to you. The DIY route is as arduous as its name implies. All of your endeavors are your own responsibility, and while some things are subject to chance and luck, your success is also primarily of your own making. Naturally, all that weight can sometimes bog you down enough to that you feel absolutely unmotivated about moving forward.

There are ways to combat that tendency, though. We've compiled a list of red flags to look out for – behaviors and habits that make the burden of DIY band life feel impossibly heavy. Avoid them if you can, and if you're already experiencing them, address the issues promptly. Motivation is everything in independent music-making, so keeping your band's and your own drive running smoothly is crucial.

1. Dwelling on the negatives

Did you recently have a terrible show? Are you running low on money? Did your drummer just quit two weeks before a tour you've already been promoting? Those are all serious bummers, but not uncommon ones. Whenever you hit a hurdle, remind yourself that it's happened to a ton of other people – and loads of those people found a way to get through it.

The worst thing you can do when something goes wrong is to dwell on it so intensely that you forgo finding a remedy. Working toward a solution – practicing harder for a better set next go 'round, organizing a big merch sale to raise funds, or replacing that drummer – is the only way to avoid the narrow, stifling path of negativity and move into a more positive and productive place.

If you're just practicing twice a week and playing a show once a month, you might find yourself feeling aimless relatively quickly. Failing to set goals for your band is a potential route to losing motivation. Without milestones to reach for, what's the point? Some might argue that simply playing for the sake of it is enough, but it's easy to feel stagnant after a while if you can't count any achievements.

[Get back on track with your goals!]

Goals are definitely important, but it's paramount that the markers you've set for yourself are realistic. If your goal is incredibly lofty – like to play an arena or win a Grammy within a few years of forming – you're being, well, kind of ridiculous. Try instead to set achievable goals, like to perform before a crowd of 100 or release a debut EP in your first year. Then set up mini-goals that'll help you get there – grow your fanbase on Facebook, work the local venue circuit, write plenty of material, find someone you trust within your budget to record your band, and so forth.

4. Not being adaptable to conditions or each other

The tour-specific part of this motivation killer: relentless, pronounced complaining from a single person or small group within a larger group that's experiencing the same unfavorable conditions. Listen, everybody's a little miserable. Everybody misses their significant other. Everyone's tired of being on the road. Everybody also ran out of underwear and feels gross about wearing a dirty pair (it happens). Your whining is not helping anything. It's a constant reminder of how everybody's uncomfortable – and it makes everybody, yourself included, feel worse.

The more general part of this one is about being disagreeable or, rather, not consciously trying compromise when it's necessary. Being in a band definitely requires some teamwork, and if you can't budge for others, you might end up the culprit in causing your band's demise.

5. Comparing yourself to other bands or expecting perfection

Your situation is unlike any other band's, so it's unfair to compare yourself to another band's situation. Just because they started after you and have hit some highs you haven't doesn't mean you're doing something wrong. It's just that they're doing something right – for them, and for them alone. We're all unique like snowflakes, right? That sounds silly, but it's really true that we all have qualities that set us apart from other people. That said, nobody's path, whether successful or unsuccessful, can be compared to someone else's.

Secondly, you are going to make mistakes. Again: you will make mistakes. Accept them, learn from them, and try again with renewed courage and ambition – or risk a dive in self-confidence or unecessary, parasitic self-loathing that can lead to the demise of all creativity.

[Instead of comparing yourself, boost your own music-making confidence!]