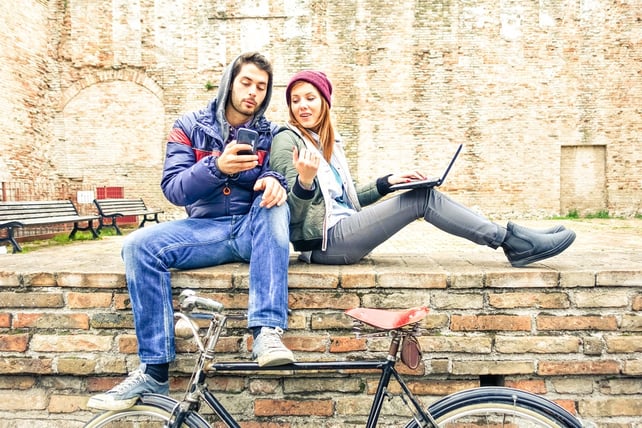 You’ve got a new album on the way and an Instagram profile with a few followers. It’s pretty easy to let your ever-expanding fanbase know that it’s coming via sites like Facebook and Twitter by literally just typing out whatever you want to say, but what about Instagram?

The social media platform has become one of the most important in the world with hundreds of millions of users checking it constantly. But the whole thing is photo-focused, so what can you upload to ensure you're continuously promoting your new album in interesting, fun, on-brand ways while still getting every necessary detail across?

Here are six really easy, no-brainer options that will allow you to keep the buzz going about your latest release that work wonders on Instagram.

You’ve likely been teasing that an album is coming for some time now, but after you reveal its name is when things really start getting exciting, so make sure you're careful with your timing. It’s not a good idea to tell everyone the name of the record and tell them it’s on the way and then make them wait months (or even years, which I have seen happen before).

How you actually publish the name is up to you. You can do it by simply showing the cover (see the next item on this list), along with the date (again, look below), or make it its own post if you’re hurting for content.

Be clever with how you share the name, whether via photo or video, but also keep in mind that this is really exciting for your entire fanbase, so don’t skimp on effort when it comes to this moment!

Along with the name and the release date, the first sight of a new album cover is one of the most exciting moments of an album rollout. You spent a lot of time choosing colors, fonts, and a design or a photo, so upload and blast out the image of your new album with care.

Some artists may want to write a well-thought-out paragraph beneath the picture, while others will opt to let it speak for itself. It all depends on what your brand dictates and what your aesthetic is.

Many artists choose to reveal when their new release will be available via online streaming services and digital storefronts when they drop a new song, share the name, or perhaps upload the cover, but again, if you’re smart and you're looking for more photos to fill up your Instagram profile, you can certainly find a way to make this work.

Try creating an image with just the date in the font and colors you're using for this campaign. It’s easy, and it’ll get your fanbase excited once more for what’s coming next. This could even be the first teaser that the album is coming; the order is entirely up to you.

While the cover image, date, and name are wonderful, it’s really all about the music, isn’t it? I wouldn't suggest giving away your entire record for free, but why not let those already following you get a sneak peak?

Pull out your phone and film yourself dancing, playing along, singing, or even just listening to a song featured on your new album that nobody has heard yet. Instagram videos need to be short, and you can keep what you give away to a minimum. Even just a few seconds may convince someone that the full album actually is worth it, and with a teaser or two, you may wind up making a sale.

Once the album is actually out, if your PR campaign is going well, you might see some reviews come your way. Writers love when you share what they have written, and it helps them out when it comes to page views (which is how many blogs and outlets stay in business), so you should already know to be sharing any article that mentions you across all social platforms.

If the review is positive (of course it will be!), take a screenshot and post it on Instagram, making sure not to forget a link below or in your bio. Tag the writer and the publication so they can see you did your part, and everybody wins! Your fans will be impressed with the write up, and the endorsement won’t go unnoticed.

Feel free to ask fans to contribute pictures and videos that show what they think of the album they just streamed, or hopefully, purchased. If any of them have selfies with the record, or perhaps fun, short videos clips of them listening, dancing, or singing along, those are perfect to post! Not only does it give the impression that the album is moving well (even if it isn’t), it proves that you're great with your fans and that you want to showcase them as much as your own art.

Next up: The Essential Guide to Instagram for Bands