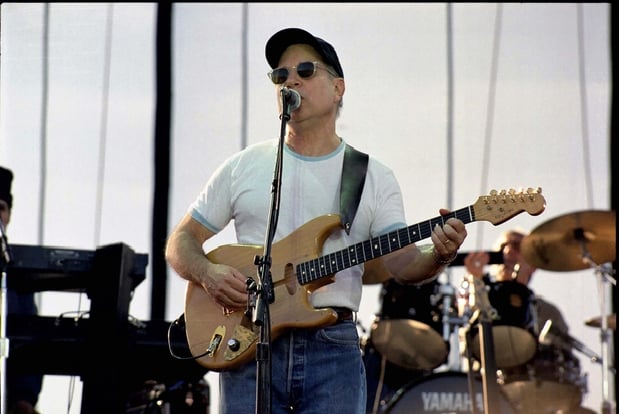 Photo by Dana Nalbandian via Shutterstock

Whenever someone uses the word “should” when talking about songwriting, ignore them. There are no "shoulds" or "should nots."

Songwriting has one rule: there are no rules. Instead, there are tips, suggestions, and learning from other songwriters whom you respect. So here are seven songwriting tips from some of the most respected songwriters. All of these people have written numerous hit songs.

1. Collaborate with other songwriters

When writing with another songwriter, you can learn from them and also get constructive feedback on your ideas.

“I love being around great writers,” says Beyonce. “Because I’m finding that a lot of the things I want to say, I don’t articulate as good as maybe Amanda Ghost, so I want to keep collaborating with writers. And I love classics and I want to make sure years from now the song is still something that’s relevant.”

The power of two (or more) can create lasting music.

[7 of the Best Collaborative Music-Making Apps for 2019]

2. Be quiet and listen

In an interview recorded in the book Songwriters On Songwriting, Bob Dylan said, “Poets do a lot of listening.” Coming from one of the most respected songwriters of all time, I think we should listen to that. The irony of not listening to Dylan on this matter is not lost on me.

The great Stevie Wonder understood the importance of being quiet and listening.

The folks over at SongTown talk about “writing real,” which is an exercise that helps you give focus to your songs. You write one or two sentences in a way you’d say it to the person in real life — in plain English. No filters, just say what you want to say.

Taylor Swift got this idea.

“My advice to first-time songwriters would be you know the person you are writing the songs about,” she says. “First know that. Then write a letter to them, what you would say if you could.”

Sometimes you just need to get away from the noise. Sometimes it can really help to have a space of your own that encourages your creativity to come out.

“I find I write best when I sit myself down, have a coffee, go into wherever my space is,” says Billy Joel. “And I have to have something that I like to look at because there’s a lot of dead time in the writing process...I like to have a view of the ocean.”

5. ...But don't rely on your songwriting space

On the flipside, a good songwriter can write anywhere, anytime.

“Inspiration is for amateurs,” says the legendary Leonard Cohen. “The rest of us just show up and get to work....A writer who waits for ideal conditions under which to work will die without putting a word on paper.”

Paul Simon talks about “discovering” his songs rather than “inventing” them, almost like exploring a city you’ve never visited before.

“It’s like you’re wandering down a path and you don’t know what the destination is,” he told American Songwriter. “Somewhere, toward the end, you can sort of see what the destination is and you can understand what the journey is about....It usually just goes along as a story that I’m telling, and I’m a listener, and at a certain point I say, ‘Oh! That’s what it’s about.’

...The only thought that I give to it is: ‘Is that something that I really believe?’ It doesn’t have to be insightful or anything. It just has to be not a lie. I can’t say, ‘I’m setting out to write a really deep, philosophical song.’ I would never say that. I have no idea.”

Even Sir Paul McCartney has this attitude, saying he’s not some expert who has the secret to writing hit songs.

“You never get it down,” he told NPR. “I don't know how to do this. You'd think I do, but it's not one of these things you ever really know how to do.”

These great songwriters weren’t trying to write hit songs, they just loved the craft of songwriting. They were doing their own thing, having fun, and constantly trying to better their songs. And I think we can all learn from that approach.

Follow in their footsteps and maybe you’ll end up writing a hit song someday.

Get more songwriting tips from the Sonicbids archives: