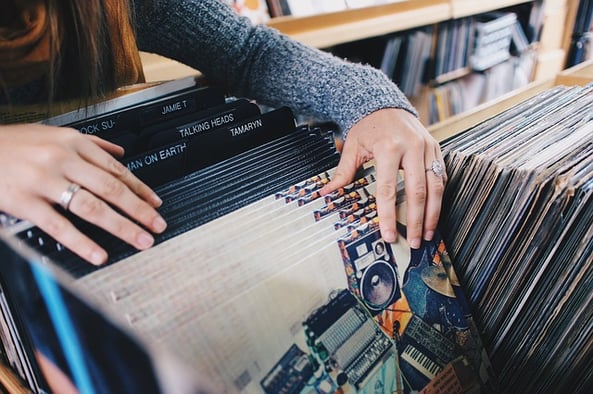 From humble beginnings in digital keyboards and samplers, all the way to the modern, internet-connected digital home studio, the evolution of music has run mostly concurrent with the development of digital technologies. CDs, cassettes, and vinyl have largely been challenged in power by streaming audio and MP3s. Expansive and expensive recording studios have been closed, but not before their precious gear could be analyzed and turned into software for replicating their properties on a computer. It's now possible to record entire albums without playing a note (in the strictly physical sense). Entire bands can be replicated. A small laptop can contain and create the sounds of a million dollars’ worth of obscure vintage mixing boards. After recording, a band can upload their music and artwork to Bandcamp, then share and sell it around the world to eager listeners. After the music is streaming, there are a multitude of ways to promote the recordings, all from your own home.

So, why should anyone bother releasing their music on a physical medium at all?

Like every large technological shift, people are eager to dismiss the past so they can welcome the future with wide, open arms. While digital technology offers lots of exciting possibilities for musicians, there are still many things lacking, some of them easier to understand now that the dust is settling. It can be hard to decide whether you should release your music on vinyl, or even cassette or CD. The important thing is understanding these seven reasons why releasing your music only in a digital format isn’t enough.

The next time you have a chance, hold a vinyl record cover next to your computer screen. Unless you have a very large screen, the vinyl record cover will be larger. Vinyl records have a large advantage over all other forms of recorded media by offering a large canvas for musicians to play with when shaping the look and feel of the total package of the music they're releasing. This experience doesn't translate well to digital. iTunes doesn’t offer much in terms of size for viewing the recording’s artwork. Even thumbing through a cassette J-card insert, complete with lyrics and art and credits, is better than looking at a flat PDF on your laptop.

No matter how much you like creating special folders for your downloads or assigning each file special names, there's nothing unique about the files you download. Each file is only the necessary data to make up the recording. No more, no less. Files are not hand numbered, cannot be inscribed, don't have a dating that affects its quality or contents. There are no surprises in digital files, and they mostly exist as a means to an end.

The odds of you, your friends, or your audience having high-fidelity speakers and equipment for listening to streaming audio is slim. What's much more likely is that when your song is streamed, it'll be listened to through tiny proprietary laptop speakers or a smartphone's miniature single speaker. These two options are nearly devoid of any bass or balancing to render a realistic version of the song they're hearing. Releasing your music on vinyl, CD, or even cassette increases the likelihood that your recording will be heard in all its glory. That’s because to play these formats, one must have some sort of setup for playing the music back, which more often than not involves much better equipment than what is built in your laptop or smartphone.

4. Physical copies are a conversation starter

If you’re really out promoting your music, there's no better way than to actually have copies of it on you when you're out at shows and parties. Not only will you look cool, you'll have a reason to talk about your music and show whoever's interested a quick glimpse of your hard work. If you meet someone important, you can give him or her a copy like a business card so he or she can contact you later. Most importantly, having copies of your music on you lets you avoid having to make lame excuses like, "Oh I forgot my music at home" after your bring up that your band just put out a new album.

Physical copies of music can attract and communicate to your audience before they even hear a single note. Whether it’s the artwork or the logo, visual statements on your music offer built-in advertising you can’t get from a faceless digital media file. The mere presence of your physical music at a record store, on someone’s shelf, or in someone’s car can inspire conversation and motivate someone to listen to your music.

6. Sales of physical media matter to those who matter most

If you're a musician who's trying to get the attention of music industry people who can help you, then having a physical copy of your music is crucial. Record labels want to see that you've released a physical recording before taking you on to release more. Agents, managers, and bookers all want to see that there's a physical existence to your band outside of what they see on the internet. Being able to tell any of these kinds of people with confidence that your project is selling records is sometimes all it takes to be handed an excellent opportunity.

7. Releasing your music physically proves you're on the map

If a recording is released in the woods and no one hears it, was it really released? The answer is, of course, no. But having a recording is the first step to actually getting your music heard. That’s because you can now contact reputable media outlets with press releases and interview requests, because you now have something they want to talk about: a physical music release. Contact your favorite blogs, zines, local rags, even national publications with a formal introduction and information on where to purchase your recording (even include a way to download it digitally so they know you aren’t just making it up). If the music’s good, they'll take you seriously, and they wouldn’t have considered it if it weren’t for the fact that your music is on a vinyl record.

Do you think musicians still need physical albums? Sound off in the comments below!