7 Signs It's Time to Release Your Full-Length Album 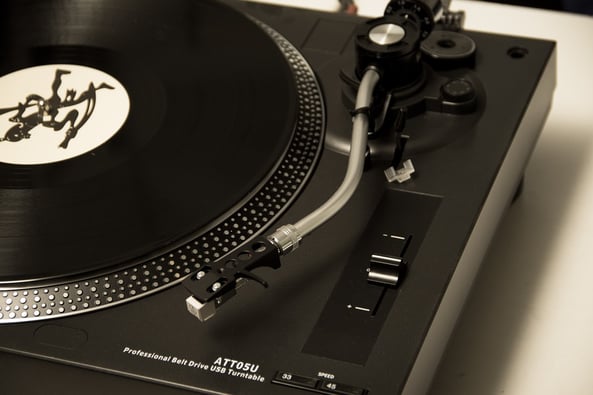 There’s an old saying in rock 'n' roll music: it’s a long way to the top if you want to rock 'n' roll. Success doesn’t come easy, and it takes a lot of hard work. But with some thoughtful planning and (obviously) great music, you can make certain moves that will expand your audience while gaining wider recognition for your music. One of these moves is essential to the success of any musical endeavor: releasing a full-length album.

The full-length as the gold standard

The full-length album is the standard format for any serious release by any musician. Whether it’s six songs or 20, calling a collection of songs an "album" and giving it an awesome name, cover, and packaging is something that must be done to establish the identity of the musical project. But when is the right time to release a full-length album?

Because of artists' abilities to promote their music online with platforms like Bandcamp and Facebook, "releasing" music has a whole new meaning. A recording that's self-produced can be released at any time. But whether or not music released online is "official" remains another story.

Most musicians and fans will agree that to make an album or release "official," there needs to be a cohesive, ownable package. Something that you can take home and dig into to explore what the band’s really all about. Record labels and critics consider full-length albums the standard format for judging a band, period. Many agents and agencies will not work with bands that haven’t released one or more successful albums.

How to know it's time to release a full-length album

But is your band really ready to put out a full-length album? With production costs for musicians skyrocketing and manufacturing costs for vinyl records going through the roof, the more music you put out, the more expensive it will be. This can make each album a musician releases very expensive.

If you’re on the fence about whether it’s the right time to release a full-length album, here are seven signs that it might be time.

It's crucial to have already released some sort of recording before considering the release of a full-length album. While this isn't always the standard, releasing something prior to your full-length will give you a taste of what people think of your music and whether or not it's marketable.

For a budget-minded band just starting to release music, it might be best to release just a single or an EP of four or five songs. This way, if you consider what it costs to release music on a per-song basis, a band doesn’t have to spend as much to get their music out. It's also less risk: if the shorter release does well, it'll justify the effort for the band to record an entire album.

2. The recording is out of print (or close to it)

Considering the overhead costs that go into the entire production of a single piece of recorded music, it's wise to get the most out of every recording that's released. By focusing on maximizing the impact of your release, you set the stage for the next one. Make sure you've done the most with your previous recording before moving onto a new one.

3. You have solid, regular attendance at local shows

Everybody wants to make a full-length release to prove that they're serious about music, but does anybody want to sit through that much of your music? The only way to be sure is by playing live. If you’ve built up a solid following in your town, that means you have a market to offer your recordings to.

4. You have toured at least once behind your last release

Besides having a solid local fanbase, it's important for musicians to get out of town and spread their music to places that haven’t heard it. There are certain standards for going on the road that need to be met, so hitting the road serves not only as an opportunity but a standard for musical accomplishment.

5. You've been selling merchandise on tour and locally

When you play out, hopefully you’ve been selling cool merchandise emblazoned with your project’s name. If you’ve been playing well and have garnered support for your last release and live performances, you should be selling merchandise. This is another great indicator that people are ready for a full-length album. These are fans of your music.

6. You've been asked, "When's your record coming out, dude?"

If your band has been getting out, playing excellent shows on the road in town, and selling some merch and music you’ve already released, hopefully your peers and friends know about it. So when people start asking you, "Hey, when’s the new album coming out?" you can start to get excited about getting the full-length together.

7. You can play your full-length album to anyone without apologizing for anything

The true gold standard for knowing it's time to release a full-length is when you have a large group of recordings that you can play for anybody and never have to apologize. That means you’re happy with the production, the sound, the performance, the songs, the attitude, the statements, the styles – you’re happy with everything that's in the recordings, and you’re ready to live with those songs until they've been wrung out of meaning.

Only when you can put your music on and feel like it's perfect after achieving all these standards are you truly ready.