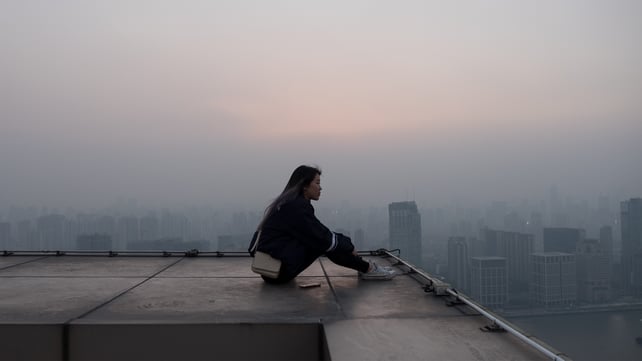 Ask any self-professed lifer, and they'll admit it freely: making a career as a DIY, independent musician is not easy. At some point, you may want to abandon music-making in search of a more financially stable and less emotionally and physically trying path.

For some, that may be the right move; nobody has any business faulting you for making a choice with your own well-being in mind. But a big-picture mentality – recognizing the ruts as temporary and making steps to skirt, or at least smooth over, the next potential set of bumps – can help you regain the strength and focus you need for the long haul.

It's totally understandable that the slew of inherent struggles, like relentless touring, penny pinching, and constantly pouring your soul out in the studio and onstage only to feel stagnant afterward, would wear you down.

Before you call it quits, though, consider our best advice to get through these seven disheartening moments most artists endure at one point or another.

1. When you have a dismal turnout

Booking the date, securing a lineup, all those hours of practice, a perfectly planned and delivered promotional strategy – even if you do all that, there's always the chance that the crowd doesn't come out. It's disappointing, yes, but it's not necessarily a reflection of your work or your worth.

The low turnout could be caused by a scheduling conflict. It could be due to weather. The bulk of your fanbase might be feeling particularly overworked and underpaid, and people were too exhausted or too broke to support physically or financially. These things aren't within your control; don't take them too personally.

There are times, of course, when a mistake in booking or advancing the show could be to blame. Dwelling on your missteps, though, won't do much for sturdier chances next time around, and trying to pinpoint exactly what went wrong is often a futile effort. Your energy is far better spent thoroughly plotting your next performance.

Dismal turnouts happen to everyone, even seasoned acts. Remember that, and move forward. Get started on the next gig sooner rather than later.

2. When your album is majorly delayed

One of the worst-case scenarios within this struggle is when you've got an album release show planned and fully promoted and a massive delay leaves you with no physical copies to offer at the actual show. How embarrassing, right?

Not exactly. Album delays are a universal issue for DIY and indie releases. Vinyl pressing plants have been severly delaying orders over the past few years, causing bands and artists to push back releases.

Of course, that's not the only reason folks in the independent realm sometimes fail to deliver as scheduled. Sometimes the funding isn't there, no matter how much effort was put into financial planning. Things happen.

It's a complete bummer, of course, but your fans will understand. Again, it's not really uncommon. Don't let a hold up in releasing physical material get you down. You've already done so much hard work. that, and rework your plans to ensure you can properly celebrate once your order finally arrives.

3. When you get ripped off by a promoter or venue

This one's doubly depressing: not only are you hurt and feeling taken advantage of, but you're also now missing income you'd been counting on. A situation like this, though, is a chance to band together with your DIY community.

Whether this happened at a local show or while on tour, consult other bands. Has anyone else had this problem? If it's a recurring one, you could work together to right a long-standing wrong. At the very least, you could help another band avoid the same terrible experience.

It's not okat, obviously, that these things happen. It's absolutely unfair to bands and artists to welch on an agreement. (If you didn't get a formal agreement, you'll want to get one next time.)

Don't let one awful promoter or venue spoil your enthusiasm for the overall effort, though. There are tons of people in the DIY world who aren't looking to fill their own pockets but who do actually, truly, seriously care about artists and musicians.

[Lesson Learned: I Got Ripped Off by a Venue]

4. When you're forced to cancel a show

Everyone's had to bail on a commitment before, but when you've got a fanbase, canceling a scheduled event has a broader impact. You may feel like it's disrespectful, you may feel humiliated –either way, hiding under a rock forever is tempting.

If you can, explain to your fans why you've been forced to cancel. In all likelihood, they'll be empathetic. When it's a very personal situation and you don't want to divulge much, don't – they'll likely get the gist and won't criticize. People can be more understanding than you'd expect. Consider the cancelation an opportunity to make the rescheduled event even better.

5. When your gear is stolen

The obliteration of your sense of security and the overwhelming creepiness that someone's invaded your privacy are feelings that go hand in hand with experiencing a break-in, and really, those are the mildest emotions in an it-could-have-been-worse scenario. If your tour van is cleaned out by a thief, you can add to that a feeling of hopelessness. All your gear, gone – like that.

Once you've gone through the legalities – filing a police report, etc. – you should lean on your friends. Call out to your network, your fans, your family – anyone who'll listen. Be open about what happened. People will listen, and someone (or multiple people) may be able to help by loaning or donating gear; your fans and friends may even want to facilitate a fundraising campaign.

Whether it's one item stolen or the whole shebang, don't be afraid to ask for help. It's likely people will want to support you – and while compassion from others can't replace gear with sentimental value, it can certainly rebuild your faith in humanity.

6. When you receive a negative review

Any press is good press, right? Sort of. When you read a bad review of your music, you can't help but be bummed – or angry, even.

Think about where it's coming from, though. Was it a deliberately hateful write-up with little-to-no logic behind the writer's distaste? Then ignore it. But oftentimes, there's commentary in there that could be constructive and notes rooted in real issues, rather than just the writer's personal taste.

Once the shock of a surprise bad review begins to wear off – because it will – try to actually consider its points. Could you be doing something differently that would improve the public's reception? Is this an opportunity to learn and improve your work?

It's up to you how much power you want to give critics, really. Reviews are subjective by nature. In the end, what matters most are your fans; that's the criticism (or praise) you should listen to most earnestly. Keep them happy, and the critics will come around – or not. Your success shouldn't be gauged solely on press response.

[How to Make a Bad Review Work for You]

7. When you're dirt broke

Did you also see the report that nearly half of the US doesn't have $500 in savings? We definitely saw it and wondered how much lower that number would be if it were only independent musicians polled. For so many musicians, surviving in the double-digit bracket is all too real.

You can take solace in the fact that you aren't alone, of course, but that doesn't exactly fill the gas tank or your stomach. Depending on your situation, you may need to take steps to remedy it in a lasting way.

You've got options. You can take a break from touring or scale back on music-making to find work. You may want to rethink your funding. Are you spending too much of your own money on the band rather than generating income specifically for it? Are you being as frugal as possible while on tour? In general?

We're not saying there's a simple solution to any independent musician's money problems, because there isn't. Each person has his or her own set of issues, struggles, and obstacles. The point is to not get stuck in the mires of a meltdown about finances, but instead work to improve your situation as best you can.

Ask for advice from friends and family. Read up about money-saving and budgeting tips. Remember that it's okay to step back and rearrange how you do things, even if that means an extended break from doing what you really love. Just come back to it when you're ready.