8 Signs You're Being "That Guy" Onstage 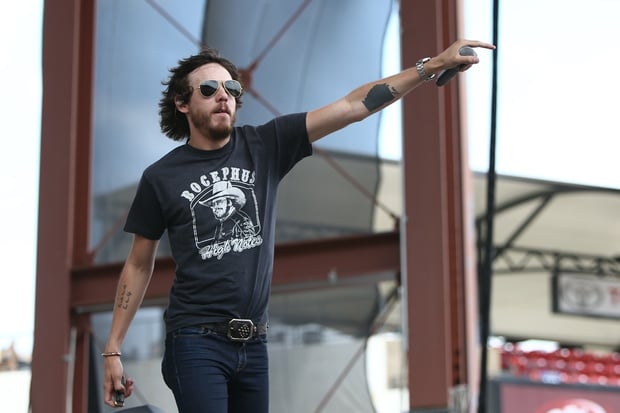 This isn't the first time we've discussed the etiquette expected of musicians when working with a sound tech at a show, but unfortunately it bears repeating. Here's a quick list of how you can avoid being "that guy" onstage!

1. Playing blast beats on your drum kit while I'm trying to mic it up

I understand you may be excited to get your set started. Maybe it's a busy club with five bands on the bill for the night, and you don't feel like you got a chance to settle in back there or maybe you need to warm up. I get it.

The problem is that now, I can't hear anything except the piercing tinnitus-like squealing in my ear that was under your crash cymbal when you decided to lay into it as I was adjusting the kick mic. Let me mic you up, then you can let loose.

Stop right there. Any time you have to qualify a statement with something like that, you should probably not finish it. Additionally, if you do actually "do sound" somewhere else or in another capacity, you would know that there are much better ways to make your feedback heard and taken to heart.

I'm not a wannabe, couldn't-cut-it musician whose only chance to hold onto any semblance of musical connection is to mix at this club. I actually went to school for this and have spent countless hours on the road and in clubs doing it. So while I may not be Dave Rat or some omnipotent audio deity, I actually manage to make things work out well most of the time, so thank you for giving me the chance to do so.

I bring a lot of spare things to gigs, as I know a lot of people forget things. However, that shouldn't be expected of me, and I'm not the guitar department at Sam Ash. This is your show with your instrument. Make sure you bring what you need at the bare minimum, and it probably wouldn't hurt to have some backups on hand. If you're hired to paint a house, you won't be a painter long if you show up to the job asking if they have any brushes or drop cloths you could borrow.

4. *Finishes playing second song in set* "How does it sound out there?"

I've mentioned this one before, but it happens way too often. Now you've not only lost your one ally out in the house, but you've managed to glaringly display your own ignorance on how any of this works. To put this in another light, it would be like lobbing publicly passive aggressive jabs at the person who's belaying you on a rock climb. I mean, they probably won't let you fall. But then again...

Hi! My name's Aaron. I probably took the time to tell you that when we were discussing the needs of your set for the evening. I'm amazing with faces, and terrible with names myself. All I ask is you try and perhaps not bark "Garçon!!!" at me and snap your fingers, because I will, too, guitar dude.

Don't twist my knobs, and I won't tell you what you could be doing better with your singing. On the other hand, if you want to talk to me about getting the sound you're looking for and we can work together to get there, for I'm all ears.

7. Rolling in 15 minutes before the doors open, with a full rig of IEMs and 12 channels of DI playback

I value myself on being very quick and efficient under pressure, but if you even think for a moment that your rig involves anything considered above and beyond a "typical" setup, come early or get in touch with me ahead of time. There are no stupid questions, I'm more than happy to let you know that I have you covered and you need not worry about it.

The only thing that's stupid is showing up with flight cases of gear that involve your own patch bay breakouts and finding enough RF space for six body packs without letting me know ahead of time.

8. Talking shit about the venue staff or techs at other venues in town

This industry is infinitely smaller than you imagine, even in the largest markets. There's a good chance I probably know them, and a reasonably high chance that I'm even friends with them. Odds are they're great people and they know what they're doing. So if there's a problem, I hate to break it to you, it's not them.

Next up: Why is the Sound Guy So Angry? The Talent vs. Technician Paradox