How Many Repetitions Is Enough to Learn a Song? Here's What Science Says 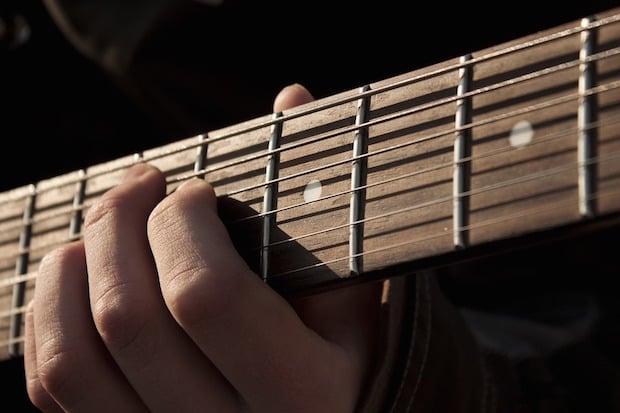 You know those happy moments in the practice room when you experience a tiny breakthrough, and after having struggled for a while, you can finally play a passage exactly like you want? Feels like cause for celebration, right?

Well, as a kid, I would reward myself for my achievement by putting my violin down and taking a practice break. Sometimes stretching into the next day…

This seemed like a reasonable enough thing to do at the time. Of course, now that I have kids, this sort of thing drives me nuts. I mean, you get through your Tae Kwon Do pattern without incident just once, and you’re ready to move on? What?!

But how important is it really to practice beyond this point? Sure, we can always do more, but might it be that learning to the point of proficiency is enough sometimes.

Say you're working on a passage and keep having memory glitches or play a few notes out of tune, but with a bit of work, you finally get through the tricky spots without incident. Moving on to a new skill or a new passage at this point would be called “adequate” learning, because presumably, you’ve ironed out the problem areas and have reached a certain level of proficiency.

If, however, you continued to work on the passage beyond the point of reaching proficiency, you would be engaged in “overlearning.”

Surprisingly, there isn’t as much research out there on overlearning as one might think, but it does seem that there are some benefits – particularly in the area of retention.

An “overlearning” group practiced until the same point, and then some. (Specifically, their training was extended by however many repetitions it took them to get to an error-free level. This is known as 100 percent overlearning. Engaging in half as many repetitions as it takes to reach the target level of proficiency is known as 50 percent overlearning, and so on. So if it took them 30 tries to get it right, they did a total of 60 repetitions.) In general, it took an extra 15-20 minutes for soldiers to complete their extended training.

A third group practiced until proficiency, and four weeks later had a “refresher” session where, like the overlearning group, they did as many repetitions as it took for them to get it right in the first session.

Eight weeks after their initial training session, all three groups were tested on their M60 disassembly/assembly performance.

As you can imagine, both the overlearning group and refresher group outperformed the control group at the eight-week mark (by 65 percent and 57 percent, respectively). And while their performance at eight weeks was pretty similar, there were some meaningful differences between the two, which suggests that overlearning may have been a more effective approach overall.

The overlearning group not only executed the skill (mostly) flawlessly during their extended training time, but they also got faster, cutting 12.74 seconds off their time (189.6 to 152.2 seconds) from their first error-free performance to their last practice attempt of the day. To me, this speaks to greater automaticity of the skill – the ability to perform the skill more efficiently and effectively without having to think one’s way through every step.

By comparison, the refresher group had forgotten quite a bit by the time they had their refresher course four weeks later, averaging more than five errors on their first practice attempt. In fact, most of the soldiers failed to complete an error-free trial before the end of their refresher training session, and the overlearning group demonstrated better performance after eight weeks of not touching an M60, than the refresher group did after four weeks.

This suggests that overlearning leads to gains that last longer than simply practicing up to the “good enough” point.

In another study, 20 surgical residents were tasked with practicing a common gall bladder removal procedure.

Everyone practiced the procedure (on a simulator – not real people) until they reached “proficiency,” which was defined as achieving a score of 80. Once they reached proficiency, 10 of the residents did no further practice of the skill. Meanwhile, the other 10 residents continued to practice, putting in as many repetitions as it took for them to reach the score of 80 in the first place (i.e., 100 percent overlearning).

To gauge the impact of overlearning, both groups were tested one, four, and 12 weeks later, and were evaluated on their simulator score, how long it took for them to perform the procedure, and accuracy.

So while extra practice does take more time and effort in the short term, it seems to have benefits in the long run. And like the soldiers in the previous study, the overlearning group’s ability to perform the procedure faster suggests a higher level of automaticity.

It's like the difference between a capable but hesitant new driver on a learner’s permit, and an experienced cabbie who can navigate city traffic and parallel park without a second thought. I mean, if you accidentally chopped off the tip of a finger while preparing dinner, which one would you want driving you to the hospital?

How much overlearning is enough?

While overlearning seems to be a good thing, it’s not so clear how much overlearning is best. More seems to be better, but there is a point of diminishing returns, in which doing more takes a ton of time and energy, but yields relatively little gain. Besides, overlearning for the sake of overlearning can lead to mindless, ineffective practice and do more harm than good.

But what I like most about the idea of overlearning is how the overlearning protocol could increase motivation and focus during practice. Because if you know that the amount of overlearning you have to engage in is a function of how long it took you to get it right in the first place, wouldn’t you be really motivated to figure out how to achieve a level of proficiency in fewer repetitions?

So the next time my kids are slopping through their Tae Kwon Do patterns, maybe this will be a twist that could boost their motivation to buckle down and make each repetition count. Then again, they’re pretty crafty little buggers, and have foiled most of my attempts to “psychology” them in the past…

Noa Kageyama, Ph.D. is a performance psychologist and Juilliard alumnus & faculty member. Noa teaches musicians how to beat performance anxiety and play their best under pressure through live classes, coachings, and an online home-study course. Based in NYC, he is married to a terrific pianist, has two hilarious kids, and is a wee bit obsessed with technology and all things Apple.